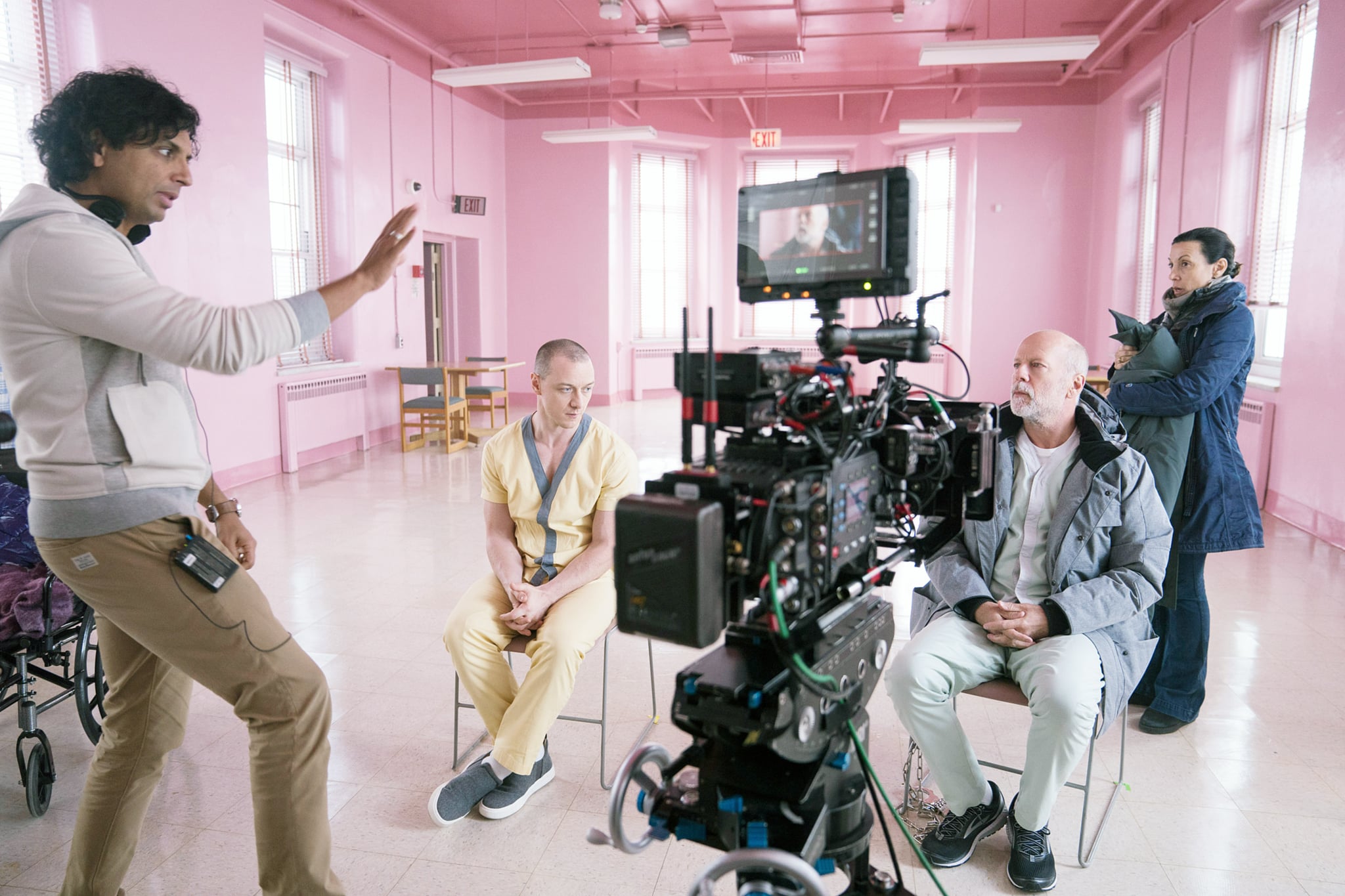 While sitting down with Fandango, the director explained how one of Kevin's many personalities, a Southern man identified as "Luke," is actually a nod to the film's real-life editor, Luke Ciarrocchi. Apparently Ciarrocchi has a notorious habit of spoiling the ends of films for his friends, which is why Shyamalan has McAvoy-as-Luke say in Glass, "Everybody knows the priest dies at the end of The Exorcist."

Related:
The Beast, Patricia, Hedwig, and More: Your Guide to All 24 of Kevin's Identities in Glass

"Luke is one of the editors on the movie, and he has a bad reputation for telling you the ending of movies. So when we're at lunch, whenever he says, 'Oh, I saw that movie.' He'll inevitably start . . . and we'll all say, 'Stop! Stop! Stop!'" Shyamalan jokingly explained during the "Director's Scene Breakdown web series. "And he gets angry at us and says, 'What? I'm not going to say anything. I'm not going to say anything.' And then he'll say something like, 'Everybody knows . . .' And we all just scream at him, and he gets angry and just storms off. He'll be very angry I told you this . . ."

The scene starts around the 1:35 minute-mark in the video above, so check it out! And once you're done watching, make sure you prep yourself to see Glass by refreshing yourself on everything that happens in the trilogy's first film, Unbreakable.