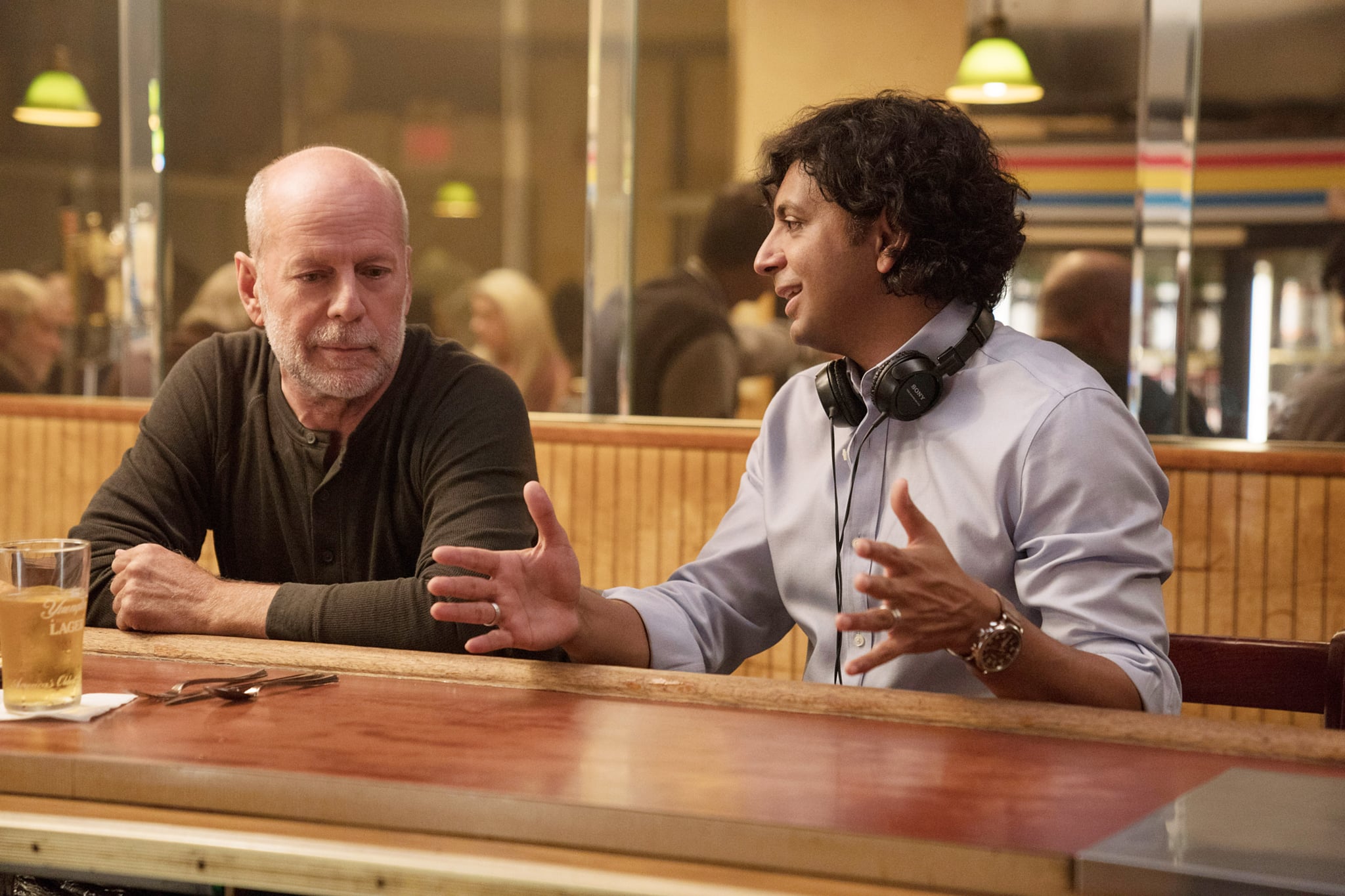 Warning: big ol' spoilers for the ending of Glass below!

Well, folks, the final film in M. Night Shyamalan's Eastrail 177 Trilogy, Glass, has arrived, and we have a few questions. For instance, what in the world makes Casey (Anya Taylor-Joy) think hanging out with Kevin Wendell Crumb (James McAvoy) again would be a good idea? Why doesn't David (Bruce Willis) carry a snorkel with him at all times? And why, why oh why, did Sarah Paulson let someone dye her hair that particular shade of orange?!

Although we don't have the answers to those questions and likely never will, there is one thing that we can answer for you: is Glass actually the end of Shyamalan's trilogy or is another film in the works? At the moment, the director himself has asserted that yes, the Eastrail 177 series is done. For good.

Shyamalan recently told Vulture that, technically, the universe he created "could" continue, but he also noted that he has no plans for another installment in the series. "That's not interesting to me. There's no danger in that. Or not enough danger, let's say that," he said of creating an entire cinematic universe based on Glass, Split, and Unbreakable. "We're not doing that, though . . . I have the sequel rights to most of my movies, essentially for the reason to not do them."

Shyamalan experienced a flood of goodwill in Hollywood after the success of his 2015 found-footage horror film, The Visit, which he followed up with 2017's Split, an effective, chilling horror film starring McAvoy as Crumb, a man with dissociative identity disorder struggling to keep all 23 (that's right, 23) of his wildly different personalities in check. The final minute of the film ends up revealing that — surprise! — Split takes place in the same universe as Shyamalan's bleak foray into the everyday-man-turns-superhero genre, 2000's Unbreakable. That's what made fans of Split so excited for this year's Glass, which connects the core characters and events in the previous two films — Crumb, David Dunn, and Mr. Glass (Samuel L. Jackson) — for a twisted showdown.

Glass doesn't have a postcredits scene, which further supports the director's claim that the trilogy is indeed over. But then again, so many plot points are left up in the air by the time the movie wraps up. Shyamalan introduces an entire subplot about Paulson's character, Dr. Ellie Staple, working for a nefarious government organization that eliminates superheroes by any means necessary at the last minute, for example. (Shyamalan deliberately zooms in on everyone in the organization's three-leaf clover tattoos, which all but screams, "Don't worry, WE'LL GET TO THIS IN THE SEQUEL!") And then there's the matter of Casey (along with David's son and Mr. Glass's mother) releasing footage of David and the Beast going head to head, which will supposedly awaken superpowers in people across the world somehow?

Needless to say, it seems like Shyamalan deliberately leaves the door open for more story at the end of Glass, no matter how many times he repeats he won't be doing another movie in this series. How can someone who's been waiting literal decades to get this trilogy on the big screen wrap things up with so many loose ends?! He's had plenty of time to formulate a concrete ending for the saga of David, Crumb, and Mr. Glass. That's what makes it seem like, if the movie succeeds at the box office, a spinoff is in our future. Whether it stars Casey or one of the new superheroes who realizes their powers after watching Mr. Glass's live stream . . . well, you'll have to ask M. Night Shyamalan about that.

Matt Damon
Ben Affleck, Matt Damon, and Viola Davis Team Up in New Movie About the Rise of Air Jordans
by Victoria Edel 3 hours ago

by Kate Schweitzer 8 minutes ago