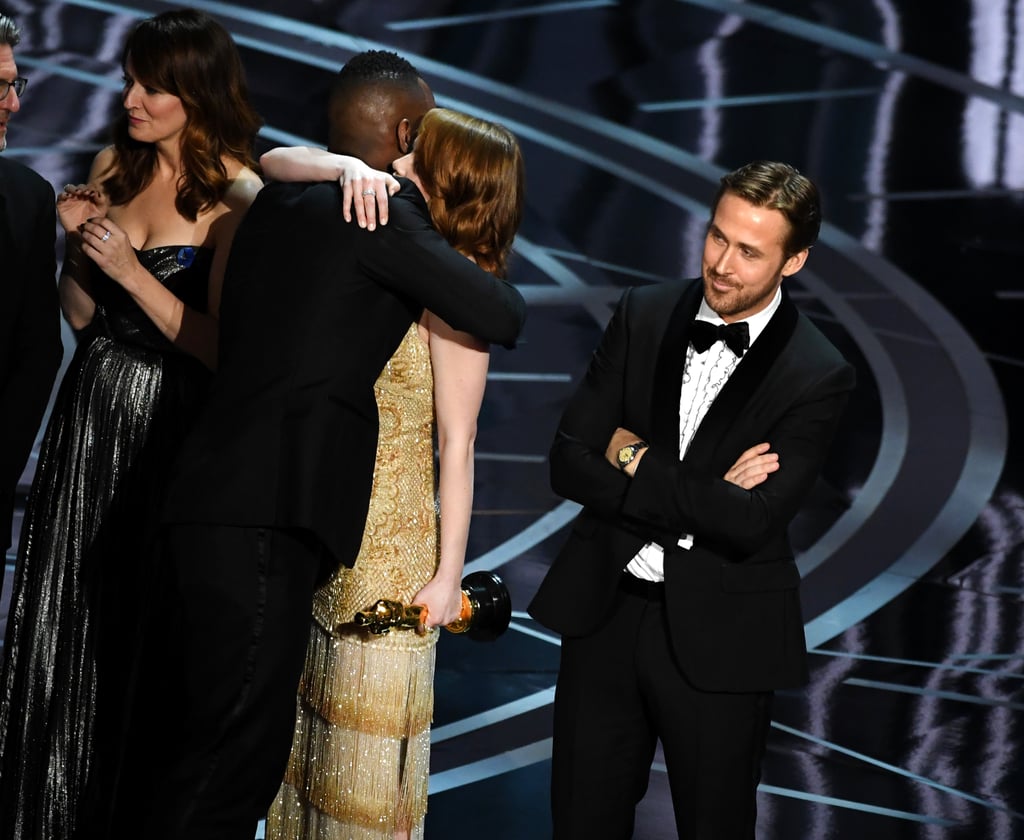 This year's Oscars ended with one of the biggest surprises in history. In case you've been living under a rock and somehow missed it, Warren Beatty and Faye Dunaway pulled a Steve Harvey when they named La La Land best picture instead of Moonlight, the rightful winner. While the flub was definitely awkward (and actually exactly like the ending of La La Land), producer Jordan Horowitz stopped everything and announced, "There's a mistake. Moonlight, you guys won best picture. This is not a joke. Moonlight has won best picture," before holding up the card for the cameras, which read Moonlight. From Emma Stone to Damien Chazelle to Ryan Gosling, see how the cast of La La Land reacted to that entire mess.