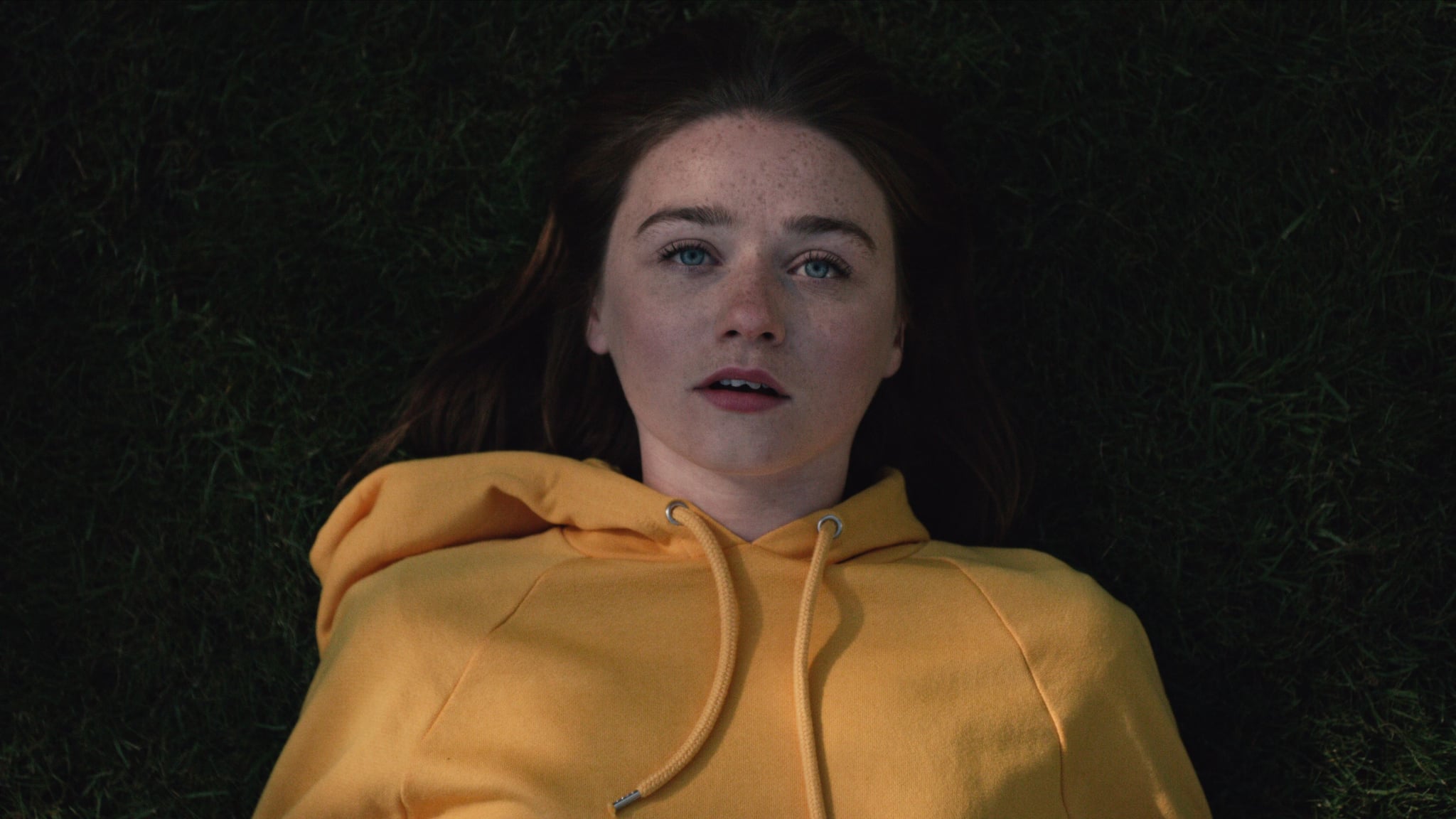 The End Of The F***king World opened with an unemotional, 6-year-old James dipping his own hand into a deep-fat fryer because he wanted to feel something. But as the audience would soon find out, intense and somewhat unbearable moments like that are accompanied by more lighthearted ones. Perfect example of one of those moments? That ultracatchy song that plays in the first episode as we watch Alyssa and James meet for the first time in their high school cafeteria.

I mean, all while he is planning on how he wants to murder her. But still, half adorable and heartwarming.

With a retro, old-timey sound, it makes sense that the version of "Laughing on the Outside" we hear in the television show, sung by Bernadette Carroll, debuted back in the 1960s. But, she certainly wasn't the first to sing it, and she probably won't be the last.

Turns out the song has been redone time and time again. Dinah Shore was the original singer, landing the song a spot at the top of the charts in 1946. Then, a month later both Andy Russell and Sammy Kaye covered the same song, making it one of the most popular songs during that time. Later the song would be adapted by the likes of Ella Fitzgerald, Aretha Franklin, Four Aces, The Harptones, Anita Bryant, and of course, Bernadette Carroll.

Each cover has given the old song a reinvented, brand new sound. Dinah set the stage for a classic, sad love song, while Aretha added some soul and beat. Bernadette infused the song with an infectious, teen pop sound, almost edging on being upbeat and making it perfect for the twisted teenage romance that unfolds across the eight episodes of the show.

Not going to give anything away but the chorus "I'm laughing on the outside, crying on the inside 'cause I'm still in love with you" is beyond relevant for the first few episodes.

Image Source: Netflix
MusicThe End Of The F***ing WorldTV
Around The Web

The Bachelorette
Is Clare Crawley a "Good" Bachelorette? That's Turning Out to Be a Complicated Question
by Amanda Prahl 6 hours ago