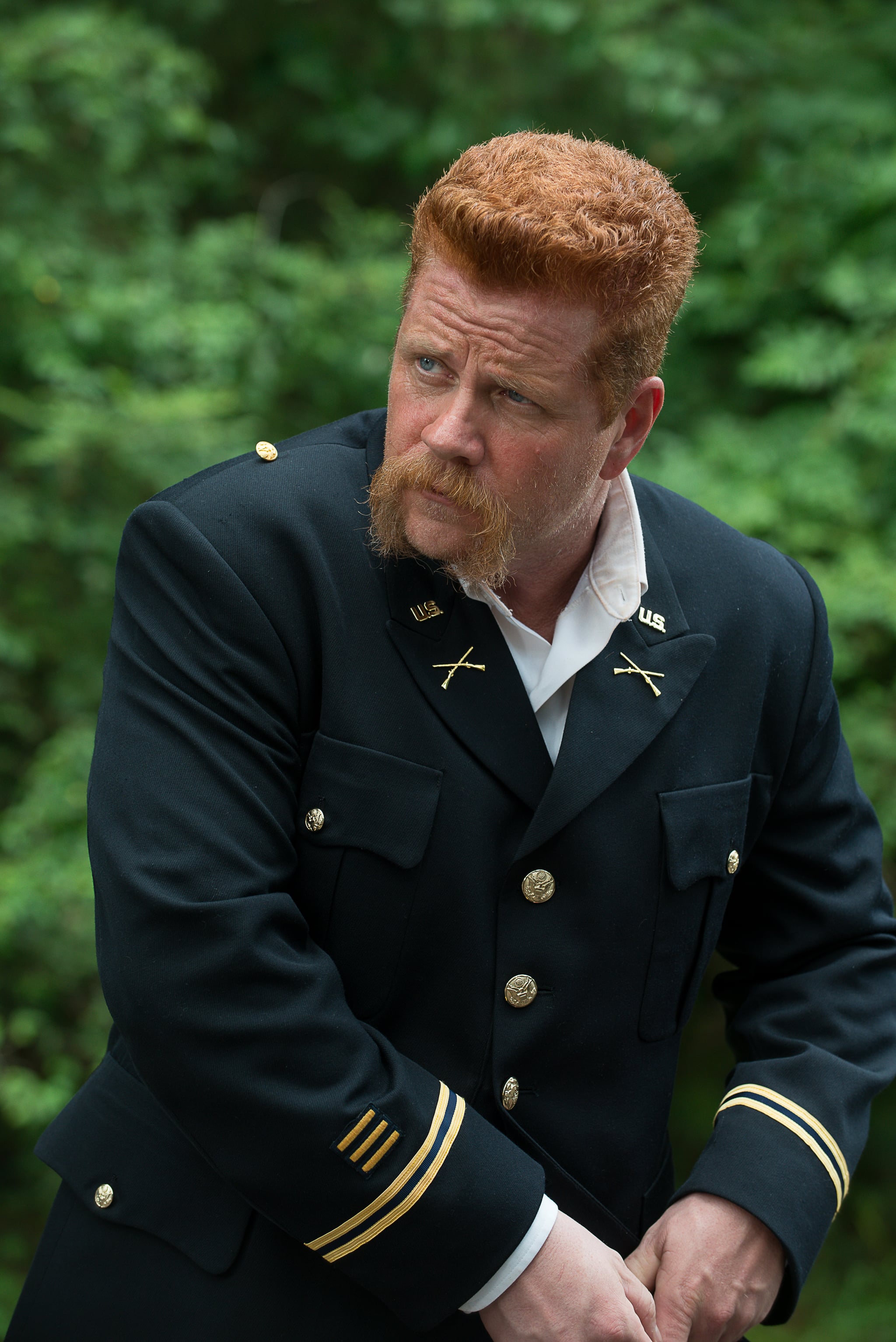 Once you get past all of the blood and guts flying around The Walking Dead, it's easy to see that the heart of the zombie drama can be found in its complex characters. One of them, gruff former Army Sergeant Abraham Ford (Michael Cudlitz), has consistently proven himself to be one of the more interesting personalities on the show since making his debut in season four. With season seven on the horizon and The Walking Dead: The Complete Sixth Season now out on Blu-ray and DVD, POPSUGAR sat down for a brief chat with Cudlitz to discuss what's in store for Abraham's love life and why his almost-death last season is even more shocking than we originally thought.

POPSUGAR: The season six finale was obviously pretty shocking for a lot of fans. What was your reaction to it?

Michael Cudlitz: I thought it was awesome. I think there's a tremendous amount of character development in that episode, and a lot of the stories really came together. I thought it was great.

PS: Some fans were a little surprised that Abraham left Rosita for Sasha last season — do you think they're good for each other?

MC: I think Abraham and Sasha see a lot of themselves in each other. When he got together with Rosita, it was more of a relationship of convenience. I think they absolutely fell in love with each other, but — and I hate this — it was literally the high school quarterback and the head cheerleader. The smartest, prettiest girl and the most badass dude. And they had a very small circle of friends, circle of community, so the alpha male and the alpha female finding each other is not that far-fetched. At that time there were no tomorrows. Everything was in the moment, and they were at war. Now, they're in a time when they're no longer at war. They're in a relative peace time. There is a tomorrow — there's a potential for a next week, a next year, and beyond. That makes you reassess and go, "what do you really want out of life?" So Abraham comes across Sasha, who's a soldier as well, smart, and caring, and he falls in love with her. The heart can't be denied. We honestly don't get to choose who we fall in love with.

PS: In the comics, your character dies in the same way that Dr. Denise did, with an arrow through the eye. Do you know if there was a specific reason why the writers switched the characters up?

MC: Well, [Robert] Kirkman was never happy with the death Abraham had in the graphic novels. He always said it was sort of a last-minute decision and that he regretted how he took him out. I think transferring that specific death of the crossbow arrow through the eye to Denise was sort of an Easter egg for the audience who follow the graphic novels. They know what that death should have been, but there's also nothing lost on the television audience by not knowing that. It was a little gift just for them. Her death spurs on a whole bunch of other stuff, and then the audience knows that Abraham will continue for a while now. Now we get to see what a world with Negan and Abraham both in it will be like. That's something we don't see in the graphic novels. So a lot of cool stuff happens. For me, knowing that his potential death had come and gone, it was a moment to go, "Oh cool, they really aren't going to stick with what the graphic novel does." As a fan of both the novel and the show, it was cool.

PS: Now that we know Abraham is likely going to be around for a while, what would you say is the most exciting thing about playing that character?

MC: He's just so much fun! I've been very fortunate in my career to have done a lot of different characters on a lot of different projects, but this is the most consistent fun that I've had. I can't wait to get the script each week to see what thing is going to come out of this dude's mouth next. I love it.