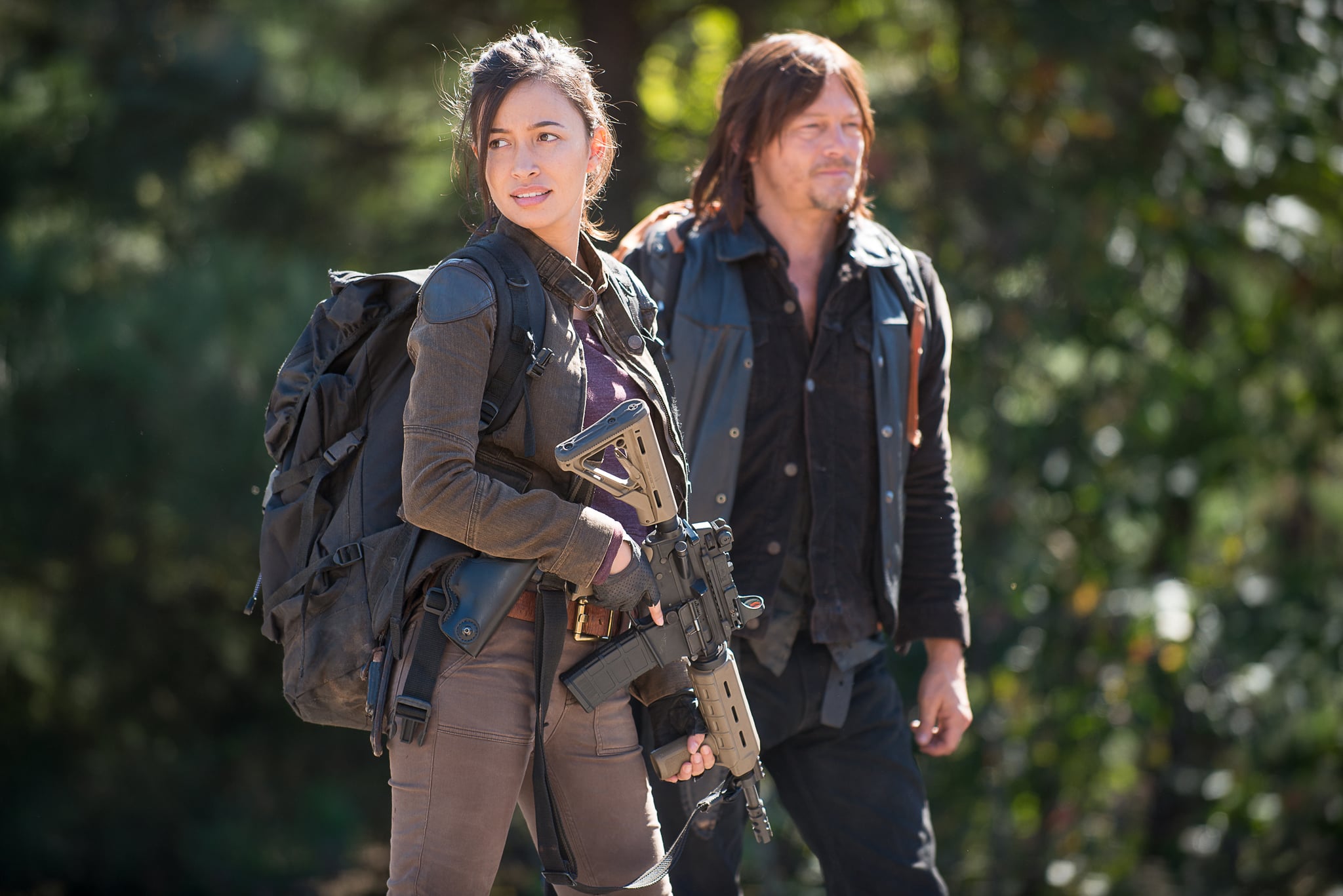 Warning: do not read if you're trying to avoid spoilers! There are nothing but spoilers below. Nothing.

This week's episode of The Walking Dead is just plain unfair. To recap, Denise goes on a supply run with Daryl and Rosita, because she has a feeling a nearby apothecary will have a boatload of medical supplies. As luck would have it, she's totally right. As luck — or lack thereof — would also have it, she's totally doomed. During another harrowing encounter with the Saviors, Denise takes an arrow through the damn eye. It turns out, though, Denise isn't the one who meets this fate in the graphic novels, it's Abraham. To me, this means two things: not only is the show's willingness to kill off newer, not-as-senior characters turning into ridiculous, statistical improbability, but there's a new, obvious point to consider when it comes to the dreaded season six finale.

First, let's consider the greater implications of the decision to stray from the comic books in this particular moment. Abraham is supposed to die here, and he doesn't. We're just two weeks from the season finale, which will bring the official debut of Negan, considered to be one of the worst, most vile villains in the entire series. In the comic books series, Glenn is the one who dies at the hands of Negan. The fact that the show has strayed from the comics again, and in such close proximity to the season finale, might suggest that it'll happen again in the season finale. That is to say, even though it seems like Glenn might be the one to go, there's a strong possibility the events of the show will defer from the events of the comic books. This strengthens the chances of Maggie losing her life or even a tragic turn for Carol.

Underneath these implications, though, let's take a moment to talk about Denise. She's the only doctor in Alexandria, and she's a makeshift doctor at best. It's worth noting that this is her very first time stepping outside the walls of Alexandria since the apocalypse officially started. It makes no sense that she'd be the only one to die in this scenario. Look, I get it. The universe in The Walking Dead is especially cruel. Denise's sudden death is a sure marker of that fact. And yet, how do the main characters continue to go on dangerous run after dangerous run without incident? How did they have a gun fight against upwards of 10 to 15 Saviors without taking at least one bullet?

There's a real imbalance in The Walking Dead's world, one in which all our favorite people seem especially lucky, especially blessed, and especially safe. I'm not wishing a main character would die, but it would certainly drive home the harsh reality that no one receives special favor in this bleak version of the universe. Then again, with Negan's debut — and the impossible-to-ignore implications that come with it — looming over the show like a dark cloud, there's a good chance sh*t might really hit the fan.