There's something special about American Horror Story's Pepper, played by Naomi Grossman. She's appeared in Asylum, as well as the latest season, Freak Show, making her the only recurring character ever in the history of the series. To promote the DVD and Blu-ray releases of American Horror Story: Coven, Grossman sat down for a group interview, where she revealed interesting insights into Pepper and Freak Show as a whole. Keep scrolling to find out what we learned! 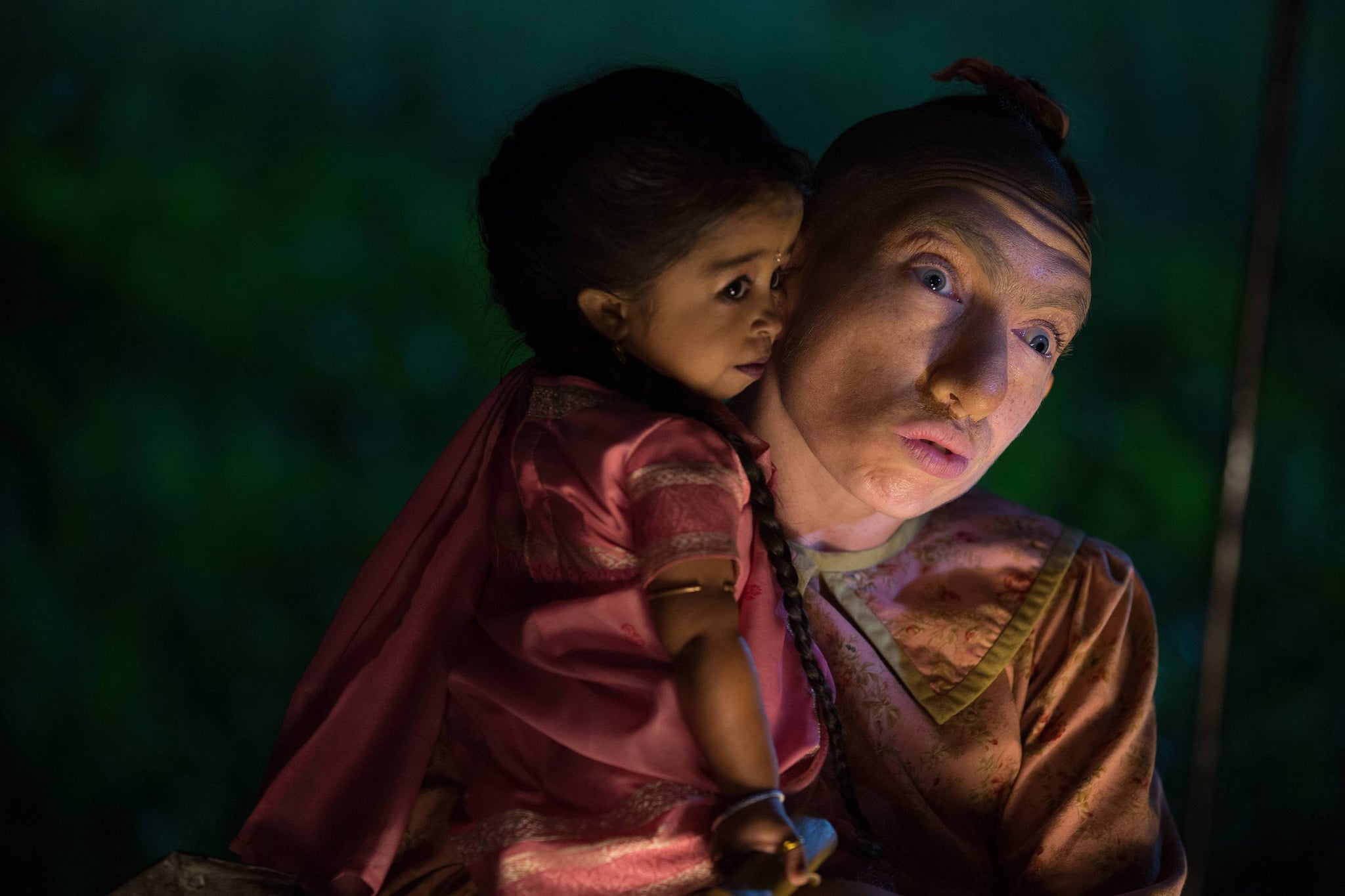 There are a lot of deaths on the horizon.

One of the perks of being Pepper is, well, since we know she lands at Briarcliff in Asylum, she's sure to survive Freak Show. There have been scores of deaths in the first two episodes alone, so we asked Grossman about Pepper's safety and the amount of deaths on the show, and she revealed, "I've heard basically from this point on, we go two by two. There's pretty much two deaths an episode or so, that's the rumor. Again, I'm just glad I'm safe, but we're always wondering who's next?"

Salty, Pepper's brother, has got to go at some point.

Since Salty's not with Pepper at Briarcliff, we know, at some point, the two get separated. Does Salty die? Does he escape? Grossman shared her own horror twist on his potentially bitter end: "Honestly, Salty isn't in the Asylum, and so he's going to have to go some time, and I would love to kill him. I think Salty is going to present some awesome possible opportunities for Pepper. If Salty has to die, Pepper's going to have some opinion about it, and maybe that's an awesome, emotional freak out scene for me?"

One detail you may have forgotten about is the (partial) backstory of Pepper in Asylum. Pepper supposedly drowned her sister's baby after attacking it with scissors. Grossman hinted that her sister could appear: "Pepper does have a sister whose baby's ears she supposedly cut off, right? So what if we got to see the sister?"

We'll probably find out how Pepper lands in the Asylum.

Since Pepper has appeared in both season two and season four, we asked Grossman if we'd get to see how Freak Show and Asylum connect. She answered, "Well, I can't say. They're writing the show as they go, so I've only read up to around episode eight. So I am sure, especially as we get on towards the end, more of that will be revealed. I feel like I've already said too much!"

In previous seasons, there has always been a supernatural element. Murder House has ghosts, Asylum has demon possessions and aliens, and Coven has witchcraft. So far, Freak Show seems to be focusing on humans, but is that going to change? Grossman weighed in: "I can't say. It's not just I can't say, it's that I don't know yet, necessarily. I thought when I watched Asylum episode one, it was just a cornucopia of all things scary: aliens, Nazis . . . whereas this is about freaks. And now there are clowns, and there's Edward Mordrake. There are definitely some other horrifying elements. But I agree, this does seem like a much more human story, and in that regard it's almost scarier."

When we asked if any scenes featuring Pepper had been cut, Grossman immediately thought of that odd sex scene featuring Penny the candy striper, which Elsa presents on a projector. "That freak orgy? They have to release that. I will never forget, we were choreographing that, and I remember [Amazon] Eve's leg up in the air, and her leg is like seven feet long. And one of the little people was swinging around on it, like it was a stripper pole, and I'll never forget hearing Ryan [Murphy], like, 'Hump the leg! Hump the leg!' And I was like, 'What are we doing? What am I in?'"

Grossman wishes Pepper got to have sex with Matt Bomer.

Grossman admitted that she was thrilled to hear Matt Bomer was joining the cast, but she had her own hilarious ideas about where the story should have gone: "Well, when I heard that Matt Bomer was going to be with us, he's like the hottest guy. And, of course, it's just so cruel that I would look like the ugliest person on television. I never actually worked with him, so I missed him. We need a Matt and Pepper sex scene."

It takes three hours to transform into Pepper.

Turning into Pepper isn't as easy as it sounds. Grossman revealed the entire process: "Let's see, they shaved my head, obviously. So I typically arrive on set, put on a robe, lay back, close my eyes, and let them go to work. It's pretty much a prosthetic nose, brow, ears, and then of course they've got some crazy teeth for me, and then a crazy contact lens. Oh, and they have a piece for my hair."