American Horror Story: Freak Show is freaking us out, and we're only a few episodes in. The big villain this year is a killer clown named Twisty, but Wes Bentley is playing a creep of another sort. He appeared for the first time in this week's episode as Edward Mordrake, inspired by a real person who has been the subject of a very famous horror myth for centuries. "It was a man with two faces," creator Ryan Murphy described to Entertainment Weekly. "A normal face and then a face on the back of his head that would whisper evil things and force the forward-facing entity to commit horrible crimes." So far, it appears the character stays true to the myth, but we had to know how much of it is real — especially because so many of this season's freak show characters are based on real circus acts. 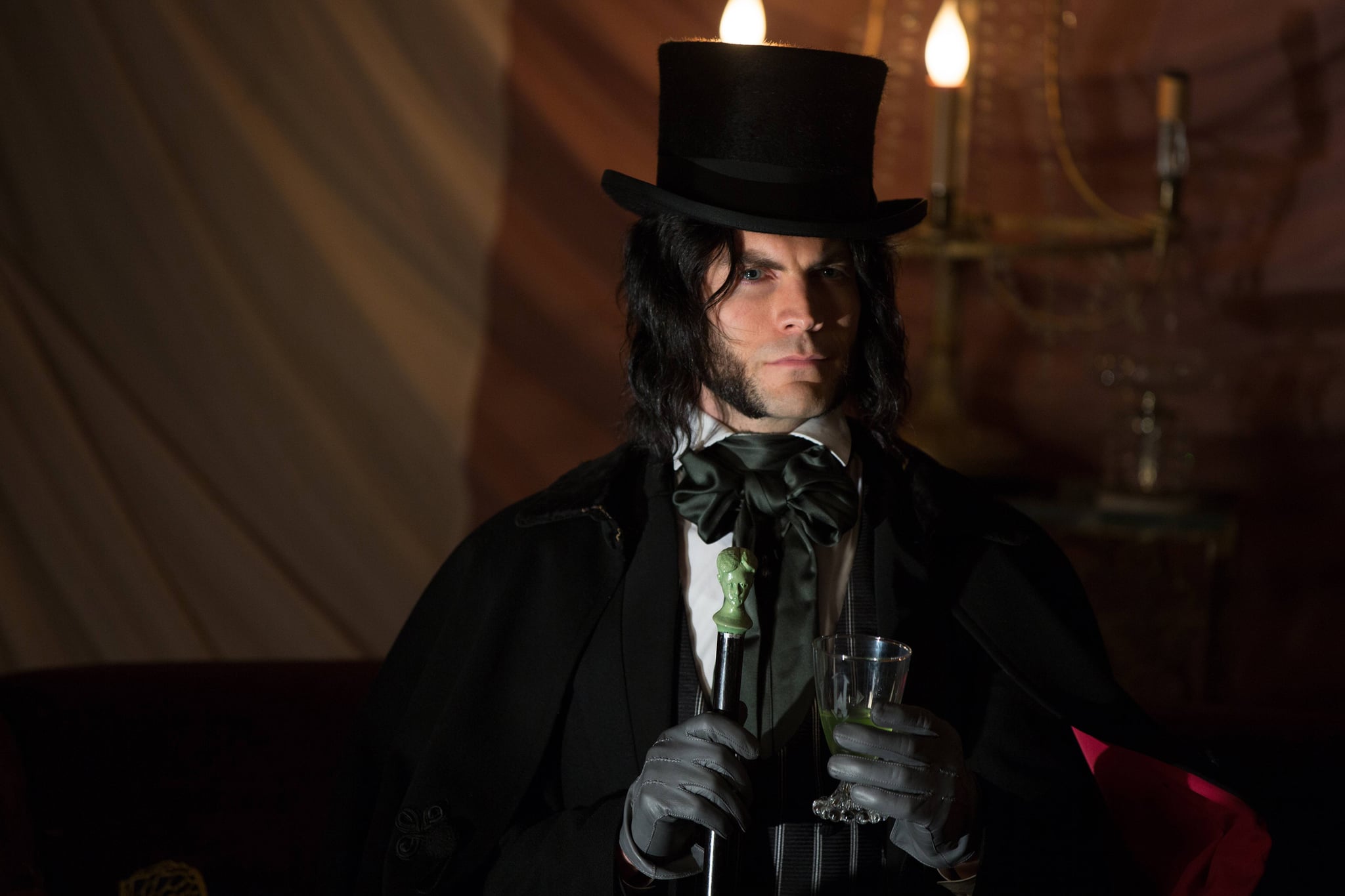 Mordrake was a noble heir who lived in the 1800s. He had one normal face on the front of his head and a smaller one on the back. The small face couldn't eat or talk, but according to 19th century English myth, it whispered terrible things to Mordrake at night while he was trying to sleep. He begged doctors to remove it, but none would take on such a dangerous procedure. Supposedly, Mordrake's evil second face drove him to insanity, and he killed himself at 23 years old. Anomalies and Curiosities of Medicine, an 1896 book on strange medical cases by George Gould, provides more clarity about Mordrake:

"One of the weirdest as well as most melancholy stories of human deformity is that of Edward Mordake, said to have been heir to one of the noblest peerages in England. He never claimed the title, however, and committed suicide in his twenty-third year. He lived in complete seclusion, refusing the visits even of the members of his own family. He was a young man of fine attainments, a profound scholar, and a musician of rare ability. His figure was remarkable for its grace, and his face — that is to say, his natural face — was that of an Antinous. But upon the back of his head was another face, that of a beautiful girl, 'lovely as a dream, hideous as a devil.' The female face was a mere mask, 'occupying only a small portion of the posterior part of the skull, yet exhibiting every sign of intelligence, of a malignant sort, however.' It would be been seen to smile and sneer while Mordake was weeping."

Mind you, though it was ahead of its time in recording bizarre medical cases, this book also says some weird stuff about menstruation, and thus should be taken with a grain of salt. Mordrake also made an appearance in the 1977 edition of The Book of Lists as one of two "very special cases" on a list of people with extra limbs or digits. More recently, Tom Waits included a morbid song about Mordrake on his 2002 album, Alice. It's titled "Poor Edward," and there's even a rather depressing claymation video set to the song. Just so you can picture him, here's a wax rendering of Mordrake. Note the tiny face on the back of his head.

So, how real is the story? Though they didn't have the term during Mordrake's life, it's believed that he had a condition called "diprosopus," a disorder that causes parts of the face to be duplicated on the head. It's rare, but people — and cats! — still get this today. In fact, a pair of babies were born with the condition in Australia this year. Sadly, the twins passed away shortly after their birth. Diprosopus is an extremely dangerous disorder, so it's extraordinary that someone lived with it in the 19th century and survived to be 23. Having said that, stranger things have happened. Mordrake was definitely a real person, but whether his second face whispered such terrible things that he committed suicide, we can never know. You can make up your own mind about how much of the myth is true, but I can almost guarantee that American Horror Story's take on Mordrake is going to be even more terrifying than the truth.

Netflix
Virgin River: Everything You Need to Remember About How Season 1 Ends
by Hedy Phillips 31 minutes ago

TV
Before the Dr. Death Adaptation, Read Up on the Chilling True Story of Christopher Duntsch
by Stacey Nguyen 2 hours ago

Schitt's Creek
If You Love Schitt's Creek, These Rose Apothecary Sweatshirts Belong in Your Closet
by Kalea Martin 3 hours ago