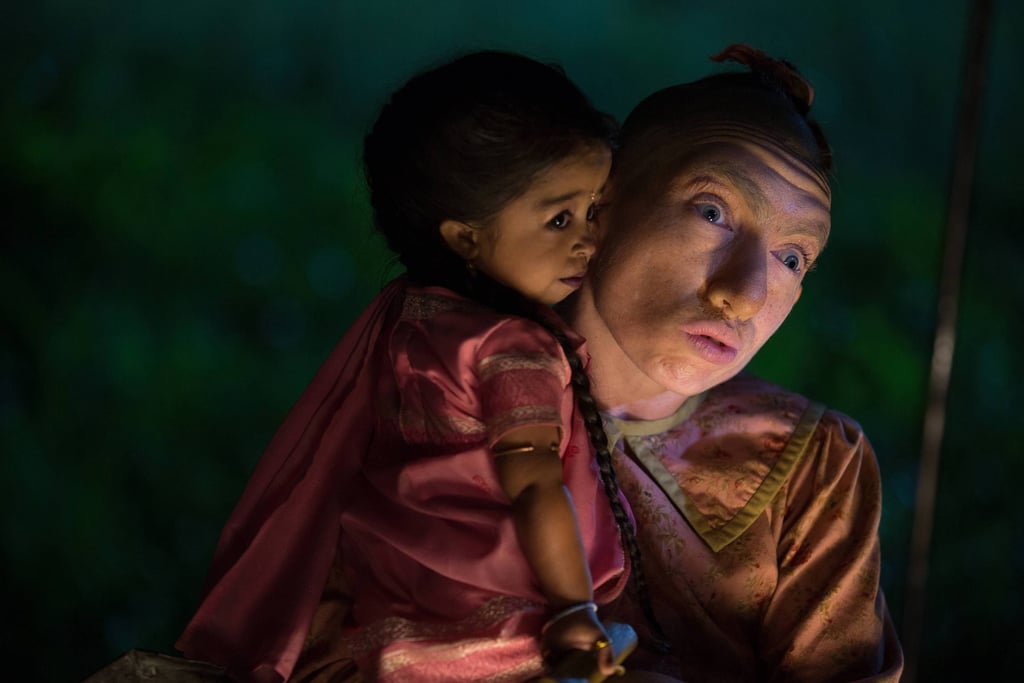 At this point, we know all about the freaks on the upcoming season of American Horror Story, and now we have pictures to boot! Photos from the premiere of Freak Show introduce Kathy Bates as the bearded lady, Evan Peters as a boy with mutated hands, Angela Bassett as a three-breasted woman, and Jessica Lange as the ringleader of the whole strange collection of souls. Plus, we even have a shot of Pepper, AHS's first crossover character! The new season premieres this Wednesday at 10 p.m. on FX.

Jacob Elordi
Is Nate Secretly in Love With Jules on Euphoria? The Clue You Missed
by Hannah Resnick 7 hours ago