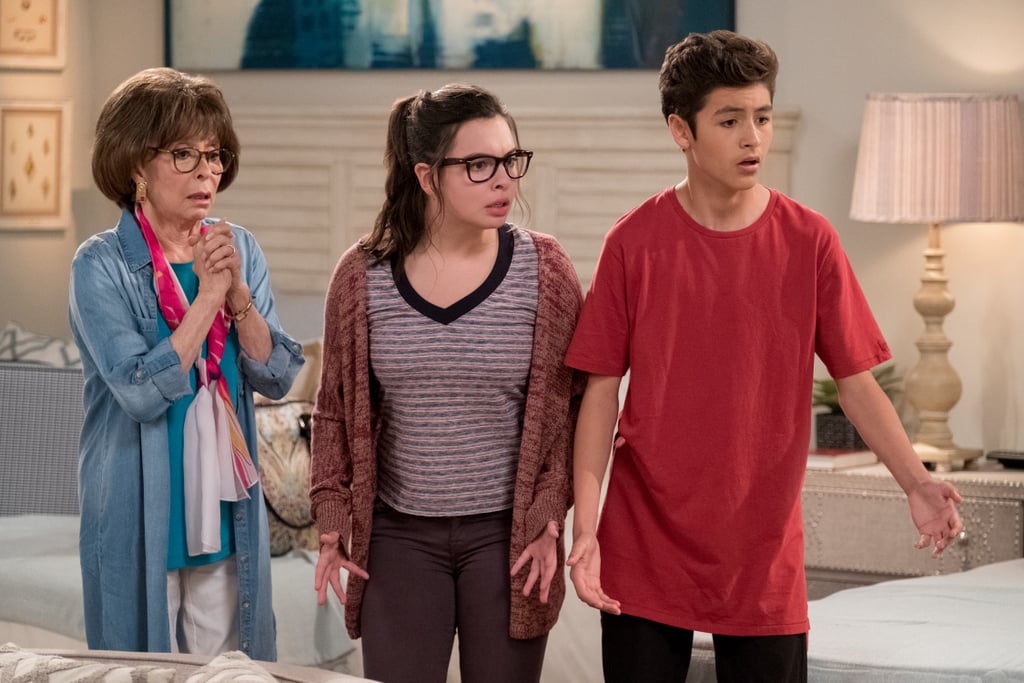 Despite a Fan Movement to Save It, Netflix Has Officially Canceled One Day at a Time

When One Day at a Time premiered on Netflix back in January 2017, the rebooted sitcom had some hefty shoes to fill thanks to Norman Lear's beloved predecessor of the same name, which aired on CBS from 1975 to 1984. Luckily, it didn't take long for a new generation of audiences to fall in love with showrunner Gloria Calderón Kellett's updated take on the family comedy. Unluckily, Netflix has pulled the plug on the show after just three seasons.

The series stars Justina Machado as a veteran and newly divorced matriarch of a Cuban-American family living in the same house, which includes her teenage daughter, Elena (Isabella Gomez); her tween son, Alex (Marcel Ruiz); and her absolutely fabulous mother, Lydia (played by the equally fabulous Rita Moreno). Despite the presence of an old-school laugh track, One Day at a Time has proven again and again that it should be taken just as seriously as any prestige drama.

Related:
Queer Eye Season 3, Turn Up Charlie, and 70 Other New Titles Coming to Netflix in March

Few shows on the air right now have tackled tough subjects like depression, addiction, coming out, gender, and other cultural issues in the nuanced, thoughtful way this series has. Not only that, but it has so much genuine heart and humor that it made watching it a joy (oh, and it's one of Netflix's few shows that are actually well-lit — shouldn't that count for something?!).

Calderón Kellett shared on Twitter in February that the show might not get a fourth season, writing that Netflix executives "made clear that they love the show, love how it serves underrepresented audiences, love its heart & humor, but...we need more viewers. They'll decide soon. I wish I felt more confident WHAT CAN YOU DO? Tell friends to watch!" The co-showrunner's call to action spread like wildfire on Twitter, igniting a movement among fans to get people to watch One Day at a Time in hopes of saving the show.

Despite the buzz, the streaming giant officially canceled it on March 14. "It's been a great honor to work with the legendary Norman Lear on One Day at a Time. I've personally spoken with Norman, and co-creators Gloria Calderón Kellett and Mike Royce, to express my gratitude to them, all the writers, the dedicated crew and the cast including the brilliant Justina Machado and dazzling Rita Moreno for creating a series with such humor, heart and humanity," Netflix chief content officer Ted Sarandos said in a statement about the disappointing news. "This was a very difficult decision and we're thankful to all the fans who've supported the series, our partners at Sony, and all the critics who embraced it. While it's disappointing that more viewers didn't discover One Day at a Time, I believe the series will stand the test of time."

You can distract yourself from the upsetting turn of events by reliving season three in photos, ahead.

Previous Next Start Slideshow
One Day At A TimeTV