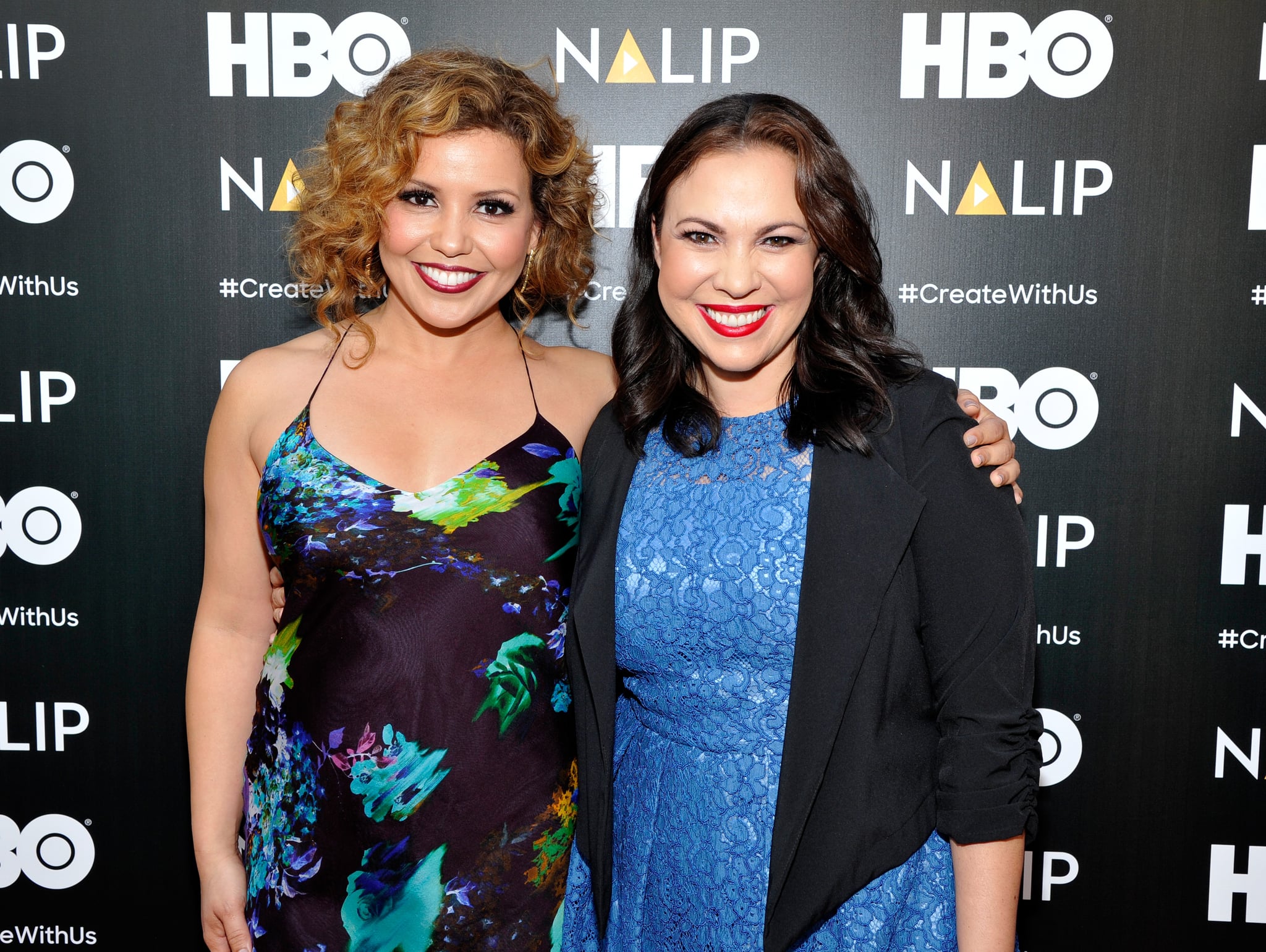 Netflix has had a number of reboots come down the pipeline recently, and although not everyone is on board with the choice to revive once-beloved shows, the streaming giant's latest reach into the past is a total charmer. Executive producer Gloria Calderon Kellett has given Norman Lear's One Day at a Time a modern facelift, dusting off the '70s family sitcom and reimagining it with a Cuban-American family. Not only does the show have heartwarming, nostalgic nods to the original, but it also provides a much-needed TV platform for celebrating the everyday lives of Latino families. With the show set to premiere on Jan. 6, POPSUGAR sat down with Kellett and the comedy's leading lady, Justina Machado, for a chat about single motherhood, telling meaningful stories for Cuban-Americans, and why they aren't afraid to tackle difficult conversations.

Related:
Telenovelas to Add to Your Netflix Queue Right Now

POPSUGAR: I imagine it must have been a challenge for you guys to pay homage to the original show, which had such a huge presence in the late '70s and early '80s, but also make it your own, and make it relevant today.

Gloria Calderon Kellett: It was something we took very seriously. I wouldn't say it was a challenge as much as . . . look, Norman [Lear] allowed us to be really authentic. He was unbelievably supportive and he was willing to fight Netflix and Sony, should we need to in allowing me to represent my family. Because I had that support, the homage was easier. We did homages in small ways. The set is very similar to the original set, and the number on the door is the same as the original. She's a single mom, and there's a character named Snyder. Other than that, everything else is more unique to my experience as a first generation Cuban in America. It's a lot about my relationship with my mother, and obviously that translated through the filter of Justina and Rita [Moreno], who make it their own. It's been so joyful. It means a lot to us. For all of us being Latinos doing this show, it's not just a show for us. It's an opportunity to let America and the world know what its like in a Latino house. I don't know if there's been a lot of representation of that. I know there's been some, but to be able to add our contribution to what's normal for us and say, "Look how similar and different we are." It's about sharing stories and the experience.

Justina Machado: Obviously that was a big deal back then, in 1975, wasn't it? That she was a single mom? But we also deal with other issues. Veteran issues. We deal with the modern-day thing of raising two children with all of this technology and all of this information. It's a little bit more difficult nowadays, I think. So we deal with all of that, and also have three generations of strong women. We bring in Rita to play the mom. She lives with my character, and she's helping me take care of and raise these kids. We see the different ways these three different women in three different generations deal with things.

GCK: We tried to do it in a very organic way. Naturally, my mother is a lot more traditional than me because she's first generation and grew up in the '50s. She's a much more traditional woman. Then I'm somewhere in the middle, where I'm a little bit traditional, but liberal as well. Then we touch on my daughter, [executive producer] Mike Royce's daughter, and Norman's daughter as well, who is very feminist. Naturally, we have very different points of view of what it means to be a strong woman. All of them are right, and all of them are wrong. To be able to talk about that in a real and grounded way is pretty special.

PS: Going off of tradition, is there anything in particular from Cuban culture that you're excited for people to see in One Day at a Time?

GCK: So much. I think more than anything, is my experience having my parents come to the United States during Operation Pedro Pan in the '60s. They came in 1962. A lot of people just don't know about it. They just don't know about how people come to this country. Everyone has a coming to America story. Mine was my parents thought they were going to be here for six months while Kennedy was getting Castro out of Cuba. That turned into 40 years.

JM: That gives me goosebumps, it really does.

GCK: Now I get to honor their American story, which is coming here without their parents, being put on a plane, and then never getting to go back home.

JM: I don't think people see that kind of story from Cuban-Americans. We saw Scarface, and believe me, I love Scarface. [laughs] It's because the Cuban people, in my opinion, are so resourceful and successful, we forget their story. That they had to leave everything, that they had to come to this country not knowing the language, not having any money, not knowing what they were gonna do. It's not a story that has been told.

GCK: And it's not unique to Cubans. There are so many people who come here! Look at Aziz Ansari when he did his episode about his parents coming to America. I related to that episode more than I've related to anything in a really long time, and he's talking about an Indian experience. It's great that this Asian experience that he's had and the experience that I had are so similar. So to get to tell my specific story, within the context of the show, is incredible.

PS: Netflix, especially with programming like Orange Is the New Black and Jessica Jones, is really lifting women up with their strong female characters. One Day at a Time is no different, and such a female-centric show. Justina, what has been your favorite thing about playing Penelope?

JM: The amazing writing! The layered woman that she is. A real person, you know? They didn't have me coming out with a piñata, or dancing to some salsa. [laughs] Not that I mind, I love it all. But it's a real person who is layered, and flawed, and she's lovely, and she's just a woman that I am so proud to portray. As I read the script I was like, "This is good, this is real good."

PS: Was there any scene throughout the season that was a favorite for you guys?

GCK: Oh for sure. That was a really beautiful scene.

JM: And in episode three there's a lot of fun stuff that I could really relate to. We talk about religion, so that was a good one. Growing up, my parents raised me Catholic. I'm not someone who really goes to church anymore, but that was the way I was raised and it was really important. In the episode, it's kind of a thing with my mom and I. We have pictures of the Pope everywhere, and stuff like that. That's the way I grew up, except for the pictures of the Pope. We didn't have that. My cousins had that. I was like what the hell is this? [laughs]

GCK: My brother is literally named John Paul after the Pope.

JM: You see? There you go! It was great the way we deal with church in the episode. That was something that I completely relate to.

GCK: We get to have a grounded conversation about religion.

PS: That's great not many shows get the chance to.

GCK: That's right. People are afraid to talk about that stuff, and everyone has an opinion! It's organic.

Watch One Day at a Time on Jan. 6 when it begins streaming on Netflix!