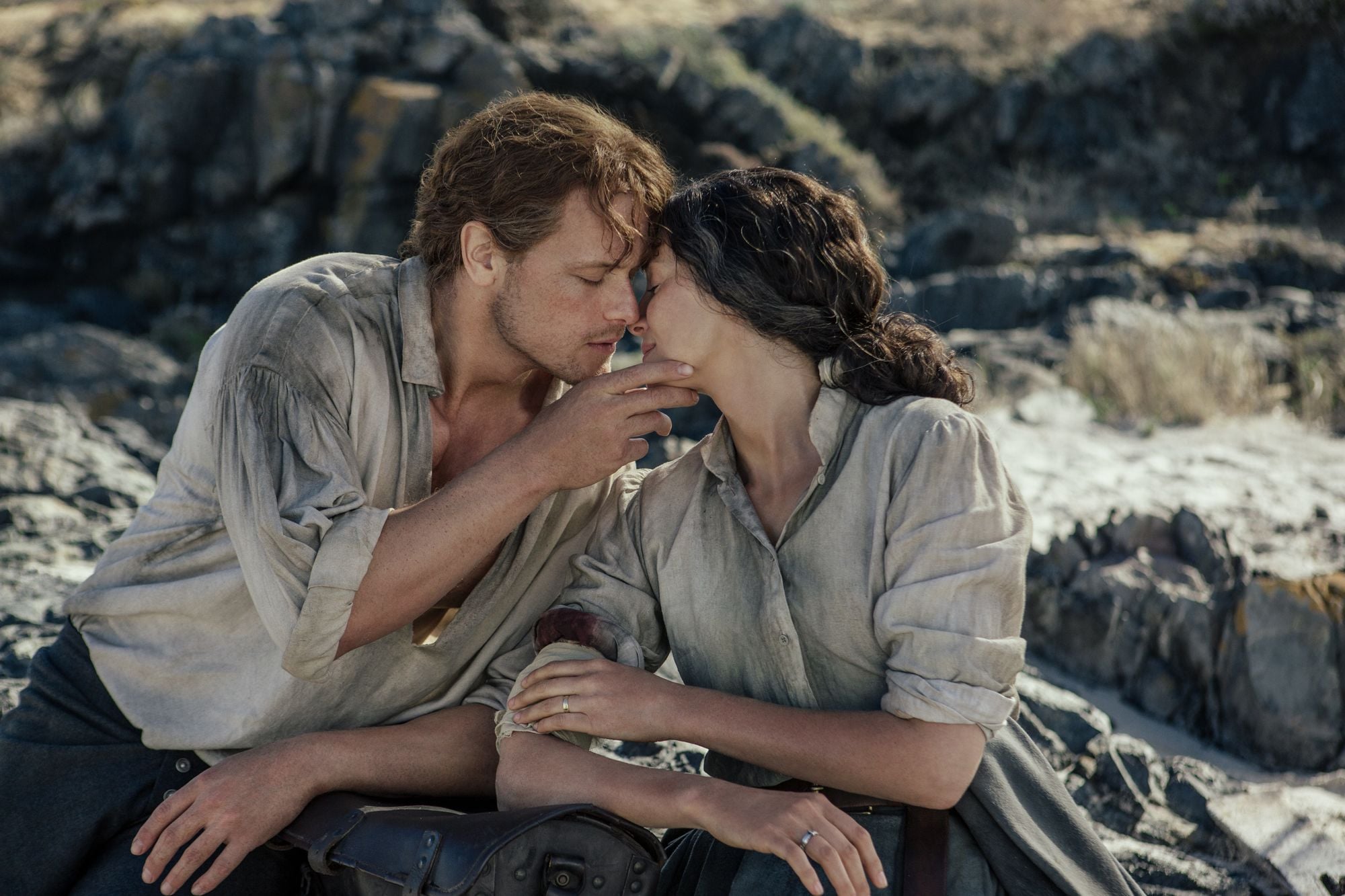 We have exceptional news for Outlander fans: the show has been renewed for a fifth season! And, as a little cherry on top, it's also been renewed for season six! Along with announcing the happy news, The Hollywood Reporter has also confirmed a November return for season four. Each of the new seasons will be comprised of 12 episodes and will depict the events laid out in books five and six of the series written by Diana Gabaldon; they're titled The Fiery Cross and A Breath of Snow and Ashes, respectively. Let's have a toast to many, many more sexy moments and smoldering looks from Sam Heughan.