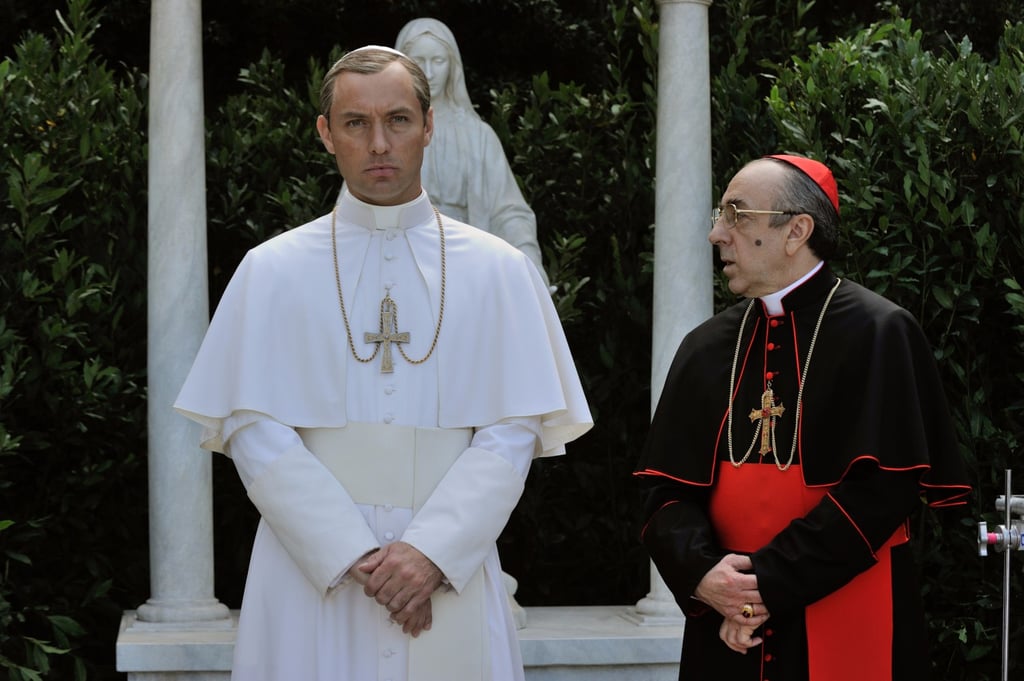 Guys, The Young Pope Is Just as Ridiculous as We All Thought It Would Be

The Young Pope is out of control. I'm not just referring to the main character of HBO's new limited series; I'm referring to the show itself. What kind of series starts with Jude Law climbing out of a pile of naked CGI babies? Or insisting that as the new pope, he have a steady supply of Cherry Coke Zero every morning?

Before the premiere even aired on Sunday night, America had created approximately one million memes about it. As it turns out, we were right to be amused; the show is thoroughly entertaining. Twitter is obsessed with Law's bare booty (what a way to introduce the pope) and fixated on Cardinal Voiello's mole. For the record, it's fake; actor Silvio Orlando doesn't have a mole in real life, meaning we may or may not see Lenny, er, Pope Pius XIII, rip it off his face at some point. While we're still reeling from the premiere, take a look at our favorite reactions from Twitter.