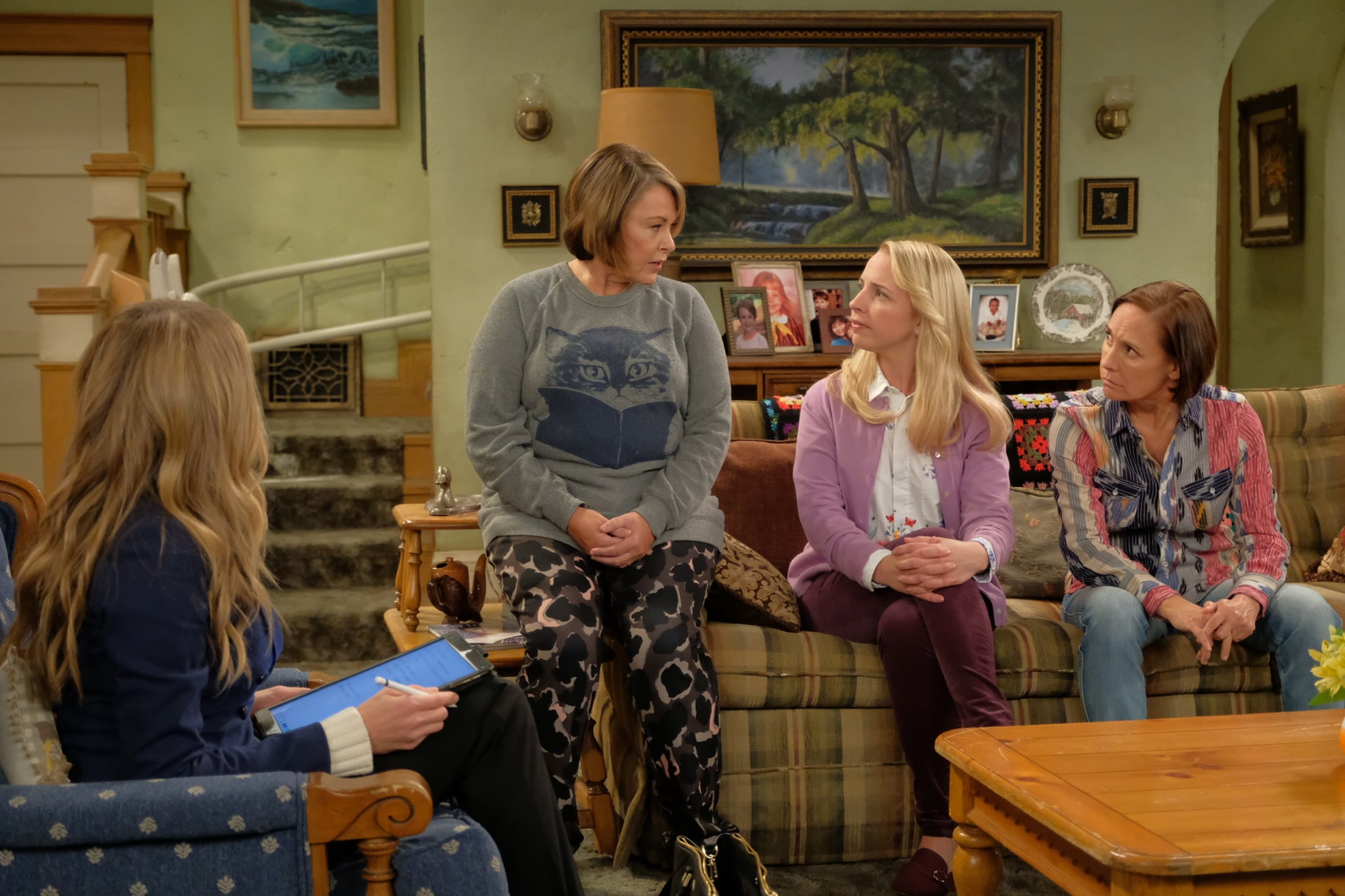 The highly anticipated premiere of the Roseanne revival officially has a date! ABC announced in December that the fresh take on the beloved sitcom will grace our TV screens on Tuesday, March 27. The premiere will be a special hour-long episode, with the rest of the season following its standard half-hour time slot on Tuesdays at 8 p.m. Thankfully, it's not that long of a wait, right?

To hold us over in the meantime, there are plenty of behind-the-scenes photo from the show — which wrapped production on in Studio City, CA, on Friday — courtesy of the cast and crew. All of the comedy's original players have returned to re-create the magic that the Conner family brought into living rooms across America between 1988 and 1997: Roseanne Barr, John Goodman, Laurie Metcalfe (who played Roseanne's sister, Jackie), Sara Gilbert (Darlene Conner), Michael Fishman (D.J. Conner), Sarah Chalke (who appeared as Becky in the show's original run), The Big Bang Theory's Johnny Galecki (David Healy), and more.

New additions to the cast include Shameless star Emma Kenney as Harris Conner (Sara and David's daughter), as well as a few other young actors to play kids on the show. Despite the new faces, we can still expect the same hilarious (and brutally honest) tone that made the original series so successful.

"With the inimitable Roseanne at its epicenter, fresh stories that tackle today's issues and even more laughs from a brilliant cast and crew that haven't missed a beat, audiences old and new will celebrate the homecoming of America's favorite working-class family," ABC said in a statement following the announcement. Watch the sweet clip above!