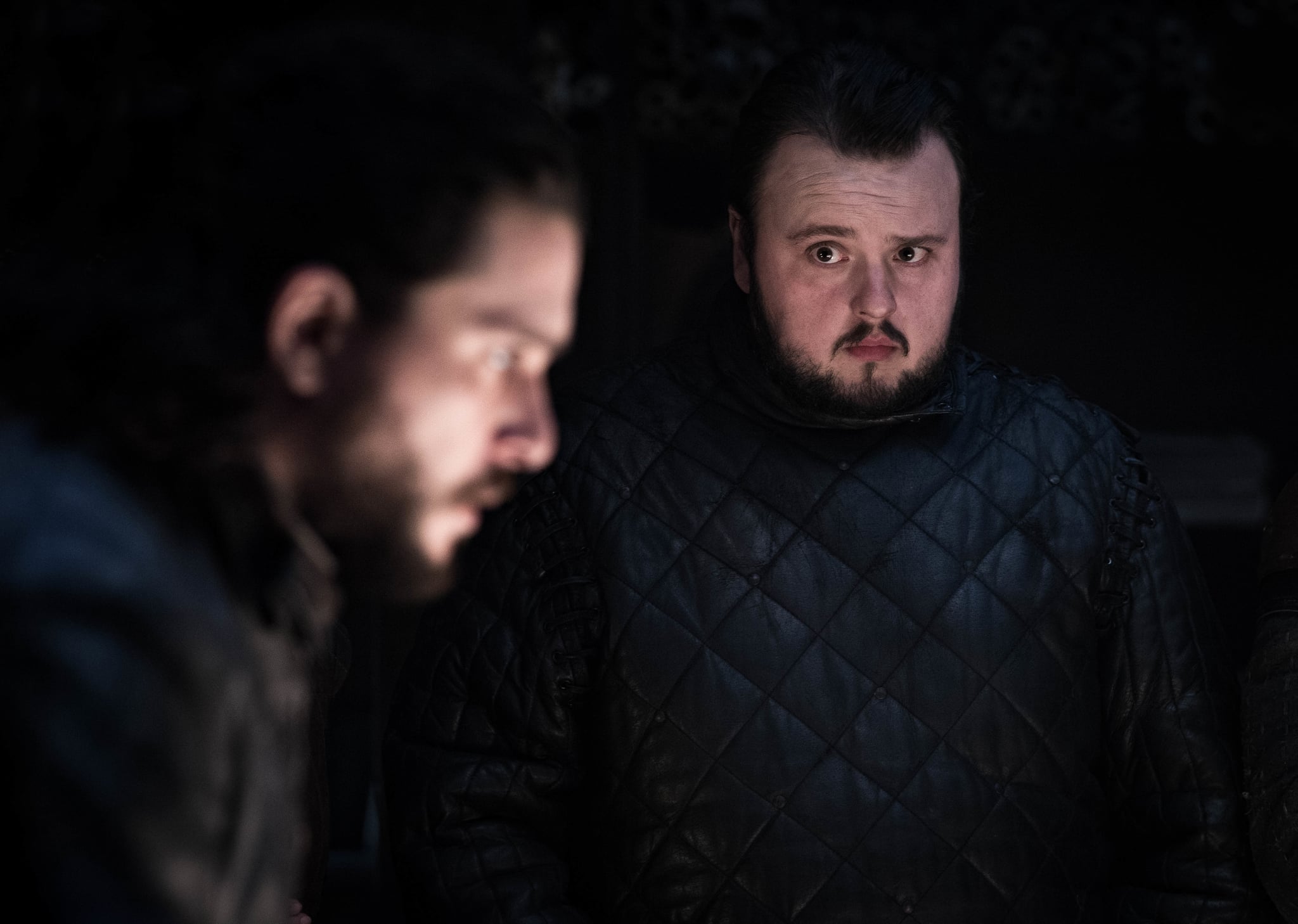 The ending of Game of Thrones means saying goodbye to a whole slew of characters we've grown to love over the course of eight seasons. While some of them are meeting gruesome ends, others look like they're stepping out of the spotlight relatively unscathed. At the moment, it looks like one of the kindest characters on the show might get to be part of that latter group. We're talking about Samwell Tarly, whose appearance in the final season's fourth episode seems like a farewell of sorts. Is he going to appear again, or walk off into the sunset?

Sam's final scenes in the most recent episode do seem to have a tinge of finality to them. As Jon Snow prepares to head for King's Landing, he bids farewell to his oldest and closest friend. Jon shares a heartfelt hug with Sam's girlfriend, Gilly, who is pregnant and promises to name the child Jon if it's a boy. Then, he and Sam embrace as well, even tearing up a little.

"You're the best friend I ever had," Sam says. "You too," Jon replies before they part. The last we see of Sam is when Jon departs Winterfell. Since the main action for the rest of the series appears to be moving to King's Landing, there's a good chance we won't be seeing Sam again. His story seems to have wrapped up at this point: he's fulfilled his narrative functions — namely, revealing the truth about Jon's parentage — so it doesn't seem like he's necessary to the last installments of the story, which are likelier to be focused on the marquee characters instead.

However, there's a small possibility that Sam could play into the future of Westeros. Remember, he's a Tarly, and the eldest son of his father; the only reason he was sent to the Night's Watch instead of being groomed as heir is his father's anger that Sam turned out to be scholarly and gentle, rather than a born soldier. Sam's father and brother were killed by Dany for refusing to bend the knee, leaving Sam as the only heir to House Tarly. Depending on how the final fight for the throne shakes out, Sam could potentially be called to rebuild his house.

The creators of Game of Thrones are notoriously secretive about the futures of their characters, so there haven't been any outright declarations about Sam's future on the show. With so much storytelling ground left to cover and only two episodes left, however, we think Sam's story might have finally come to a surprisingly happy conclusion.