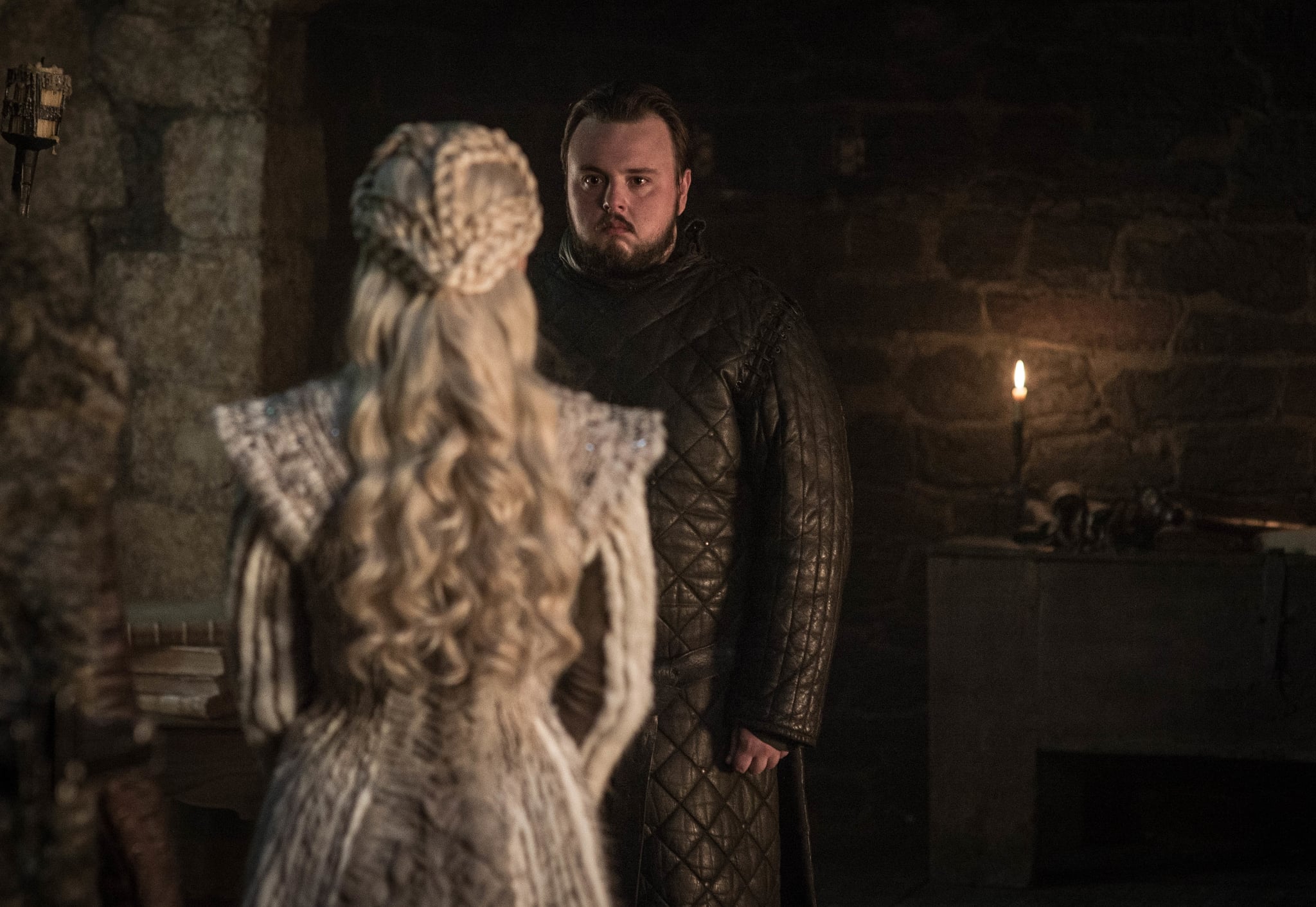 The biggest bombshell on Game of Thrones has officially dropped. In the final moments of the season eight premiere, Sam Tarly reunites with his old friend Jon Snow at Winterfell, just in time to reveal his major discovery: that Jon is not, as he had thought, the illegitimate son of Ned Stark, but in fact the legitimate son and heir of Rhaegar Targaryen and Lyanna Stark — making him half-Targaryen, half-Stark, and the strongest claimant to the Iron Throne (as well as his new girlfriend's biological nephew). So who might be the next person to find out the truth?

It's entirely possible that Jon's sister (or, more accurately, cousin) Sansa will be the next to know — and that Sam will be the one to tell her. After the first episode of season eight, Sam and Sansa have something in common: they care about Jon and their shared cause but mistrust Daenerys. Sansa seems wary of Daenerys's motivations and the reasons for Jon's loyalty, while Sam is still devastated over the news that Daenerys executed his father and brother. It would make sense, then, that Sam might feel that this is information Sansa needs to know and that he might not trust Jon to reveal the news himself.

If Sam is the one to tell Sansa the truth about Jon's parents, it could drive a further wedge between Jon and Sansa, who are already growing apart slightly thanks to their different opinions on Daenerys's presence. Sansa is already frustrated by Jon giving up his crown and the independence of the North to bend the knee to Daenerys, so if she finds out that he is actually the true king, she may push him to betray Dany and take the crown for himself.

Even worse, if Sam tells Sansa before Jon does, she could feel already betrayed by Jon, or at least that he doesn't trust her — and that she shouldn't trust him either. While Sansa is sure to be shocked when she learns about Jon's heritage, it seems pretty certain that it'll be more hurtful and dramatic if Jon isn't the one who tells her — which is exactly why it makes sense for the show to have Sam drop the revelation instead.