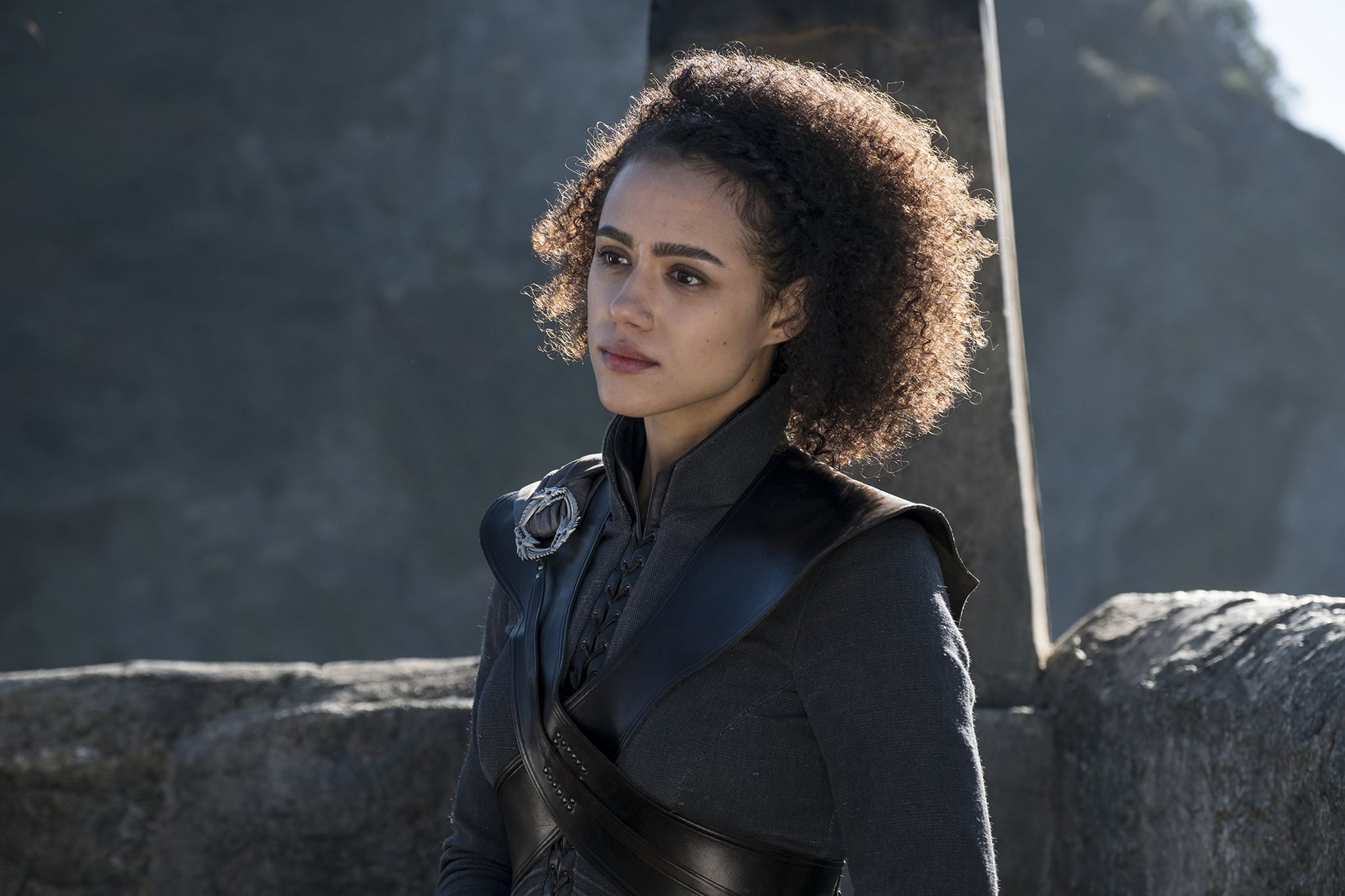 Warning: All men must die, but not all men must read Game of Thrones spoilers.

Over the course of the last eight years, Game of Thrones showrunners David Benioff and D.B. Weiss have managed to shock us over and over again with unexpected twists, especially now that the series has outpaced the events in the George R.R. Martin novels upon which the HBO fantasy epic is based. But few scenes have had us gasping the way Missandei's devastating demise did in this season's fourth episode.

Even with all the chaos that has taken place in the previous three episodes — yes, including the Night King's unexpected death — it still hasn't really felt like the story has progressed all that far. We've gotten some wonderful reunions and a few important revelations have come to light, but overall, the action has mostly been relegated to heartfelt conversations between beloved characters in the dimly lit rooms of Winterfell. But season eight of Game of Thrones was always going to have an uphill battle to fight in terms of appeasing fans. After all, the final season of the TV phenomenon only has six episodes to finish out a sprawling, complex set of interweaving stories that have kept us entertained since 2011 — a lot is riding on it.

Related:
Game of Thrones: How Missandei's Tragic Fate Was Teased All the Way Back in Season 3

In season eight's fourth episode, "The Last of the Starks," the action finally kicks into high gear (and we're actually able to see most of it, bless). Following the aftermath of the Battle of Winterfell and some bumps in the road regarding Jon's true parentage, Daenerys and what's left of her forces gear up to make the journey down to King's Landing via sea, aiming to make a pit stop at Dragonstone.

Unfortunately, Euron Greyjoy and his fleet are waiting for them, and are able to kill not only Dany's dragon Rhaegal, but also many of her men as they destroy her ships with giant arrows. In the ensuing melee, Missandei is captured and brought to Cersei in King's Landing to act as bait. From there, a tricky situation arises: how will Daenerys rescue Missandei without destroying King's Landing in the process? 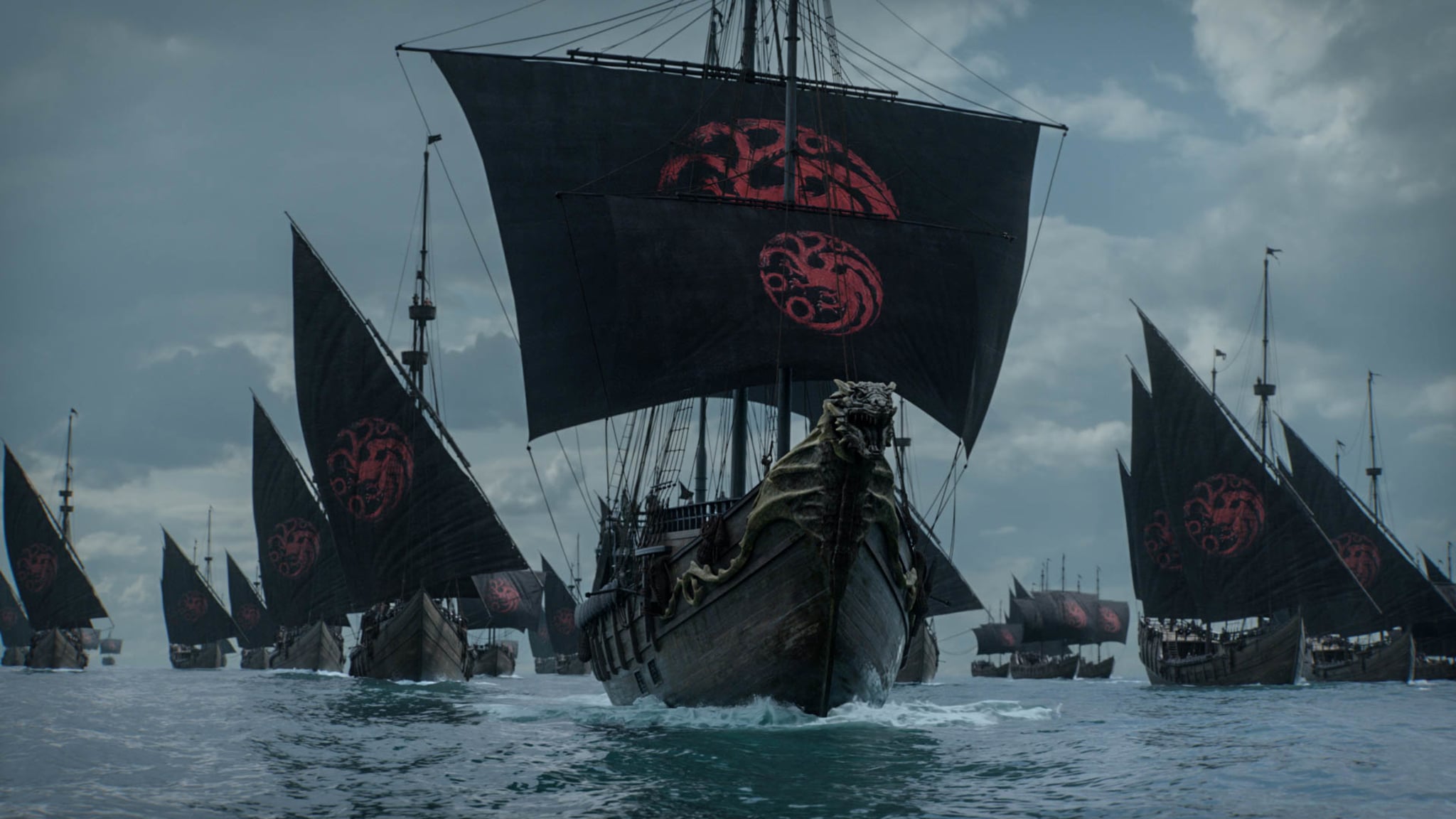 Dany decides her best bet is to roll up to King's Landing with a small portion of her army and demand her loyal confidante's release, as well as Cersei's surrender. Tyrion does the talking with Qyburn, who makes it clear that Cersei wants Dany to surrender instead, and will accept nothing less. Tyrion takes it upon himself to march up to the castle wall where Cersei, Euron, Missandei, and the Mountain are standing to discuss matters with his sister himself.

"You're not a monster," he tells her, even though literally anyone with two brain cells to rub together knows she is one. "I beg you, if not for yourself then for your child. Your reign is over, but that doesn't mean your life has to end. It doesn't mean your baby has to die." In a move pretty much everyone could see coming, Cersei doesn't take kindly to this and whispers to Missandei that if she has any last words, "now is the time."

Missandei, badass to the end, chooses to scream out "Dracarys!" Then, with one strong swing of his sword, the Mountain chops off her head. The camera (thankfully) pulls back at this moment to focus on Grey Worm's gut-wrenching reaction, so we don't have to see Missandei's beheaded body fall and smash on the ground up close (though her bloody remains are clearly visible in the background). Daenerys is clearly in shock, while Tyrion turns away with a look that almost resembles guilt.

Actress Nathalie Emmanuel, who has played Missandei since the character's introduction in season three, doesn't get to do much in this scene, but she still manages to be brilliant and heartbreaking as always. Suddenly we wish those theories about Missandei being a Faceless Man were true after all.

Given the show's controversial history of treating its female characters like garbage — see: Sansa's rape, Dany's rape, Shireen's death, etc. — the beheading of Missandei is pretty disappointing, to say the least. Not only is it yet another example of a woman being disposed of in graphic fashion, but she's also one of the show's few characters of color. Game of Thrones has never been a shining beacon of representation, but to see it literally cut one of its few diverse characters (who is also one of the few in a legitimately loving, healthy relationship) with only two episodes to go is brutal to watch for reasons other than Missandei simply being a beloved figure in the series.

That being said, she's one of the few characters whose death would truly affect Daenerys to the point that she'd be spurred into dangerous action against King's Landing. (We can already sense those Mad Queen theories jumping into overdrive.) Let's just hope that this storyline pays off in the end, because as it stands, Missandei deserved better.