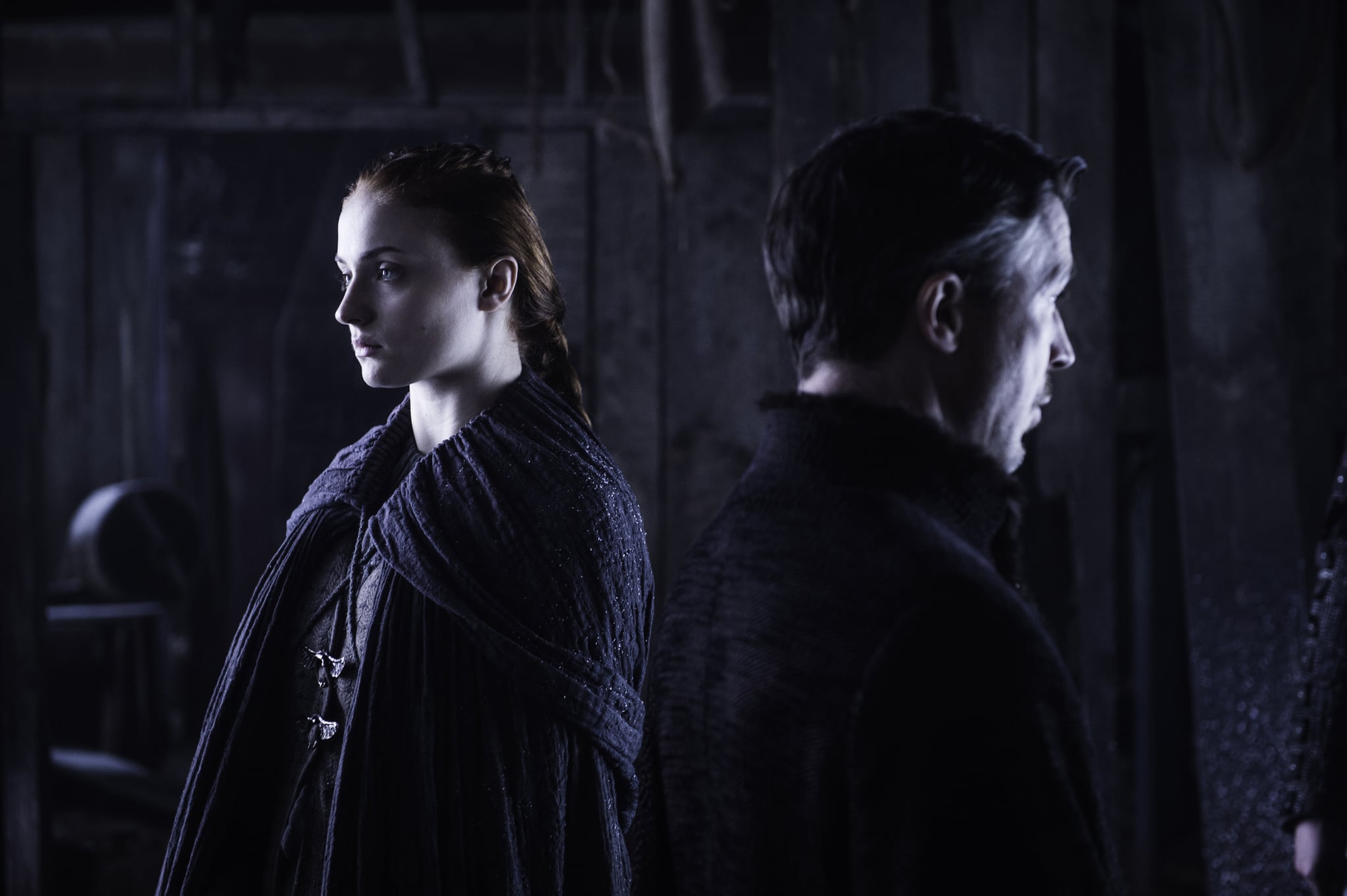 We first suspected Sansa Stark is pregnant in the middle of season six, and we're even more convinced after this week's episode. Here's why we're so sure she's growing a little Ramsay.

"The Door" episode of Game of Thrones is so eventful that we wouldn't blame you for missing a very important line of dialogue. While Sansa is telling off Littlefinger, she describes to him exactly what she suffered at the hands of Ramsay Bolton. "I can still feel it. I don't mean 'in my tender heart it still pains me so' — I can still feel what he did in my body standing here right now." Yes, of course she could be referring to the fact that Ramsay brutally rapes her, but could the line imply something else? Ramsay had been aiming to produce an heir with Sansa; is it possible that he succeeded in impregnating her?

During episode nine, Sansa has one final controntation with the man who terrorized her. Before he's viciously ripped apart by his own dogs, Ramsay tells Sansa that she can't kill him, because he's a part of her now. Mentally, sure, she'll never forget her time with him. Physically though, this remark definitely puts a check in the "Sansa is pregnant with Ramsay's demon baby" column.

It's not the first time this rumor has surfaced; back in February, the internet freaked out when an official picture of Sansa from the new season made it look like the character could be pregnant. It could definitely be the way her cloak is draped . . . or it could be that she's pregnant with little Ramsay. If that's true, heaven help us all.