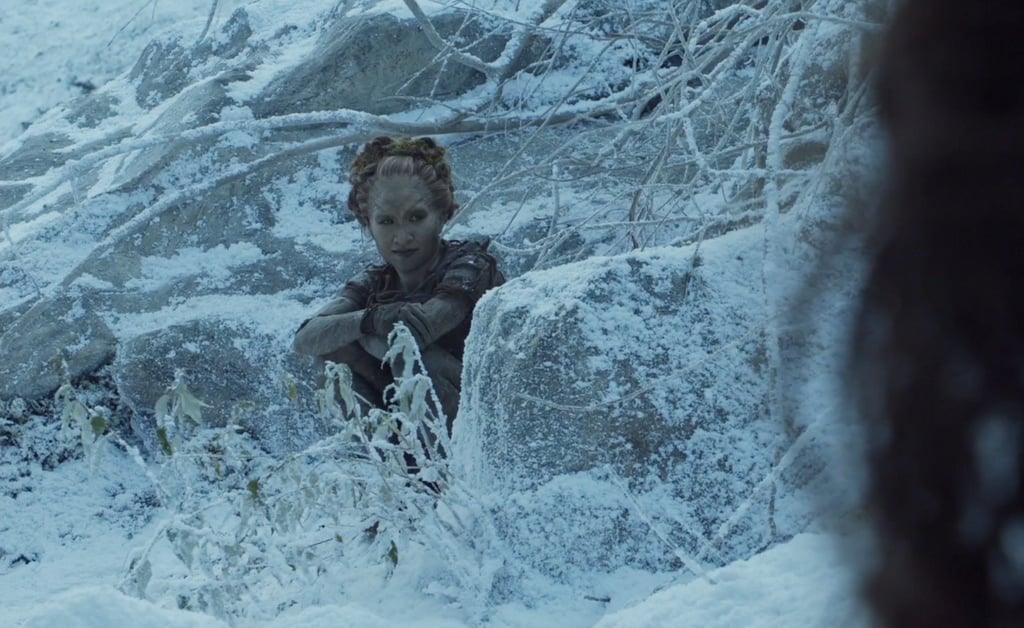 We're over halfway into season seven of Game of Thrones, and we have so many questions. While the Night King and his army are marching toward the total destruction of all the we know and love, we're wondering about something entirely different: the Children of the Forest. They play a big part in Bran's storyline in season six, when we learn that they are responsible for creating a whitewalker to help fight their battles. (Not cool, by the way.)

So, what's the deal with these creatures?

The one we're most familiar with is Leaf (RIP). She looks much older in season six, but she's the one who helps Bran, Meera, and Hodor reach safety at the end of season four, when they're being attacked by the wights. She also destroys Jojen's body with a fireball to prevent him from being reincarnated as a wight.

Children of the Forest are mythical creatures in the Game of Thrones universe. Though we know they're real because we've seen them, most inhabitants of the Seven Kingdoms believe they died out thousands of years before — or that they never existed at all. The Children worship the Old Gods, as do those in the Night's Watch. The weirwood tree that Bran and his team find sanctuary in is carved on by the Children of the Forest, who worship these trees, along with the spirits of everything found in nature.

Related:
If This Game of Thrones Theory Isn't True, We'll Actually Be Shocked

In addition to staying forever young (many of the Children are said to be hundreds of years old), these creatures also possess magic. They aren't able to shoot fireballs in the A Song of Ice and Fire series, but like Bran Stark, some can see into the future. Those with that particular power are known as "Greenseers" in the books. Bran is one, as was Jojen — before his death. "He isn't going to stay here forever," Leaf says to Meera in season six. "And out there, he needs you." This indicates that perhaps Leaf can see into the future and knows that there will be a time when Bran is in trouble. She probably should have seen that army of Whitewalkers coming for Bran, no?

In any case, Leaf dies in the Whitewalker attack that also claims Hodor's life. Does that mean the Children of the Forest are gone for good, or are there survivors out there somewhere?

TV
20 WandaVision Finds So Cool, Even Agatha Harkness Can’t Ruin Them
by Anvita Reddy 5 hours ago

Netflix
The Irregulars: Every Star Slated for a Role in Netflix's Sherlock Holmesian Drama
by Amanda Prahl 6 hours ago

Netflix
Can't Wait For Raising Dion Season 2? Here's a Peek at the Cast
by Amanda Prahl 6 hours ago