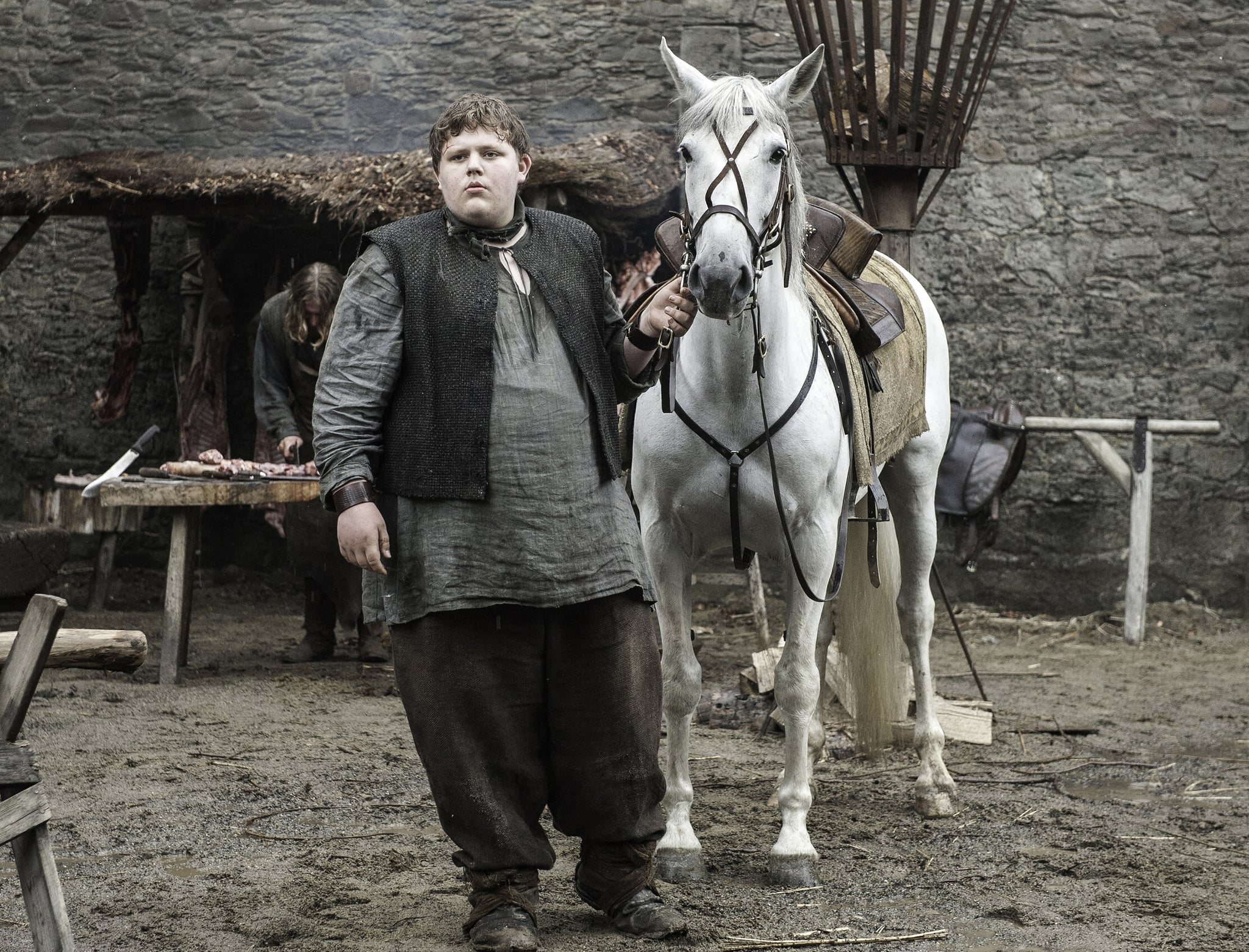 On this week's episode of Game of Thrones, we bid a hard farewell to Hodor, a character of few words but enormous heart. In season six, we've had the opportunity to delve into Hodor's past and discover who he was before he became the man so beloved by the Game of Thrones fan base. Over the course of the six seasons, the show builds a mystery around Hodor's limited vocabulary. Why is he only able to say his own name? When Bran explores his father's childhood in Winterfell, he also sees a young Hodor. He learns that Hodor's real name is Wylis, and he was once a stableboy with normal speaking abilities. So, it isn't that Hodor can only say his name; Hodor gets his name from his speaking problems.

How Does He Die?

When the White Walkers attack the great weirwood tree, Bran is busy watching his father and Hodor in the past in Winterfell. Meera, becoming panicked, asks Bran to "warg" into (possess) Hodor to help them escape. But Bran, with one foot in the past and one foot in the present, messes up. He attempts to tell Present Hodor to "hold the door" against the oncoming horde of White Walkers, but accidentally wargs into Past Hodor as well, who has a seizure. As Present Hodor is torn apart by the White Walkers, Past Hodor screams to "hold the door." Eventually, Past Hodor can only say "hodor."

What Will His Death Mean?

Hodor's death isn't just tragic; his fate raises enormous questions about the future of Game of Thrones. Bran isn't just visiting static memories and influencing the events of the past. What is the extent of Bran's abilities? The death of Hodor seems to indicate that his time travel creates closed causal loops, where Bran's manipulation of the past simply brings about conditions that already exist in the present (like Hodor's speech problems). If this is true, how many of the events of Game of Thrones are the results of Bran trying to change the past or doing it by accident? Hodor might be gone, but his death will send ripples through the Game of Thrones universe.