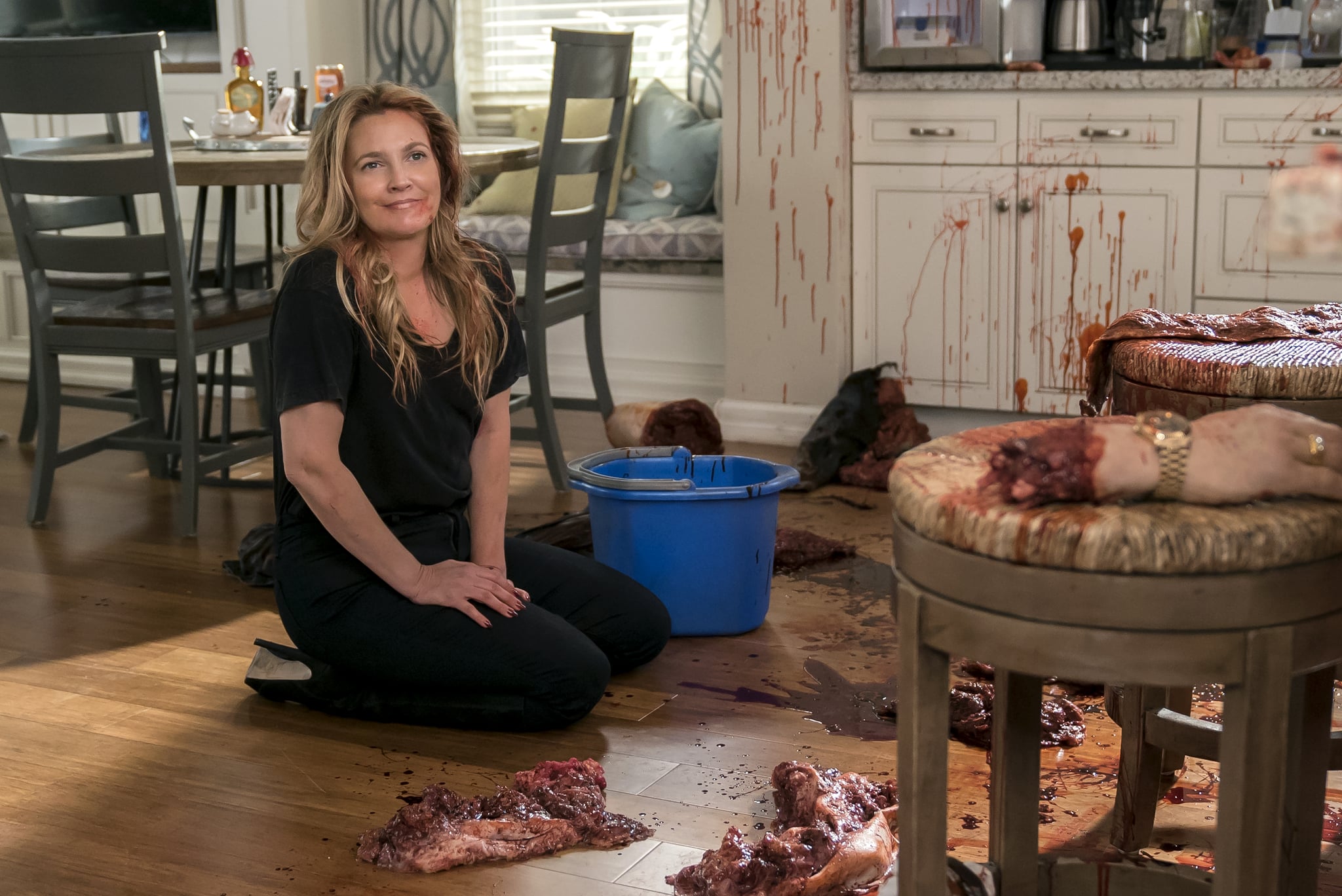 Feminist zombie fans, rejoice — Netflix's original series Santa Clarita Diet has officially been renewed for season three! We waited well over a year for the delightfully twisted second season of the dark comedy, which stars Drew Barrymore and Timothy Olyphant, and it looks like we'll have just as long of a wait this time around. The streaming giant's gruesome comedy series isn't slated to return until March 29 with 10 all-new episodes, which just means we have plenty of extra time to parse over all the twists and turns that season two takes.

The latest episodes focus on Sheila's family catering to their zombie matriarch to keep her alive, er, undead, with as little collateral damage as possible. Naturally things don't always go according to plan. "We have to kill people for her to eat them and survive, and also maintain some sense of sanity and normalcy of a marriage and family and raising a teenage daughter," Olyphant told us.

From Nathan Fillion's disembodied talking head to discovering what causes Sheila to turn into a brain-hungry zombie to begin with, season two proved that the creative forces behind the show still have plenty of tricks up their sleeve. Suffice it to say, we can't wait for season three!