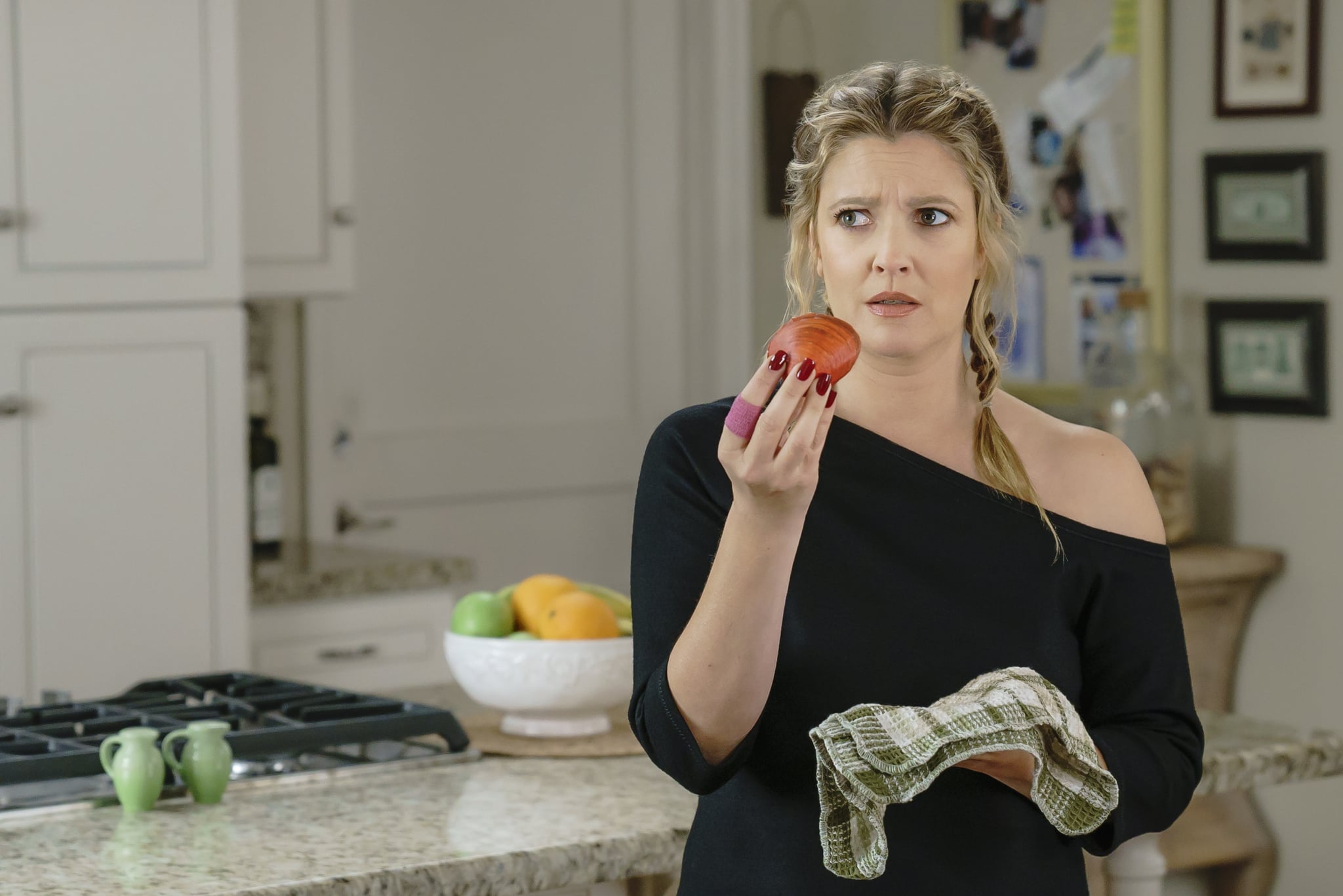 Warning: Major (depending on how important sitcom plotlines are to you) season two Santa Clarita Diet spoilers ahead.

Season two of Netflix's Santa Clarita Diet picks up right where season one leaves off, but this time, the gory comedy doesn't pull any punches. Not only is it full of even more hilarious jokes — including an extended bit with Nathan Fillion's severed head — but it also clues us into the reason Sheila (Drew Barrymore) became an undead, human-eating machine in the first place. Can The Walking Dead get on Santa Clarita Diet's level, or what?

Season two kicks off with Sheila, her husband, Joel (Timothy Olyphant), and teenage daughter Abby (Liv Hewson) focusing on two main goals: keeping her from going full-on feral and also finding out what in the hell caused her to become a zombie in season one. As for the latter, it turns out we've known since episode two of the first season — Netflix completely spoiled the whole reveal, but no one could have known at the time.

At the end of season one's second episode, "We Can't Kill People!," Sheila has discovered that she prefers the taste of fresh human flesh, which is quite the predicament for her and her Yelp aficionado husband, Joel. Lying in bed, reflecting on the first 24 hours of her undead life, Sheila starts to really wonder: "Why is this happening to me?" The rest of their conversation continues:

"Do you think it could be those clams I had at Japopo's?"

"I don't know," Joel mumbles again. "Shouldn't go back there anyway, the food's never been great."

And there you have it, folks: one of season two's biggest reveals — that Ruby's devil-red clams from Serbia that were served at Japopo's started this whole undead mess — is casually glossed over during an early pillow-talking sesh in the series. Can you imagine all the twists and turns the writers are going to go on in season three?!

by Melanie Whyte 35 minutes ago

by Alessia Santoro 50 minutes ago