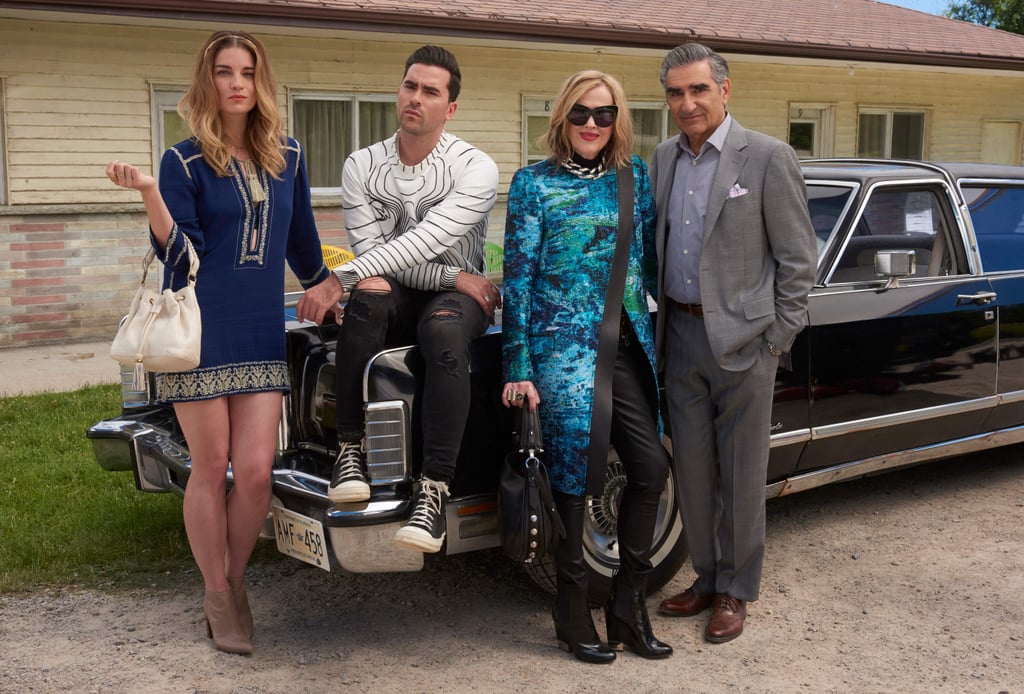 6 Reasons You Should Binge Watch Schitt's Creek — Like, Right Now

Since 2015, Schitt's Creek has quietly been building a following. The hilarious show, cocreated by and staring Eugene and Dan Levy, is The Americans of the comedy world: an excellent, critically acclaimed series that fans rave about, but doesn't get nearly the amount of love it deserves.

The Pop TV original series is about the ill-fated Rose family, who despite having lived in the lap of luxury, suddenly find themselves without anything to their name. Except for the town of Schitt's Creek, of course, which was purchased and forgotten about years ago as a gag. There, they find themselves thrust into the rural and tight-knit community, interacting with the locals and trying to adjust to their new world.

Yes, the name is silly, but there's a lot to love about this show, and it's no wonder its fanbase is growing. If you need more convincing to binge watch the show right now, here are six reasons why Schitt's Creek is the one of the best comedies on TV.