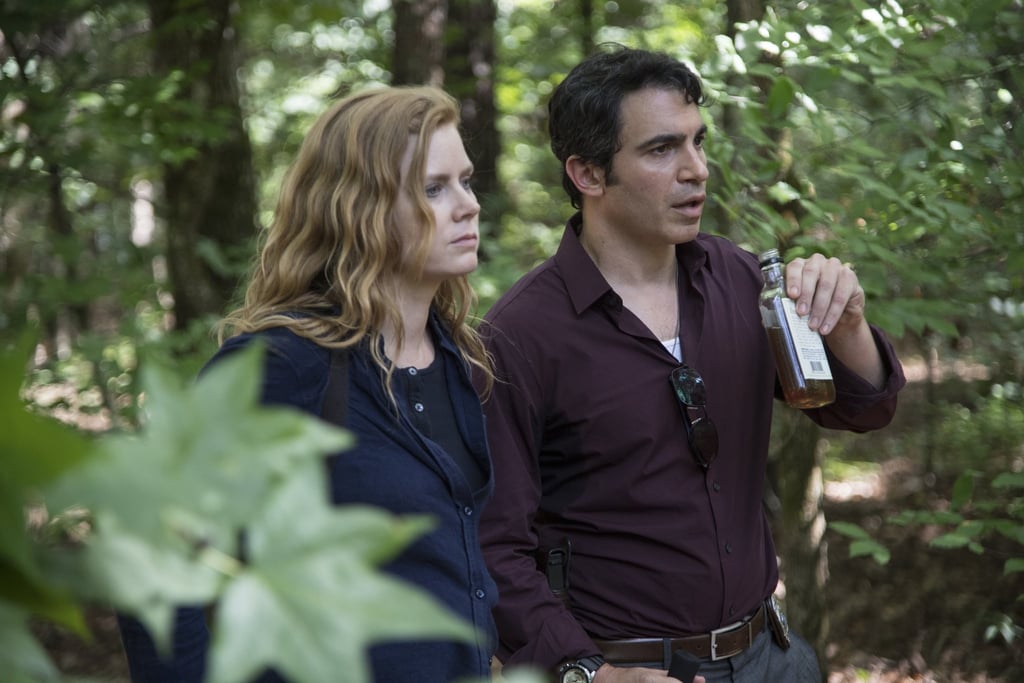 Why Can't I Stop Thinking About the Sex Scenes on Sharp Objects?

I've been happily clearing my Sunday nights to watch Sharp Objects, the TV adaptation of a book I loved very much — and boy, has it been worth it. Watching Gillian Flynn's creepy page-turner come to life with the magic that is Amy Adams and Patricia Clarkson is such a joy. The show is dark, secretive, captivating, and of course, sharp. A gripping take on the complicated struggle that is "going home again," Sharp Objects portrays mother-daughter relationships so deftly and diabolically that you nearly forget there are even more diabolical crimes at its very focus. The acting is superb, the music is amazing, but the sex scenes? The sex scenes are something else. I don't know what it is about these scenes, but you guys: they are so sexy. As I write this story, there have only been two of them — but the ongoing tension and clear sexual chemistry between Camille Preaker (Amy Adams) and Richard Willis (Chris Messina) was steamy enough to count as foreplay.

Related:
Sharp Objects Showrunner Isn't Ruling Out a Second Season: "I Have Thoughts on It"

In both the book and show, Camille Preaker is a journalist and recovering self-harm addict who is sent on assignment to cover a murder in her hometown of Wind Gap, MO. Also there trying to crack the case is a slick detective named Richard Willis, who is so obviously attracted to Camille the second he lays eyes on her; even though she guzzles vodka out of a water bottle all day long (while driving, I'd like to add), she somehow still has gorgeous skin and glossy hair. Unfortunately, Camille also has a history of cutting words into her skin, and her entire body is covered in scars, including words like "vanish," "dirt," and "fix" that also serve as the titles of each episode. She wears long-sleeve shirts and jeans even in the warm Missouri weather, and refuses to let anyone see them.