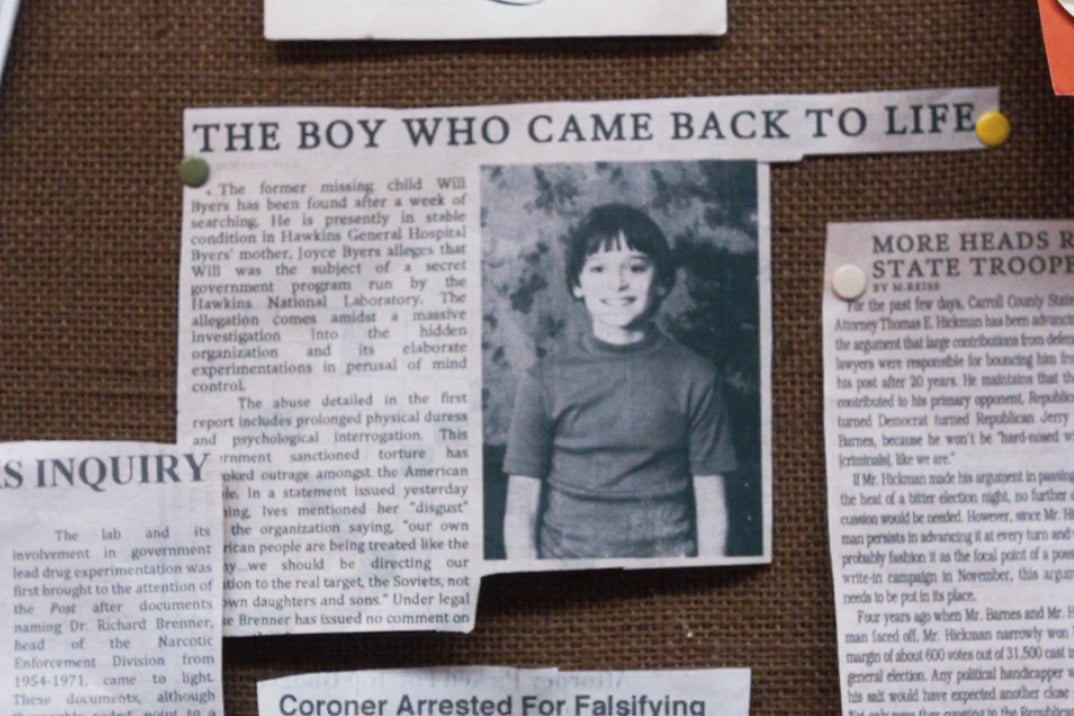 The season one finale of Stranger Things ties up a lot of loose ends, some in more subtle ways that others. If you were wondering how the Byers family explains Will's mysterious reappearance (after his funeral and all that), there's a newspaper clipping in a scene toward the end that clarifies what's going on. I was curious, so I zoomed in on it. Here's exactly what it says — except for the parts obscured by the other clipping on the left:

The former missing child Will Byers has been found after a week of searching. He is presently in stable condition in Hawkins General Hospital. Byers' mother, Joyce Byers, alleges Will was the subject of a secret government program run by the Hawkins National Laboratory. The allegation comes amidst a massive investigation into the hidden organization and its elaborate experimentations in perusal of mind control.

The abuse detailed in the first report includes prolonged physical duress and psychological interrogation. This [gove]rnment sanctioned torture has [prov]oked outrage amongst the American . . . In a statement issued yesterday . . . Ives mentioned her "disgust" . . . the organization saying, "our own [Ame]rican people are being treated like . . . we should be directly our . . . to the real target, the Soviets, not . . . own daughters and sons." Under legal . . . Brenner has issued no comment on . . .

There are a few things of interest here:

You can find us here speculating about season two until a renewal notice and more details come out.