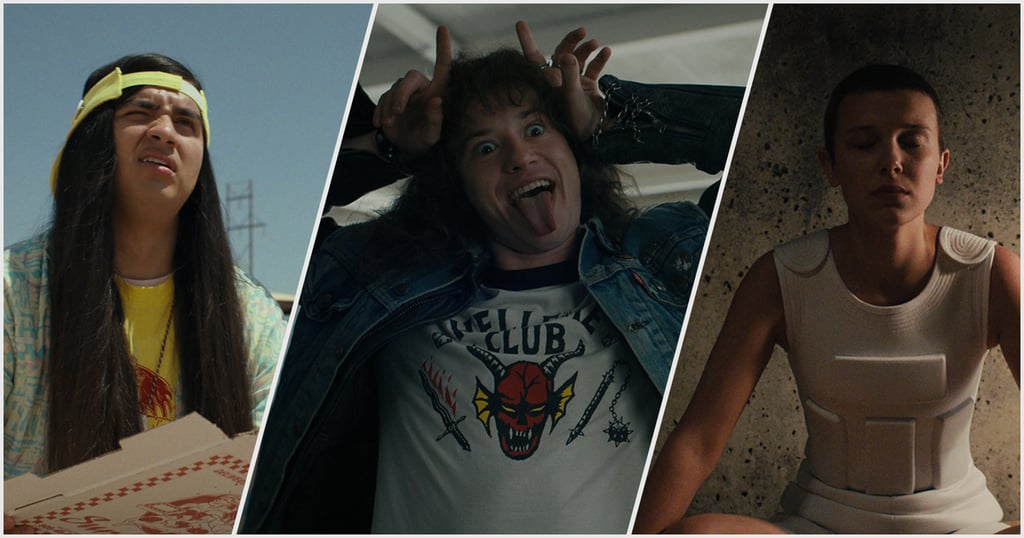 From Barb to Eddie Munson, There's a Perfect "Stranger Things" Halloween Costume For Everyone

"Stranger Things" took the world by storm when it debuted on Netflix back in 2016, and it's been dominating Halloween ever since. The fourth season arrived in July, and you can bet you'll be seeing plenty of little Elevens, Steves, and even little Vecnas running around on Oct. 31. Plus, what could make for a better couples' costume than Eddie Munson and Chrissy? "Stranger Things" was made for Halloween, and with its giant cast of characters — which has grown steadily every year, but probably won't increase in season five — there's a costume option for everyone.

Season five will be the series's final season, so this Halloween is the perfect time to pay tribute to the show while everyone's still reeling from the events of the past season and hotly anticipating its conclusion. Whether you want to brush up on exactly what Will Byers was wearing the night he disappeared way back when or you just want to figure out exactly how to replicate Hopper's '80s dad shirts, we've got everything you need to nail a costume inspired by the show. If you need step-by-step DIY instructions, we can help with that, too. Ahead, check out everything you need for the perfect "Stranger Things" Halloween costume.