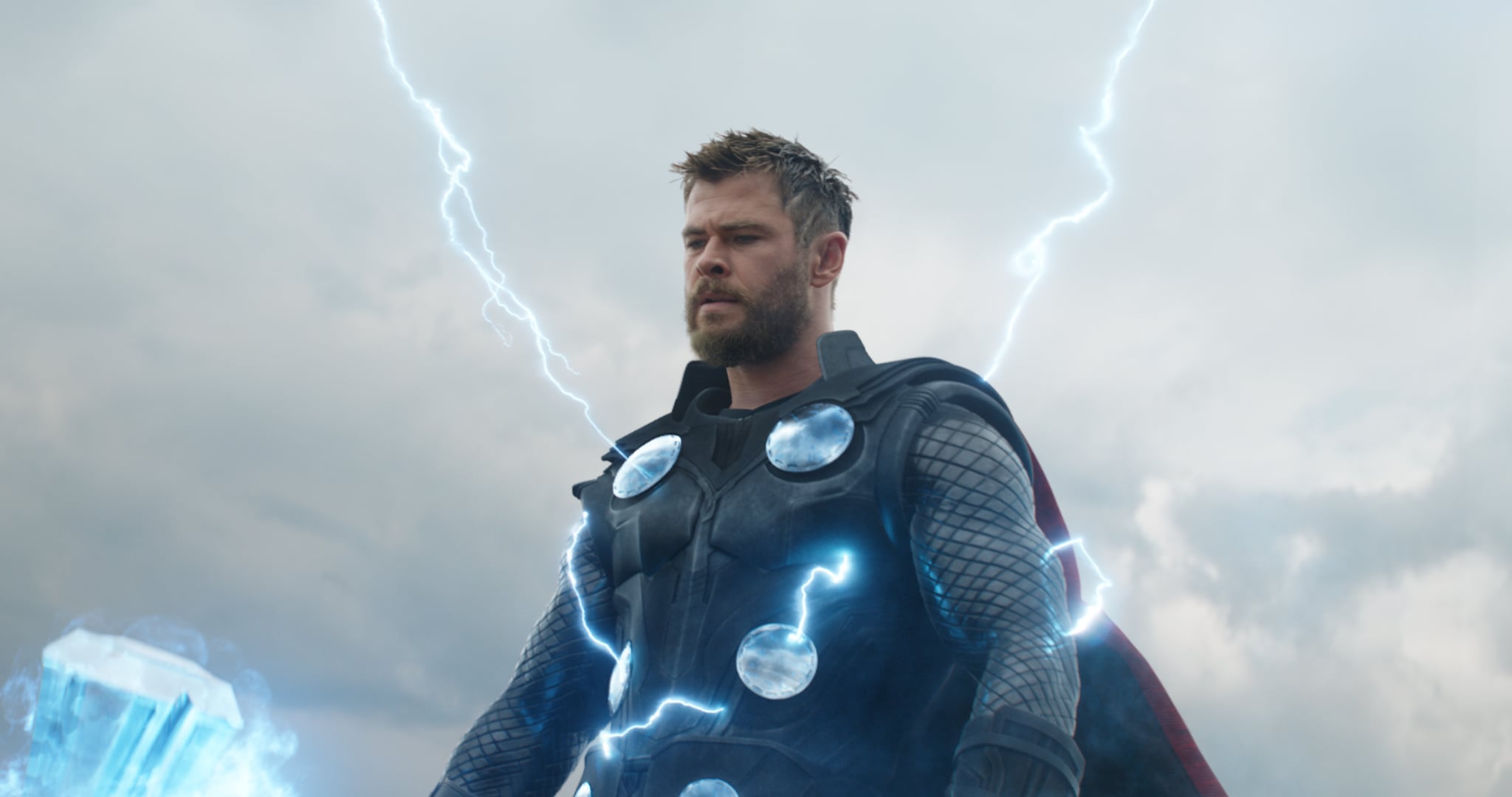 Warning: spoilers for Avengers: Endgame ahead.

With Avengers: Endgame, the story arcs for most of our longtime Marvel heroes are wrapping up. Three of the mainstays — Robert Downey Jr.'s Iron Man, Scarlett Johansson's Black Widow, and Chris Evans's Captain America — departed the series in Endgame, albeit in very different ways. It's not surprising to see many of the original Avengers bringing their arcs to an end. After all, recent years have seen new stars like Black Panther and the latest iteration of Spider-Man, who have won over audiences and proven themselves capable of carrying on the Marvel universe even without the characters who first brought the superhero world to life.

There's one major Avenger, though, whose future still seems a bit up in the air: Thor, who goes through a lot over the course of Endgame. After killing Thanos with little effort, Thor goes into a deep depression, retreats to "New Asgard," and becomes a drunk, overeating recluse. He's eventually pulled out of his funk, thanks to his fellow Avengers and his experience during his portion of the Infinity Stone-grabbing "time heist." By the end of the movie, though, his future is left pretty open-ended. He abdicates leadership of the Asgardian survivors to Valkyrie, whom he hails as the new monarch of Asgard. Then he hitches a ride with the newly re-formed Guardians of the Galaxy; after some snarky power-struggling between him and Peter Quill, they're on their way.

At the moment, there's no confirmation as to whether Thor is, actually, just hitching a ride with the Guardians or if this is a setup for him to join the team in a more permanent capacity. Guardians of the Galaxy Vol. 3 has been pushed back several times, due to the controversy surrounding director James Gunn, but with Gunn reinstated, the movie is reportedly back on track, potentially for a 2022 release date. While Thor is not part of the Guardians team in the Marvel comics, he's spent some time with the film version of the crew already, back in Infinity War, and it seems like he'd be a good fit to continue on as part of Marvel's quirkiest ensemble!