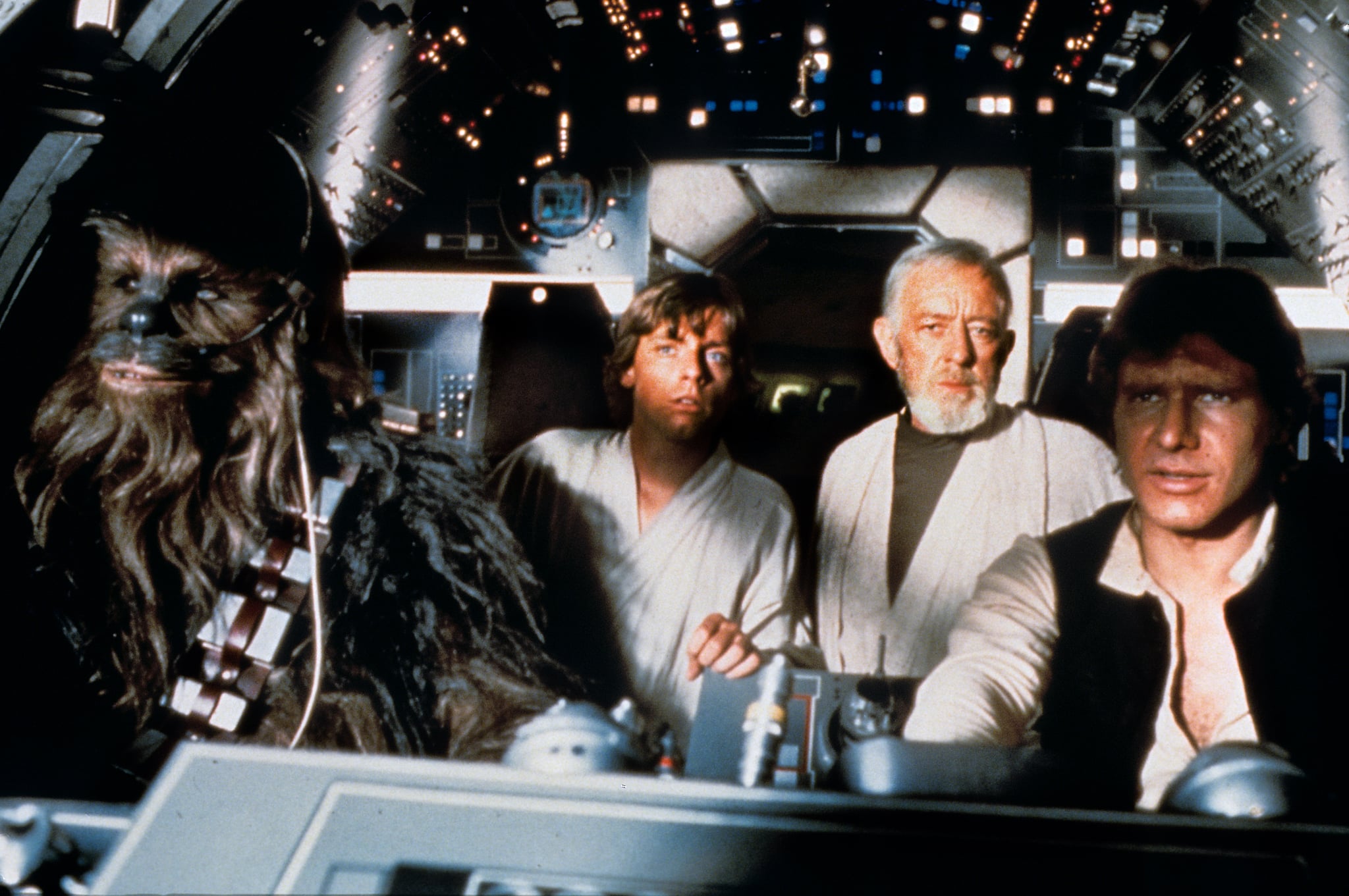 Big spoilers for Star Wars: The Last Jedi below!

At two points in Star Wars: The Last Jedi, we get emotional scenes featuring a set of gold dice. They're a heartbreaking nod to the dearly departed Han Solo (Harrison Ford), but if you're having a hard time placing them, you're not alone. Even if you're a diehard fan of the galactic franchise, remembering the last time the dice made an appearance is tough. In fact, they first appeared in A New Hope and haven't been seen much since.

In the 1977 film that kicks off the series, a small pair of gold dice are seen swinging in the cockpit of Han Solo's Millennium Falcon (which you can just make out in the top center of the photo above). It's briefly mentioned that he considers the dice "lucky," which is why he has them hanging in the cockpit as a lucky charm. They seemed to disappear from the movies after that, until they finally reappeared in advance of 2015's The Force Awakens. They can actually be seen in the upper left corner of the Star Wars cover that Annie Leibovitz shot for Vanity Fair in June of that year (ahead). Of the dice, which immediately captured fan attention, Lucasfilm Story Group creative executive Pablo Hidalgo offered a bit more about the canonical origin of Han's lucky charm.

"The story that you would hear if you traveled to cantinas or watering holes around the Star Wars galaxy is that those dice were involved in a game of Corellian Spike — a dice-using version of a card game called sabacc," he explained. "Rumor has it Han won the Millennium Falcon [from Lando Calrissian] with those dice. Whether or not that's just bar talk, I can't say." 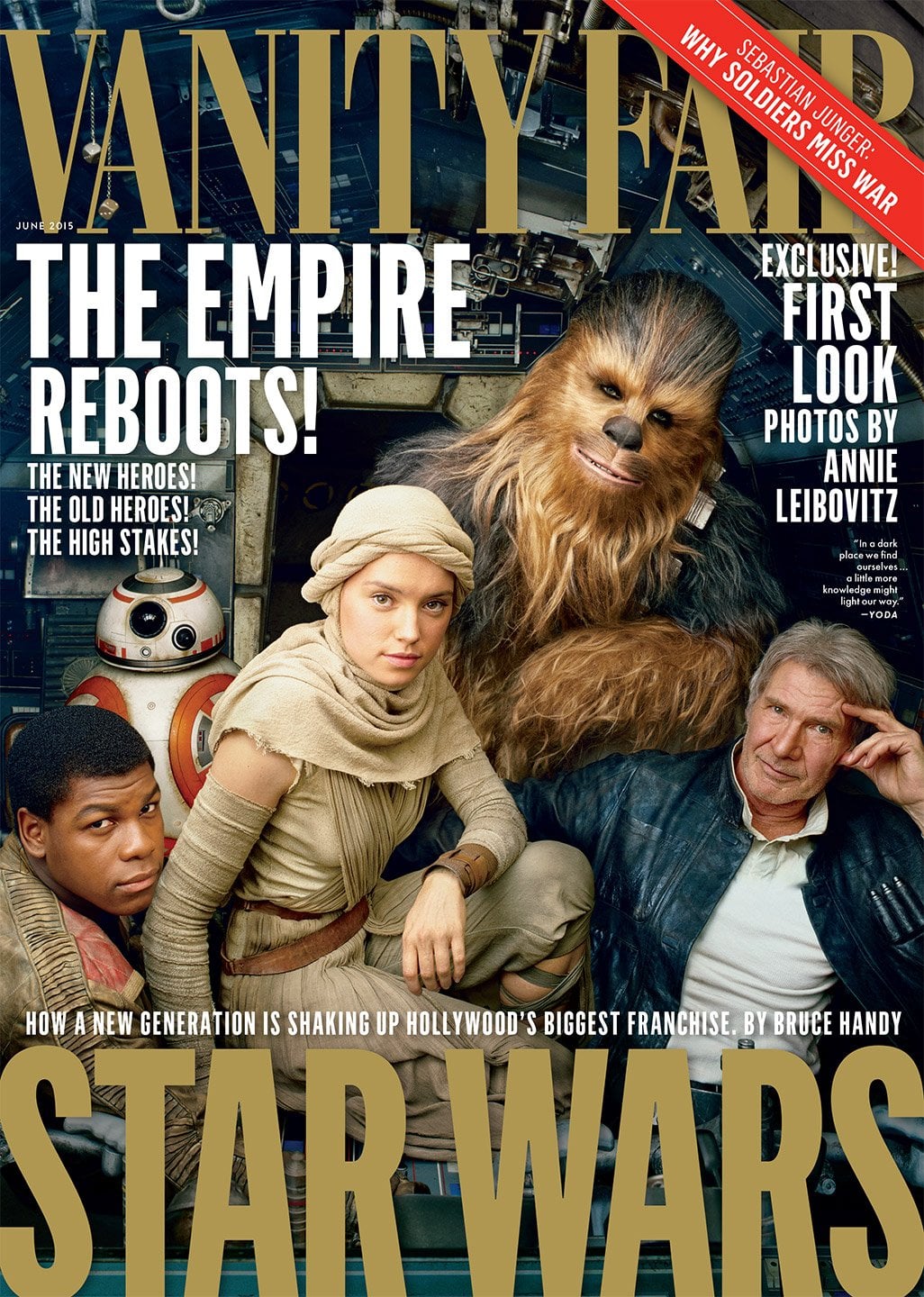 In The Last Jedi, the dice are featured much more prominently. Once Rey flies the Millennium Falcon to Luke Skywalker's remote island of Ahch-To, the Jedi ends up covertly sneaking aboard the ship while Chewbacca is busy chowing down on some roasted Porg. It's there that Luke stares down at the dice, clearly moved by thoughts about his late friend.

As the movie draws to an emotional conclusion, we see Luke break out the dice once more when he meets up with his sister, General Leia Organa. As they prepare for a make-or-break battle against Kylo Ren's First Order, Luke places the dice in Leia's hand as a sign of hope and goodwill. The eventual, intense lightsaber duel between Kylo and Luke not long after that scene leaves the latter completely drained of life. It's revealed that he wasn't actually there and instead was projecting his likeness using the Force. As his body disappears, so do the dice he gave to his sister.

While we don't know the whereabouts of the real dice, we can only assume Luke ensured a way for them to be returned to their rightful place: front and center in the Millennium Falcon's cockpit.