Warning: MAJOR spoilers for Star Wars: The Last Jedi ahead!

In Star Wars: The Last Jedi, the latest installment of the franchise bravely makes the decision to kill off another of the original trio. After a projection battle with Kylo Ren to distract the First Order's forces, Luke Skywalker officially becomes one with the Force and, in doing so, loses his physical form and dies. 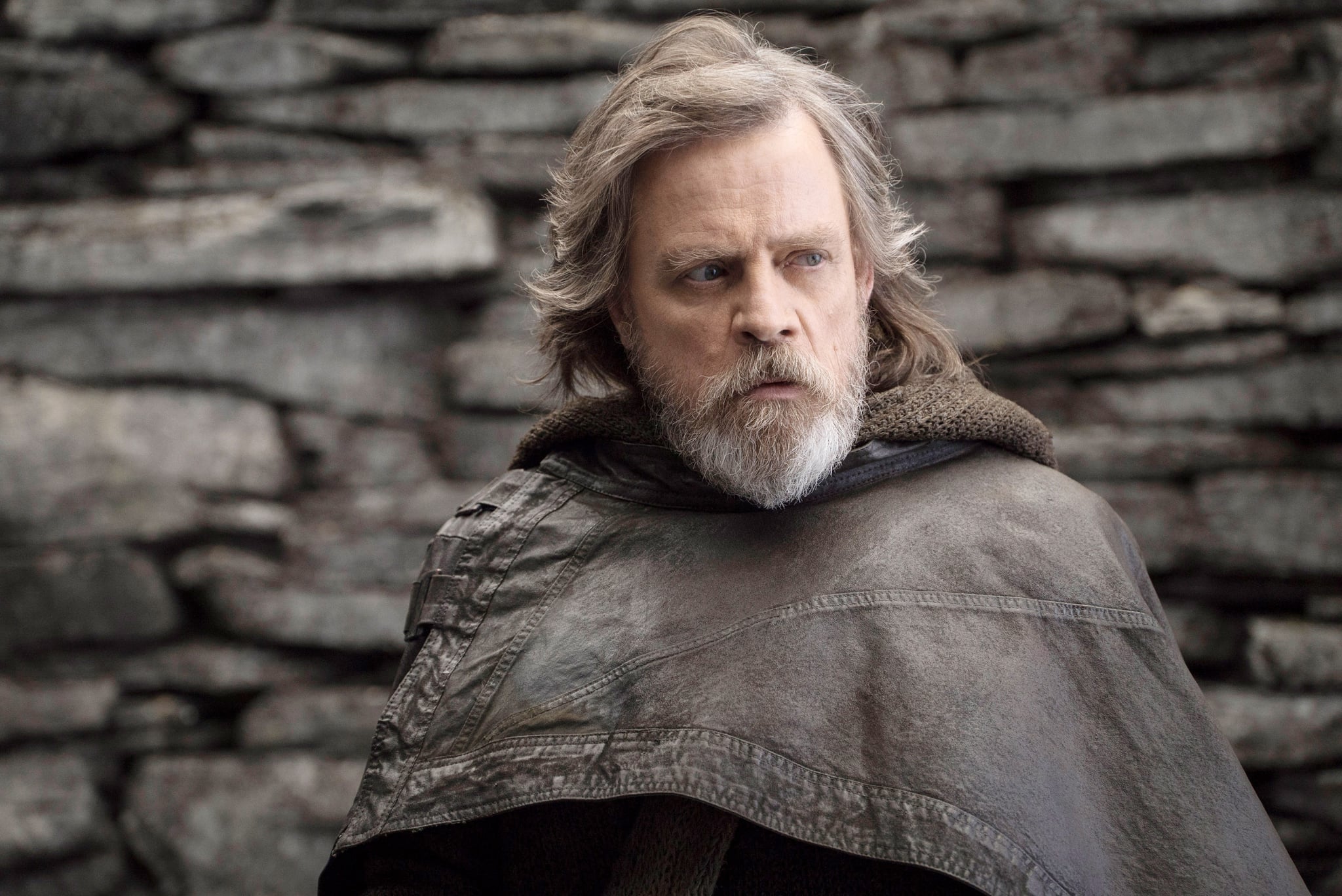 If you were stuck wondering "WTF?" when Luke seemingly dissolves and his cloak floats out over the ocean, we're taking it back to the original movies with a detour to the much-maligned prequels to explain.

After Obi-Wan Kenobi dies in A New Hope in a fight with Darth Vader, Luke hears his voice guiding him while attempting to take down the Death Star and then again directing him to the planet Dagobah to find Yoda in The Empire Strikes Back. Yoda even converses with Kenobi's spirit, known as a Force spirit or Force ghost. When Yoda himself dies, he too fades away as Luke does in The Last Jedi, his cloth robes empty of his body.

After the final battle in Return of the Jedi, when Luke and his friends are celebrating the victory on Endor, Luke sees the ghostly blue forms of Yoda, Obi-Wan, and Anakin's Force spirits smiling upon him.

In order to explain Force spirits, we need a side trip to the prequels — a deleted scene from Revenge of the Sith, actually. Obi-Wan's former Jedi master, Qui-Gon Jinn, learned how to preserve his consciousness in the Force prior to his death at the hands of Darth Maul. "When I became one with the Force, I made a great discovery. With my training, you will be able to merge with the Force at will. Your physical self will fade away, but you will still retain your consciousness," Qui-Gon tells Yoda in the deleted scene. In the Clone Wars TV show, Qui-Gon gives more detail, explaining that compassion rather than greed allows this transition, requiring a level of selflessness in death (like Vader sacrificing himself to throw down Emperor Palpatine and protect Luke).

As a result, few Jedi are able to master the ability, but since Luke's teachers both managed it (and his father, in the end), Luke would have learned as well. After expending a great amount of energy to help Rey and the remainder of the Resistance flee Crait on the Millennium Falcon, Luke's last act merges him with the Force in the way of his masters before him. His physical form disintegrates as he joins the Force, allowing him the possibility of communicating with Force-sensitive people like Rey and Kylo from beyond . . . much like Yoda's Force spirit does when he appears to burn the tree holding the Jedi texts on Ahch-To in The Last Jedi.

We could, in theory, even see Luke's Force spirit too at the end of Episode IX!