Even if Dean has always been your favorite Gilmore Girls boyfriend, you have to admit that the character didn't exactly end on a high note during the series's original run. By the time Dean leaves Stars Hollow, he's evolved from Rory's sweet first love into an overbearing married man who's having an affair. Thankfully for Team Dean fans, Gilmore Girls: A Year in the Life gives the character some much-needed redemption, and though his screen time is limited to just one scene, it's basically perfect. 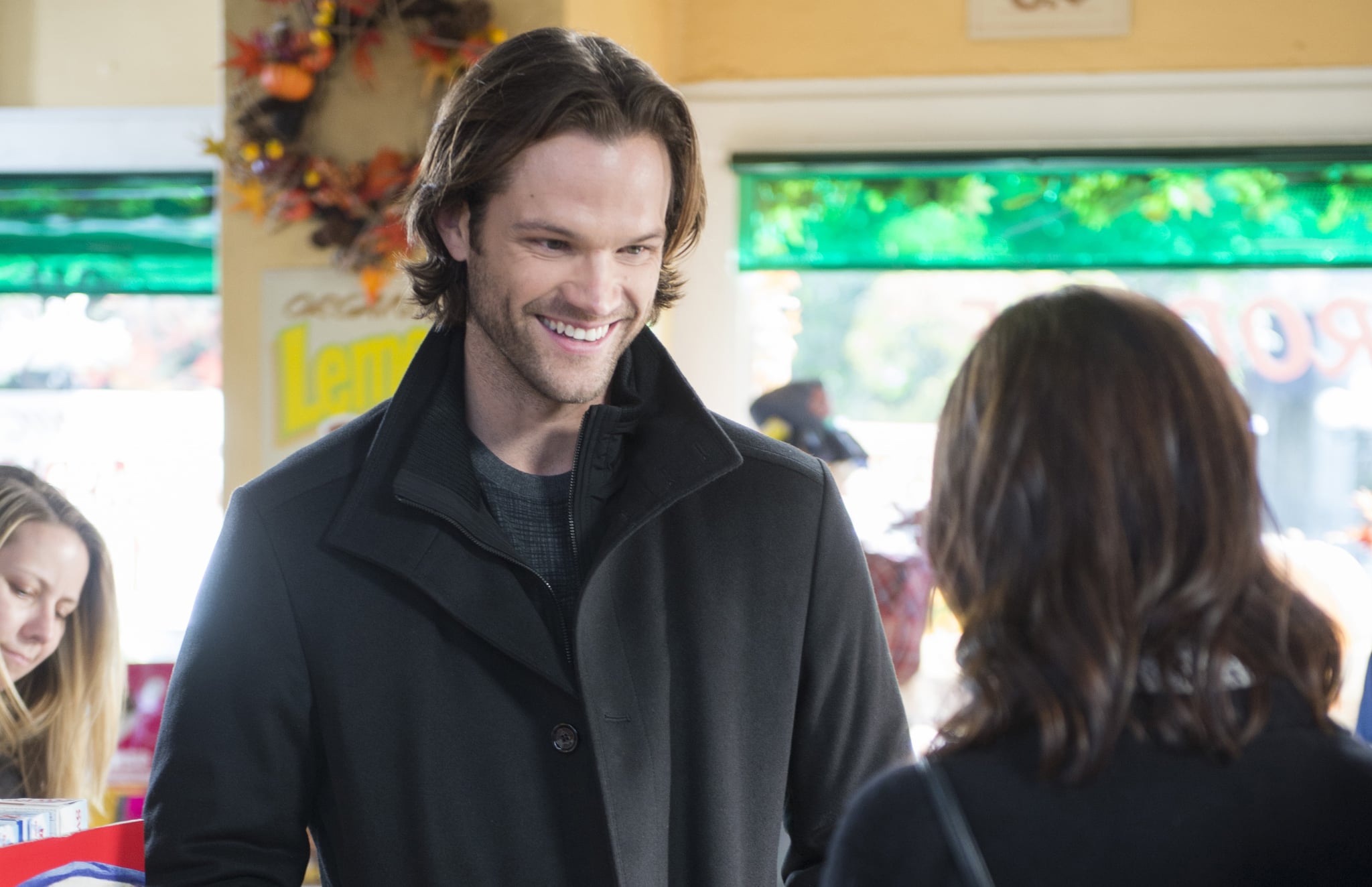 In the Fall episode, Dean and Rory literally bump into each other in Doose's market, and though they're surprised to see each other, it's clear that they've kept in touch in some form over the years. They have that kind of rapport that's familiar and easy with just a hint of awkwardness, which feels authentic for a pair of adults who used to be high school sweethearts. Dean excitedly shares the news that he's expecting his fourth (!!) child with his wife, Jenny (read: NOT Lindsay), he's moved to Scranton (where apparently it's really boring), and his sister has moved to Berlin with her annoying boyfriend. In the midst of catching up, Rory tells Dean about the book she's writing and asks if she can put him in it. Dean asks what she's going to say about him, and you can pretty much see all the worst possibilities running through his head: how she chose Jess over him, how he took Rory's virginity, how he cheated on his first wife, and so on. But in an emotional turn, Rory reminds Dean (and all of us) why she loved him in the first place and why he was the perfect first boyfriend at the time. She says:

"That you were the greatest boyfriend alive. That you were, um, generous and protective and kind and strong. That as much as I wish we'd met when I was older and more mature, I know that if I hadn't had you with me when I did, I wouldn't be the person I am today. That you taught me what safe feels like."

Dean clearly doesn't know how to respond, and before things can get too weird, Rory breaks the tension by adding "And that you had a disturbing obsession with Lord of the Rings. That you did a terrible Smeagol impression." The exchange only gets better with a nod to their first kiss, as Rory picks up a box of corn starch and calls out to Dean.

Overall, the scene gives fans a sense of closure about Rory and Dean and about Dean in general; he turns out to be a good guy despite his teenage shortcomings, and neither Rory nor Dean is still hanging on to any leftover feelings or bitterness about their relationship. And for a series that leaves us with many unanswered questions, it feels pretty good to at least have this loose end completely tied up.