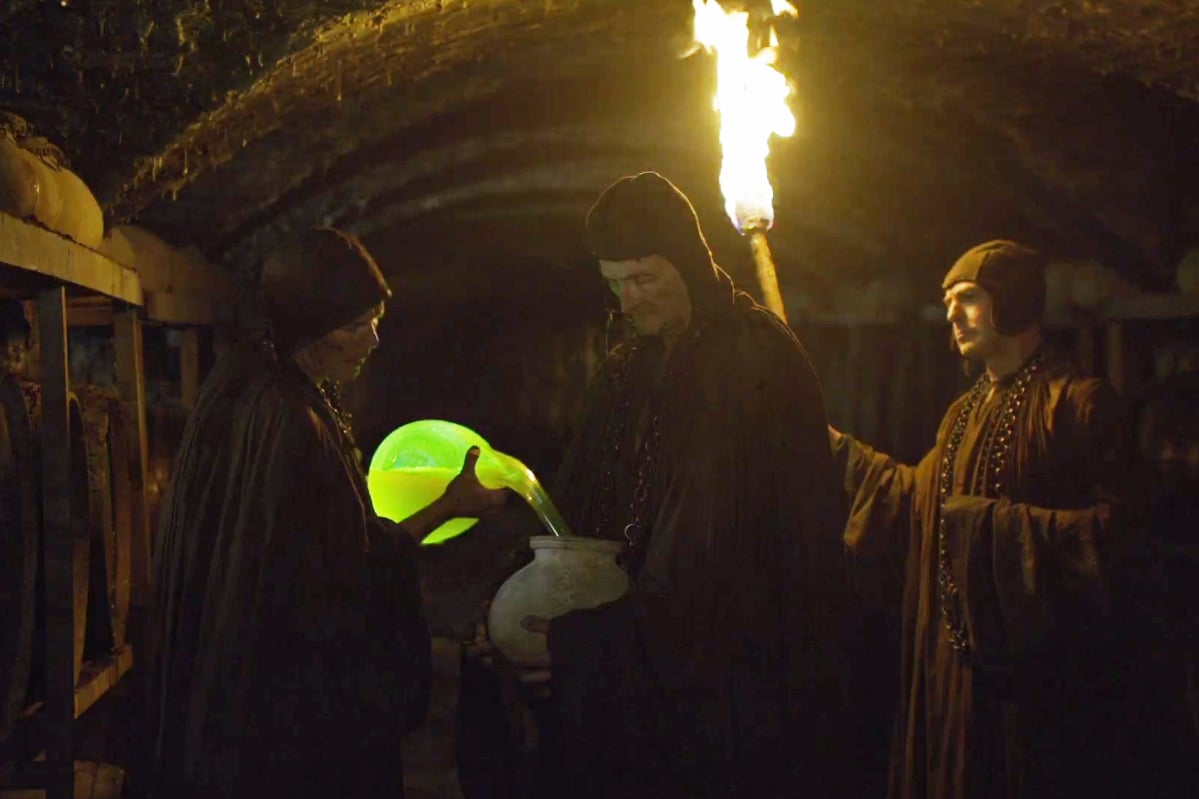 Wildfire is one of the most dangerous substances in the Game of Thrones universe. That's saying a lot in a world where the dead walk and dragons live. This green liquid that burns everything it touches has been the downfall of at least two Targaryens, Joffrey's saving grace when under attack from his uncle Stannis Baratheon, and now, a deadly weapon against the High Sparrow. Perhaps we thought the use of wildfire would stop after Tyrion uses it to obliterate Stannis's fleet at the Battle of the Blackwater, but given that Bran Stark has visions of a wildfire explosion and Cersei Lannister clearly isn't afraid to use it, we don't think it's going anywhere anytime soon. So, let's go over all of its properties, shall we?

What We Know of Wildfire