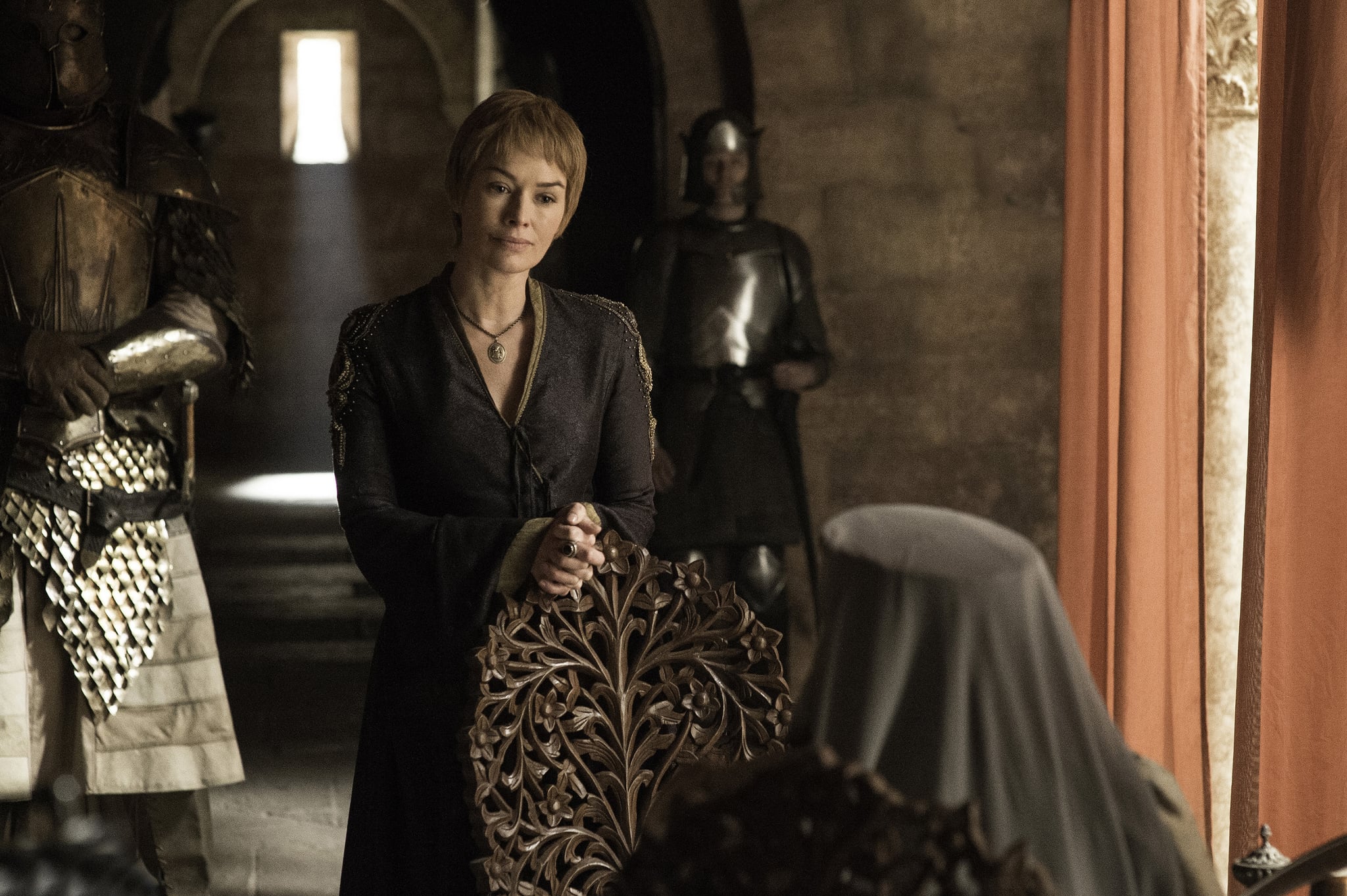 Game of Thrones is a show that doesn't shy away from utilizing parallels, foreshadowing, and flashbacks to drop hints about upcoming storylines. This often sends fans into a tizzy of elaborate theories — including one about Daenerys potentially following in the footsteps of her crazed father. However, it may not be Daenerys who goes mad. Instead, Cersei could become the Mad Queen.

The popular Mad Queen theory suggests that Cersei will tumble down a path similar to that of the Mad King Aerys Targaryen. After a descent into madness, she'll attempt to burn down King's Landing with wildfire — a dangerous and explosive substance that burns with flames that only sand, not water, can extinguish. Reddit user redough proposed the theory last year, claiming that Cersei could destroy the city due to the deaths of her two children, Tommen losing control of the city, and losing her trial. Many fans agree and have been posting their own versions and thoughts on the theory. 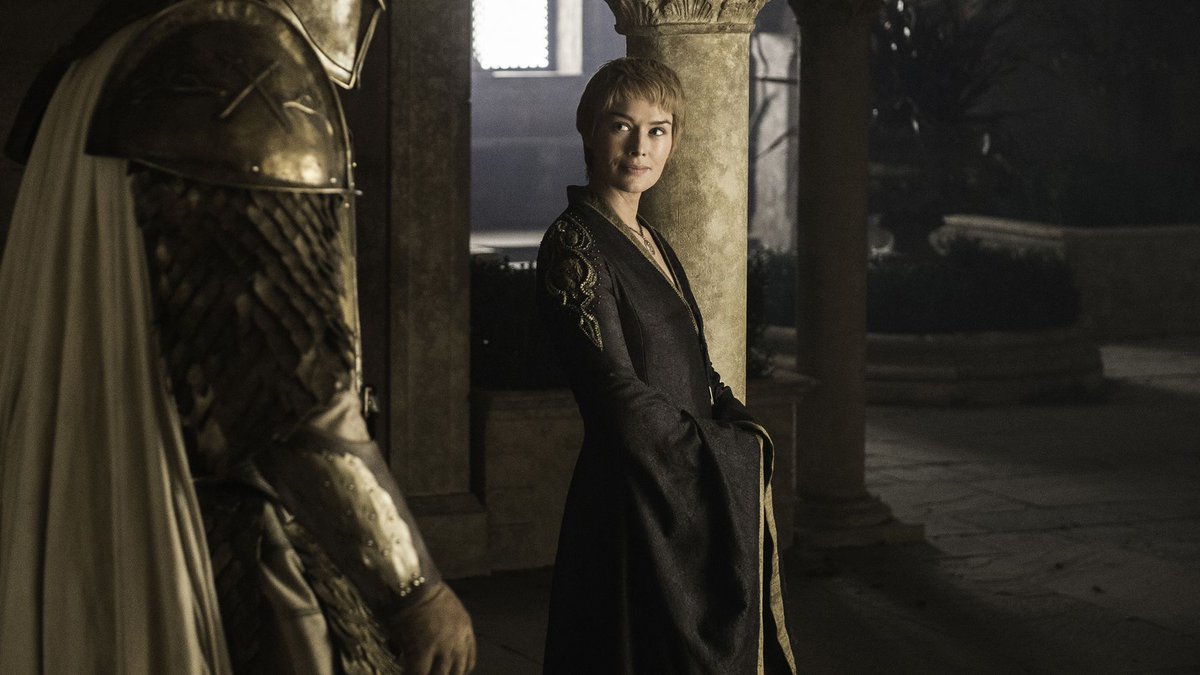 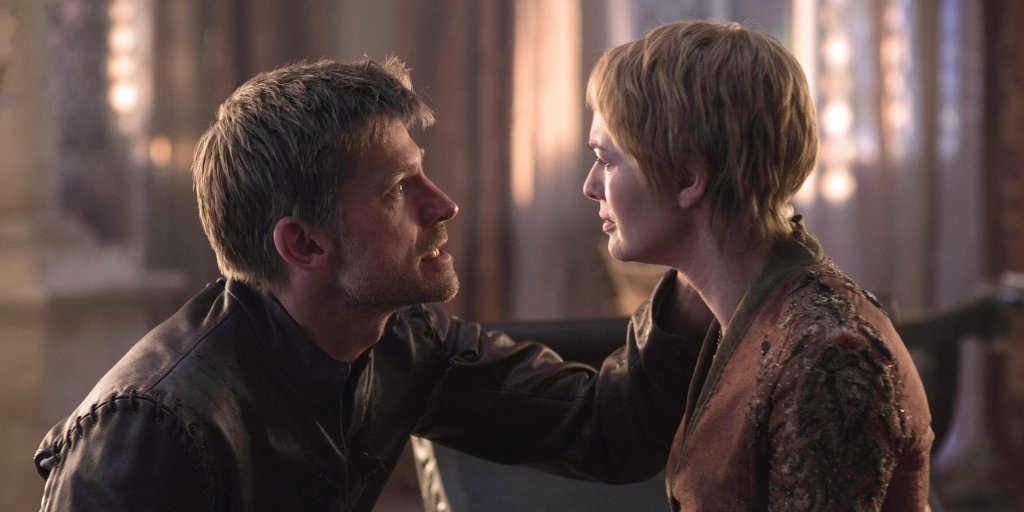 Despite the Mad King's destructive plans, King's Landing ultimately survives because Jaime intervenes and kills him. The act earns Jaime the nickname Kingslayer. This could very well happen again — except he'll be called Queenslayer.

In addition to the witch's prophecy about Cersei's children, she made other predictions that also came true: Cersei marries a king rather than a prince (King Robert Baratheon rather than her betrothed, Prince Rhaegar Targaryen), and she was queen until a "younger, more beautiful" queen took her place and what she held dear (Margaery, who first wed Joffrey, then Tommen).

While those predictions can also be found in the books, the show excluded something major. The witch also tells young Cersei that after she's stricken with grief due to her children's deaths, "the valonqar shall wrap his hands about [her] pale white throat and choke the life from [her]." "Valonqar" is High Valyrian for "little brother" — and Jaime is the younger of the twins. If Tommen's death is imminent like the prophecy suggests, Cersei may choose to burn down King's Landing in the wake of it, and Jaime may have to stop her like he did the Mad King.

Given Daenerys's and Bran's visions of a destroyed throne room and a wildfire explosion, respectively, there's also a chance that Jaime or anyone else won't kill Cersei in time to stop her. If this is the case, King's Landing will be no more. Some fans think this is a great possibility, as HBO has elected to film less in Croatia, where the city's scenes are shot.

Regardless of whether or not the Mad Queen theory is true or how it may unfold, one thing's for sure — Cersei is definitely up to something.