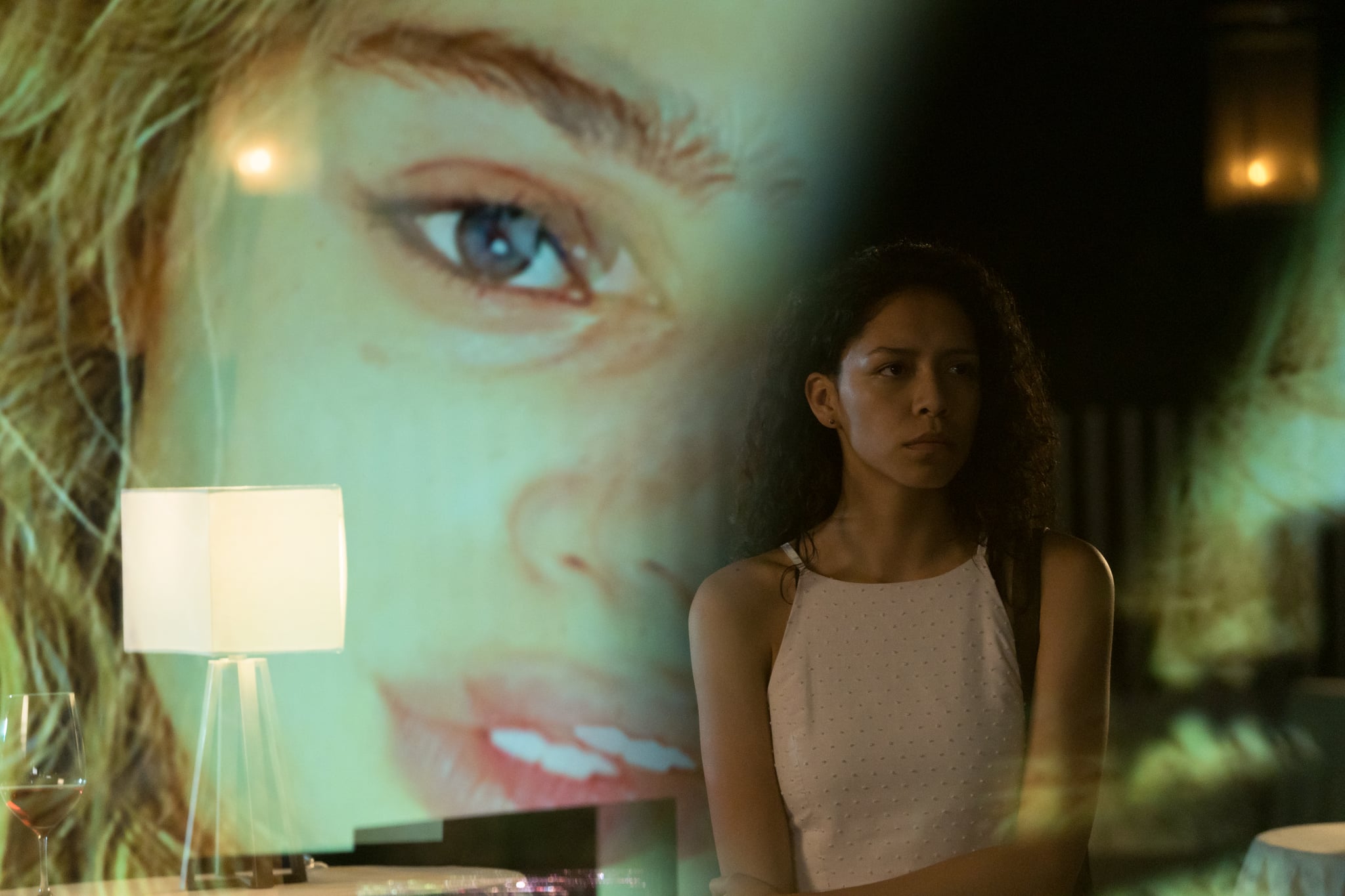 A new horror series, Chambers, is now streaming on Netflix, which is exciting for a number of reasons. While it's not the same type of eerie familial horror that launched The Haunting of Hill House to near-instant success, it's still a solid, creepy story that only gets weirder with each subsequent episode. The series follows a teenage heart attack survivor, Sasha (Sivan Alyra Rose), who soon finds her life entangled with that of her heart donor's family (Uma Thurman, Tony Goldwyn) in increasingly sinister ways. It won't take long before you have one question repeating over and over again in your mind: what, exactly, is wrong with Sasha's new heart?

Warning: Spoilers for season one of Chambers to follow, so proceed with caution!

The answer isn't black and white. To be blunt, there's a lot of stuff wrong with the organ, but everything comes down to the young, troubled woman whose life had to end so that Sasha could have her heart: Becky Lefevre (Lilliya Scarlett Reid). If you ask her parents, she was an angelic daughter and promising student with dreams of going to an Ivy league university. If you ask girls who went to high school with Becky, they'd say she was a pretty, blond mean girl with a malevolent edge to her personality. In truth, Becky was both.

As you get further and further into the series, two main themes come into play. The first is that Sasha starts taking on more and more characteristics of the deceased — finding blonde streaks in her dark hair, suddenly becoming great at math and fencing, and signing Becky's name on her tests, among other things. The second is that it becomes crystal clear that Becky's parents, Nancy (Thurman) and Ben (Goldwyn), are involved in a New Age-y cult called called The Annex.

Related:
Netflix's "F*cked Up" New Horror Series Is a Must-Watch For Haunting of Hill House Fans

When Becky dies they pull their son, Becky's brother Elliott (Nicholas Galitzine), from the Annex's questionable rehab facility, but it's obvious that there's something much darker at the heart of the faux-religious center other than pastel-colored crystals and meditation sessions. Sasha doesn't interact with the Annex much herself, but thanks to visions that show her Becky's memories (especially of the stormy night that she seems to have died from suicide), she's able to piece together that the Annex did something strange to Becky that turned her from an average Regina George into a violent shell of herself (one who enjoys cutting the tails off rats and attempting to burn her friends to death in a steam room). 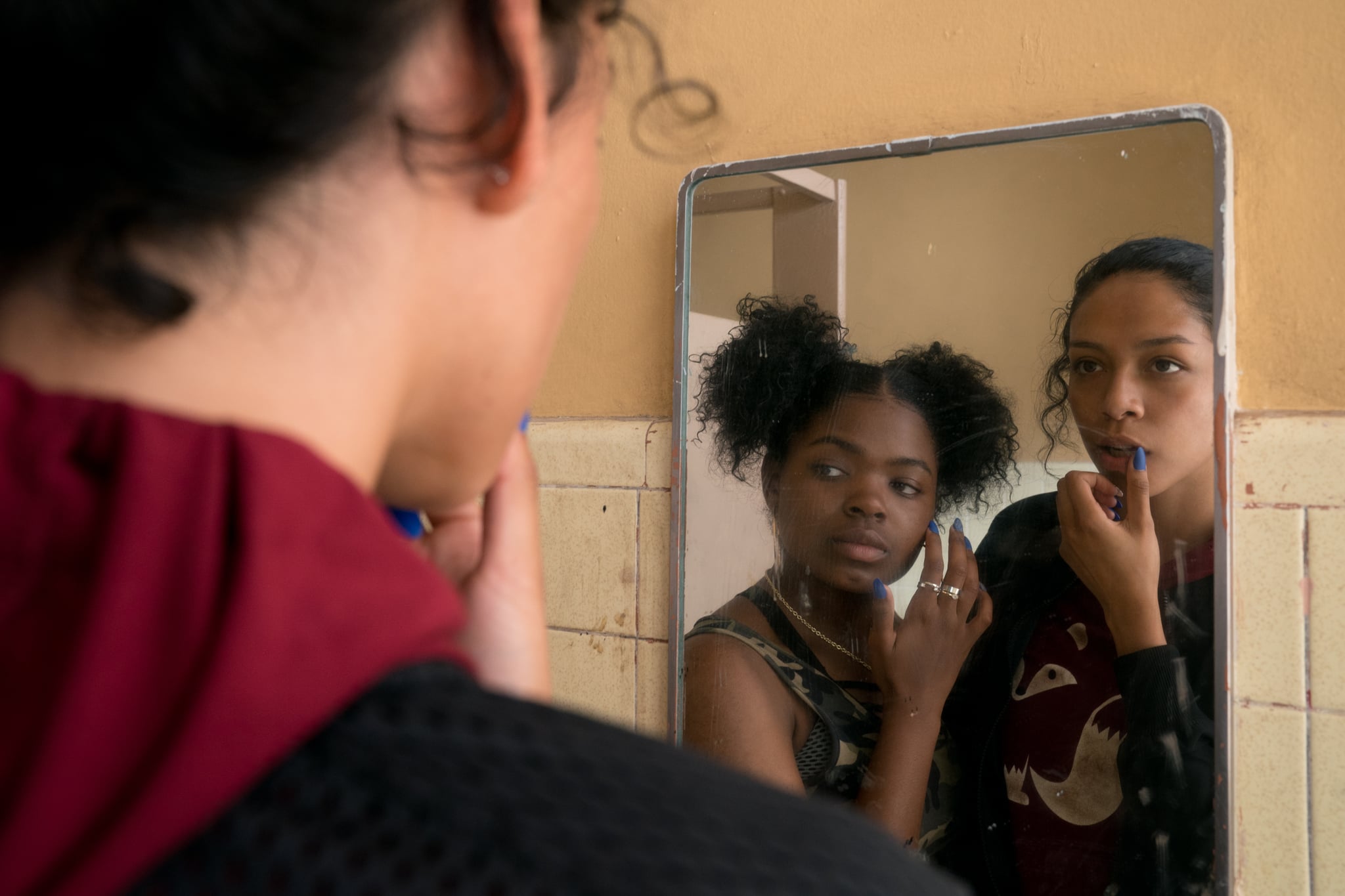 Sasha begins having similar, increasingly bizarre urges after the transplant, to the point that her best friend, Yvonne (Kyanna Simone Simpson), and boyfriend, TJ (Griffin Powell-Arcand), start to alienate her. Towards the end of the season, though, Sasha makes a break in the case of what really happened to Becky: she was unknowingly chosen by the Annex to be a human vessel for a special, demonic entity.

School counselor and "life coach," Jones (Michael Stahl-David), who works at Sasha and Becky's school, is the one who helped organize the ceremony, and Becky being the sacrificial lamb (so to speak) was even approved by her own father, Ben. (Nancy had no idea.) As Sasha sees in a terrifying vision, masked, robed cult members took Becky into a secluded area of the desert one night, tied her to a rock, and summoned a cloud of evil black smoke. It turns out the smoke was the demon Lilith, who the Annex believed would inhabit Becky's body and transform her from an average human into an all-powerful being capable of "healing the world." Becky isn't thrilled with being "violated" by a cult (can't say we'd be either, for what it's worth) and rejects Lilith's presence in her body. It's the push and pull between Becky's soul and Lilith's energy that spurs Becky into violence.

That's why Becky killed herself — she wanted to be free of the demon trying to possess her. Unfortunately, when Becky's heart was transplanted into Sasha's body, both her and Lilith's presences went with it, so now the three of them have been locked in a battle of wills. In the end, Sasha "kills" the last piece of Becky still lurking inside her, thinking she'll be free once and for all. The last scene of the season, however, confirms that Lilith never left; instead, it seems that Sasha is a strong enough vessel for the demon who is now able to use her powers.

For example, upon hearing this revelation from the Annex's leader, played by The Conjuring's Lili Taylor, Sasha instantly heals the huge heart surgery scar on her chest. Overall, though, she seems rattled by the news that there's an all-powerful demon living inside her and isn't into the idea of being the mascot for the Annex. Season one leaves off on a cliffhanger, but if you ask us, it seems like Sasha is about to go rogue with her newfound abilities. Can't say we blame her.

by Alicia Geigel 28 minutes ago