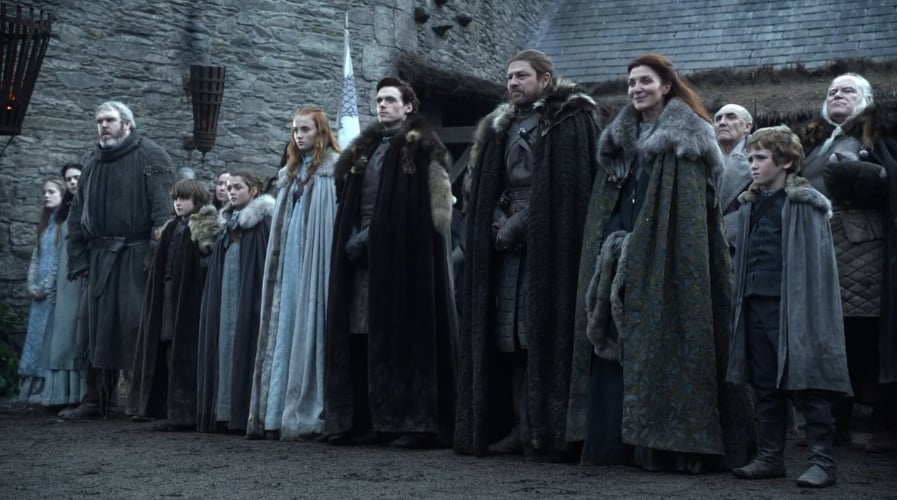 In the latest episode of Game of Thrones, Bran Stark reunites with Arya Stark after she makes it back to Winterfell. Bran might have the most dramatic transformation out of all of the Stark children because he's not Bran anymore; technically, he's the Three-Eyed Raven. But when is the last time he sees Arya?

That would be in the very first episode of the show, "Winter Is Coming." We see Bran, along with the rest of the Stark family, lined up in Winterfell in order to welcome the Lannisters. Arya is messing around and is late to get in line. When she does, she tells Bran to move and stands next to him. This is their last interaction. Later, Bran climbs up a tower and catches Jamie and Cersei Lannister in the act. Jaime pushes Bran off and he is unconscious from the fall for the next episode. That also happens to be the episode where Ned, Arya, and Sansa leave Winterfell to go to King's Landing.

So we haven't seen these siblings really interact. Only time will tell how the Starks will continue to react to Bran's transformation.