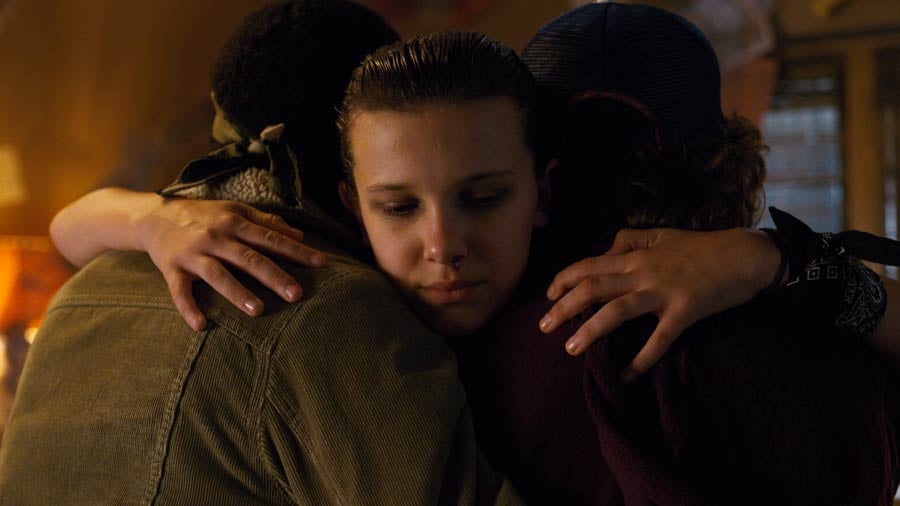 By now, you've probably watched Stranger Things season two. In fact, according to a ratings report, by the end of the first weekend, over 15 million people had watched the season two premiere, each individual episode averaged 4 million viewers apiece, and over 350,000 people watched the whole season in 24 hours. Which means we're all ready for season three. But just when should we expect it?

Unfortunately, there is no official release date yet (and probably won't be for a while). But examining the season two production schedule should provide some clues — season one, not so much, since that was entirely in the can before anyone had even heard of Stranger Things.

Related:
All 33 Songs on the Stranger Things Season 2 Soundtrack Will Flood You With Nostalgia

For season two, the cast returned to set for its first table read on Nov. 4, 2016. So the first season three table read could be taking place any time now.

However, one big difference is that at this point last year, the cast was largely done doing press for season one because the season had dropped over three months prior. This time around, season two is only a week old, so the cast is still embroiled in all the press that comes with the release of a new season. That is probably pushing the production schedule back a bit.

Earlier this year, season two then wrapped filming on June 3, 2017, according to social media posts by various cast members, like Finn Wolfhard's adorable Instagram of Joe Keery and a chihuahua.

If season three wraps at the same time, we would expect to see it premiere around Halloween 2018 like season two did, but if season three isn't in production yet, it might be pushing the production schedule to get it done by June. Season two took seven months to film nine episodes, then four months of post-production. If season three takes that long, October might not be feasible. It all depends on how fast the creators can shoot and produce the season.

Related:
Stranger Things: This Tiny Detail About Chief Hopper Will Break You

However, Halloween is such a natural time of year for Stranger Things to drop that it seems like a waste not to use it. So we would be very surprised if Stranger Things drops any later than Friday, Oct. 26, 2018.

As for future seasons, there aren't any set in stone yet, but the creators have said if they can, there will "be at least four," and "there could be more," they recently told Entertainment Weekly.