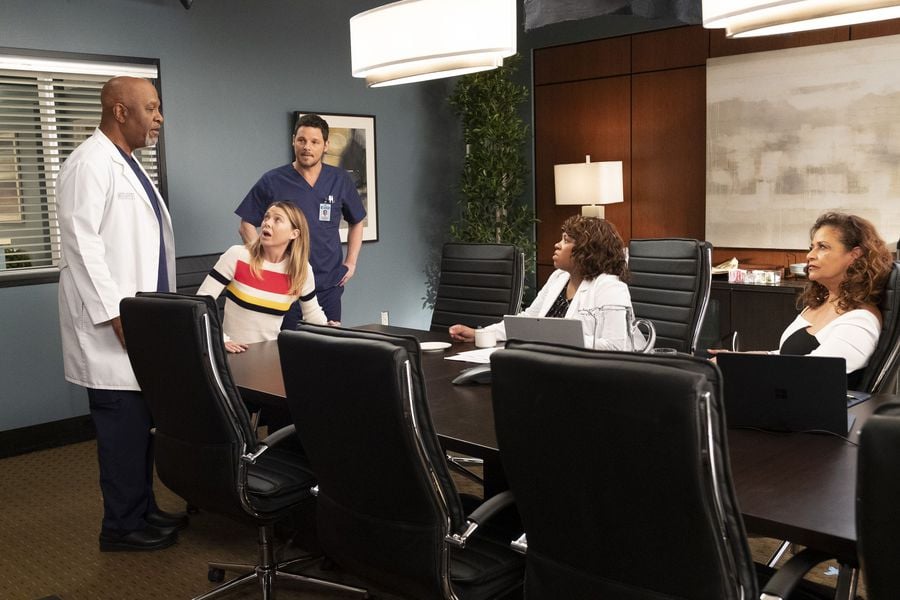 By the end of the season 15 finale of Grey's Anatomy, quite a bit had changed at Grey Sloan Memorial Hospital. "Jump Into the Fog" sees Meredith, Alex, and Richard fired, Jo checking into an inpatient treatment program for her depression, and Teddy presumably going on maternity leave. And while we'd like to hope everything will turn out OK, it's concerning that Andrew DeLuca is still in jail and that Jackson Avery appears to be missing entirely.

What is the show going to do without its chiefs of general surgery and pediatrics? Who's going to fill in as chief of trauma while Teddy is on leave? Who will run the residency program now that Richard's gone? And please tell me we aren't going to need a new chief of plastics!

All these job openings at Grey Sloan leave a lot of room to shake up the cast and see a few of them in new roles. Some of the newly vacated positions may be able to be filled internally — Owen is the obvious choice to fill in as chief of trauma, for example, assuming he's not taking paternity leave alongside Teddy — but many of them don't have an obvious candidate ready to step into the position. DeLuca has shown a recent aptitude for pediatrics, but even if he gets out of jail and returns to work soon, he's nowhere near ready to take over the department. And while Jo may be qualified to take over as chief of general, she probably won't be in the mental or emotional space to handle that transition for a while.

One person who might be ready for a promotion now could be Tom Koracick, who will be joining the cast as a series regular next year. While it's unlikely that the neurosurgeon would suddenly pivot to a new specialty, he could be an excellent person to run the residency program now that Richard's gone. It would be fascinating to see Koracick move into Richard's mentoring role with the interns and residents, and it would give him something to do once he's inevitably dumped by Teddy. 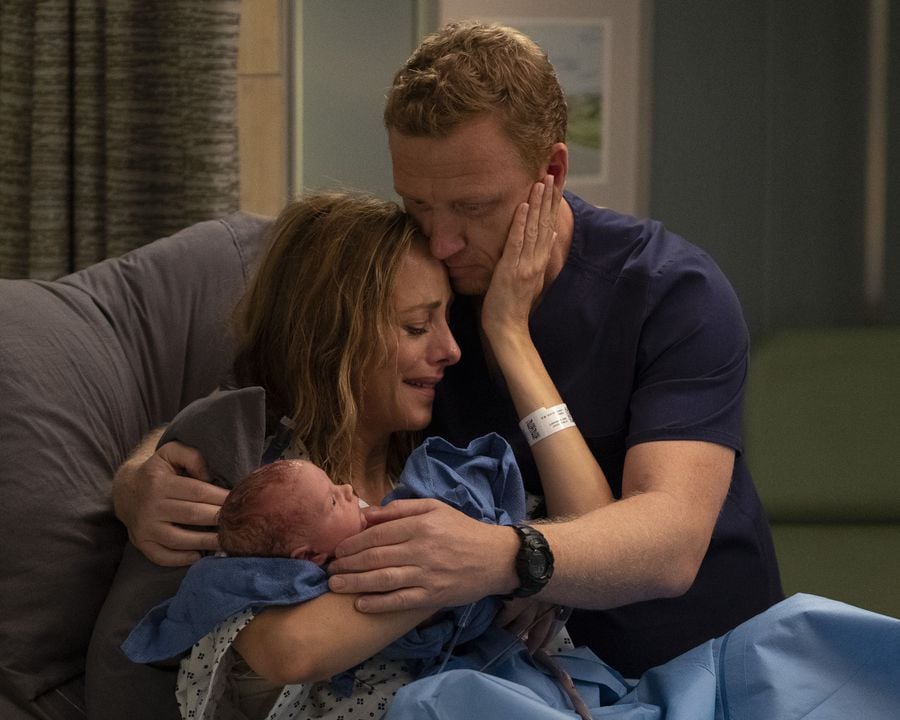 Otherwise, Chief Bailey may need to search outside the hospital to fill all the holes in her staff, which could open a lot of interesting doors of possibility. In a perfect world, she convinces April Kepner to return as the temporary chief of trauma while Teddy is on leave, and Owen steps into Meredith's role as chief of general surgery. Remember, although April is no longer practicing medicine, she's still local and may be able to be wooed back for a three-month gig (that, if the show loves me, would eventually become permanent) — especially since Sarah Drew's Cagney and Lacey pilot wasn't picked up after all.

Another option could be that she offers a job to Nick Marsh, whom we last saw receiving a liver transplant and having mad chemistry with Meredith, stealing him away from the Mayo Clinic so that he can come run a department at Grey Sloan. Yes, I know Meredith has since declared her love for DeLuca, but all I'm saying is, it isn't the worst thing for a woman to have some options.

As for that chief of pediatrics opening, Chief Bailey may need to bring in a completely new character, since Alex doesn't have any obvious protégés that can be promoted, and it seems unlikely that Bailey could convince Arizona Robbins to come back from New York. If it were a few years ago, it would've been fun to see Private Practice's resident pediatrician Cooper Freedman join the team — remember, Amelia originated on Private Practice — but we doubt Grey's Anatomy would draw from that well so many years after the spinoff show ended. So this is likely to be someone brand new, and we'll just need to cross our fingers that we'll love them.

(I'm not speculating about who's going to be the new chief of plastics, because Jackson is fine, you hear me, fine.)

And what will Meredith, Alex, and Richard be doing while Bailey is busily filling their jobs? While they'll definitely all find their ways back to Grey Sloan eventually, it may be fun to see the three of them pursue something else for a while. Alex once dabbled in private practice and could perhaps open a pediatrician's office of his own. Richard has considered retirement in the past, so it may be interesting to watch him try to figure out what life looks like without any profession at all.

As for Meredith, despite what she did, she's probably not going to jail. While it could be interesting to see Grey's Anatomy's central star spend a big chunk of the season behind bars, this show isn't Orange Is the New Black, and it wouldn't try to be. Chances are that Meredith's finale speech about her extreme privilege keeping her safe will turn out to be entirely accurate, and she'll either serve an extremely brief sentence, or — most likely — will either get off scot-free, or will be convicted, but sentenced to time served.

After we figure out Meredith's legal fate, it would be fun to see her team up with Alex and help him open up his own practice. Even if her medical license is revoked, she could still offer a lot of value as a business partner, and embarking on a new venture together could bring a new dynamic to their 15-year relationship.

Whatever happens in season 16, it's going to be curious to see how Grey's Anatomy wriggles its way out of the predicament its written itself into and what sorts of fresh blood these new opportunities bring in.