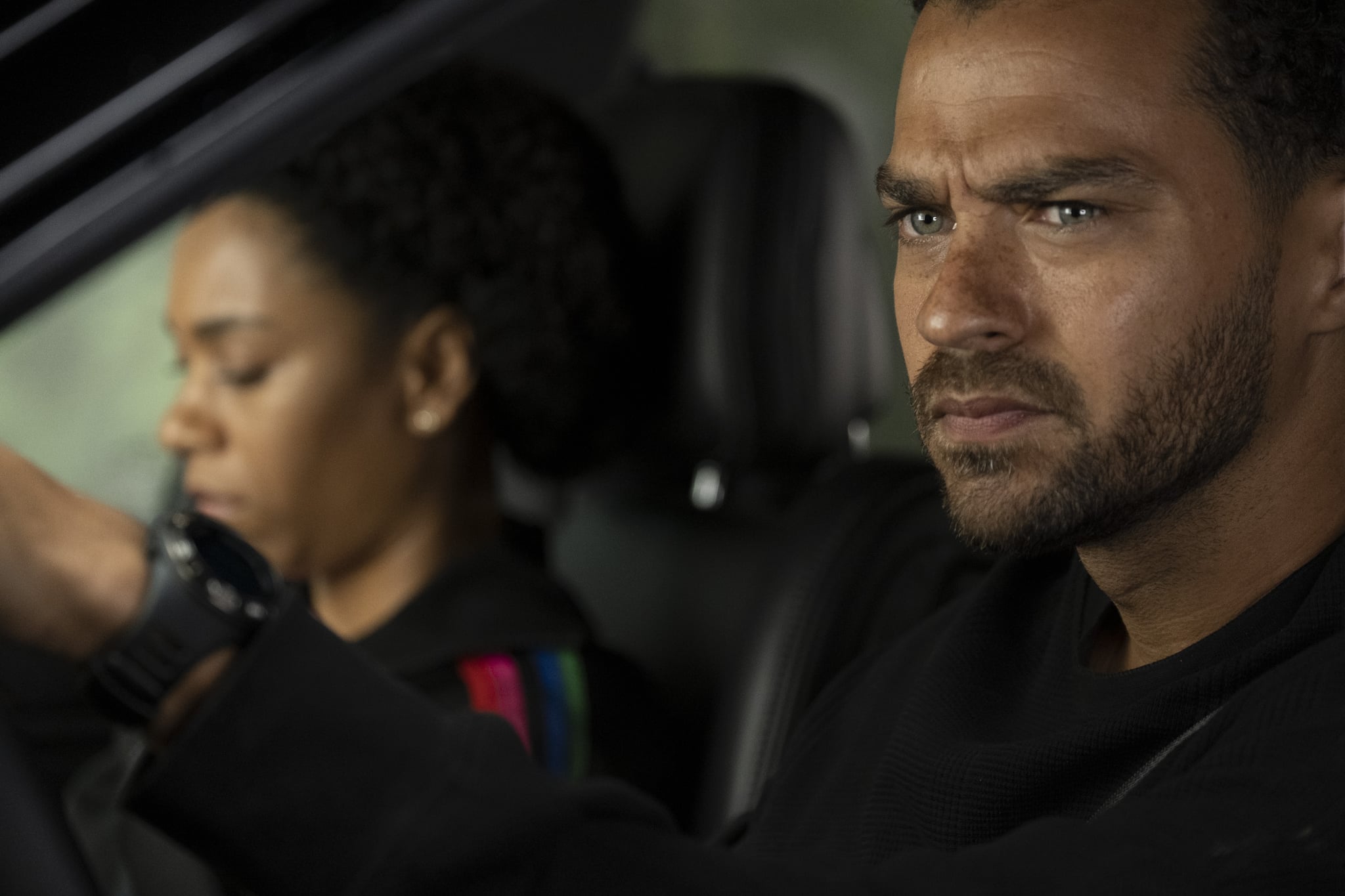 Warning: spoilers ahead for the Grey's Anatomy season 15 finale.

Compared with the plane crashes and fires of past Grey's Anatomy finales, season 15 ends on a rather tame note. Sure, the main character might go to jail, but there aren't any dramatic deaths — that we know of. As Meredith prepares to turn herself in, Jo goes to therapy, and Teddy welcomes a baby, Maggie and Jackson navigate the fog. Following a bitter fight on their camping trip, Jackson leaves Maggie in the car to go check out the foggy situation. Jackson doesn't return, which means we'll just be biting our nails until season 16 arrives.

Not even showrunner Krista Vernoff knows what's going to happen. "We have not mapped it out," she told The Hollywood Reporter. "The writers come back June 3; I'm on vacation for two weeks and then we'll hit it. What I love about act six of our finale is we gave ourselves so much to play with for next season on all the storylines." Jackson probably won't die — the same interview established that Jesse Williams, who's been portraying this character since season six, will be returning as a regular in season 16. That said, we do have theories up our sleeves about how the plastic surgeon's fate might unfold.

Walking into the fog in the dark never sounds like a good idea. Was Jackson falling into the creek early in the finale foreshadowing that something worse will happen? Any number of things could happen to him. While he may be simply lost, he could have also tripped, fell, or gotten hit by a car. Death is unlikely given Williams's contract, but it's not outside of the realm of possibility. On the flip side, something might happen to Maggie while she searches for her boyfriend.

2. He will help people who are injured because of the fog.

Jackson might have bumped into folks who needed help. If Maggie does find him aiding someone hurt, they might be able to put aside their differences at the moment. Still, this situation makes me nervous. Remember when Derek helps people in the middle of the road and then gets hit by a car soon after? That's in broad daylight. Who knows what might happen to Jackson in the fog.

3. He comes to a spiritual revelation in the fog.

OK, this is admittedly a little kooky, but hear us out. Jackson might have simply enjoyed a long walk in the fog. So much that he may never return or only go back way later to announce that he needs a time-out. He's been through a lot with April and his near-death experience. Plus, he did pull a vanishing act earlier this season.

Stranger things have happened on Grey's Anatomy. April's brush with death prompted her to leave her job to work with the homeless. Hopefully, Jackson doesn't end up ghosting Grey Sloan like his estranged father, who abandoned surgery to buy a diner in the middle of Montana. While it might make sense on the surface for him to follow his father's path, this would be cruel to his character development. He's not Izzie Stevens.

Hopefully, season 16 will show Jackson and Maggie out of the woods, literally and in terms of their relationship.