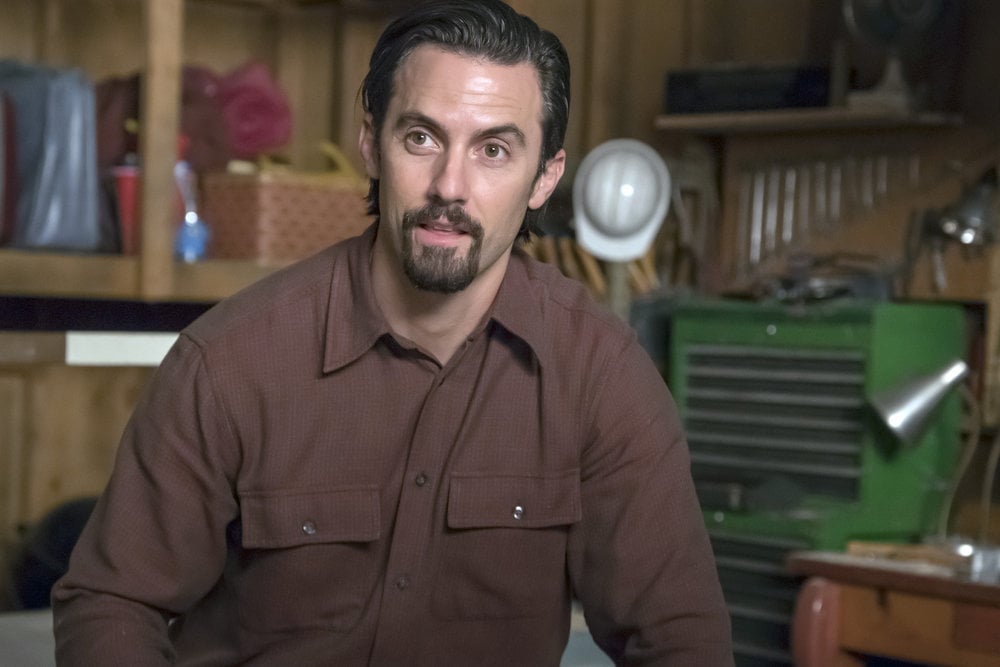 Update: Now we definitely know when Jack's death is: here's how it happens and in which episode.

There's absolutely no doubt about it: before the latest episode of This Is Us, it seemed like anything was possible when it came to how Jack Pearson (Milo Ventimiglia) dies. Fans had been practically ripping their hair out about it since the first season, and the anxiety surrounding the storyline has only increased since the second season premiere when Rebecca (Mandy Moore) is seen sobbing outside their burned-down family home (we'd be lying if we said we weren't bawling our eyes out along with her). Fortunately, for antsy viewers, we were able to string a few clues together that lead us to believe Jack is going to die soon — like, really soon. In fact, it might even happen in just two episodes, Let's take a look at the tear-inducing evidence, shall we?

1. Multiple people involved with This Is Us confirmed Jack's season two death.

Fans aren't the only ones discussing Jack's tragic exit. In a interview with Entertainment Weekly, the show's executive producer, Isaac Aptaker, gave some serious hints about Jack's untimely — but inevitable — death, saying:

"We're trying to brace people and help people prepare. I think I told you that this was one where the impact of it sneaks up on you . . . Without giving away exactly what episode we're going to see the death, we are very close. We're not pulling any punches. This isn't like, 'Oh, they're going to get batteries next week,' and everyone will be on Twitter cursing us. [Laughs.] You are watching the events that lead to this man's untimely death."

And as much as we hate to admit it, the second season of This Is Us is actually winding down. "Clooney," the fairly mild episode starring William's stray cat, marked the 12th episode of an 18-episode season — meaning there's only six more to go. Aptaker also went on to say that it's definitely possible Jack dies in a fire, but it doesn't necessarily have to be an electrical one: "Yes, certainly it could be that electrical fire. Also, there's lots of different ways that a house can catch on fire. It's the kind of thing where you don't really realize what's important until you have all the information and can reflect on it, much like actual life."

His quotes also support what star Sterling K. Brown recently said about Jack dying during a conversation with Ryan Seacrest: "Before this season is over we will see how Jack Pearson dies. I won't say too much more about it, but there's only eight episodes, so it will happen soon." Tick-tock!

2. The Pearson home's smoke detector clearly doesn't have batteries in it.

Make no mistake: the Pearson family's smoke detector has become a particularly ominous symbol throughout the second season, especially in the episode "Clooney." The tear-jerking chapter ends with Rebecca asking Jack if they forgot anything at the mall after a shopping trip. As soon as he replies "I don't think so," the camera quickly pans to their smoke detector, which doesn't have batteries in it. The item they forgot at the mall? Batteries, of course. Obviously, that's not a good sign.

3. The preview for the next episode has a pretty damning clue.

Notice anything familiar in the 30-second preview for the 13th episode of This Is Us? If you look closely, you can see that Rebecca is wearing a Steelers jersey to support her team in the Super Bowl. Ever think about the other time she's wearing that very same jersey? When she returns to her house, which is in ashes. Is it a coincidence? Maybe. But you and I both know the writers of the show have a reason for everything — it's pretty hard to believe this isn't a purposeful Easter egg.

4. The date the episode is airing could mean big news.

Although This Is Us typically airs on Tuesday evenings, the next episode is scheduled to air on Feb. 4, the same day as Super Bowl Sunday. Sure, one hit show always gets the primo postgame spot each year, but the fact that it was given to This Is Us is suspicious. Considering all of the forboding ties to the Super Bowl within the show, and if Jack dies when we think he does, it would be a no-brainer to give This Is Us that highly coveted spot. That leaves us with a prediction that seems all too real: Jack Pearson will have most likely died in a fire on Super Bowl Sunday in 1998, and we'll get to experience the heartbreak firsthand the night of 2018's Super Bowl Sunday, Feb. 4. Our advice? Brace yourself, and grab some Kleenex.

Atlanta TV Show
All the Best Celebrity Cameos in "Atlanta," From Gunna to Katt Williams
by Njera Perkins 12 hours ago

Nostalgia
From "Kenan & Kel" to "Sabrina the Teenage Witch," Coolio's Most Iconic TV Roles
by Chanel Vargas 17 hours ago