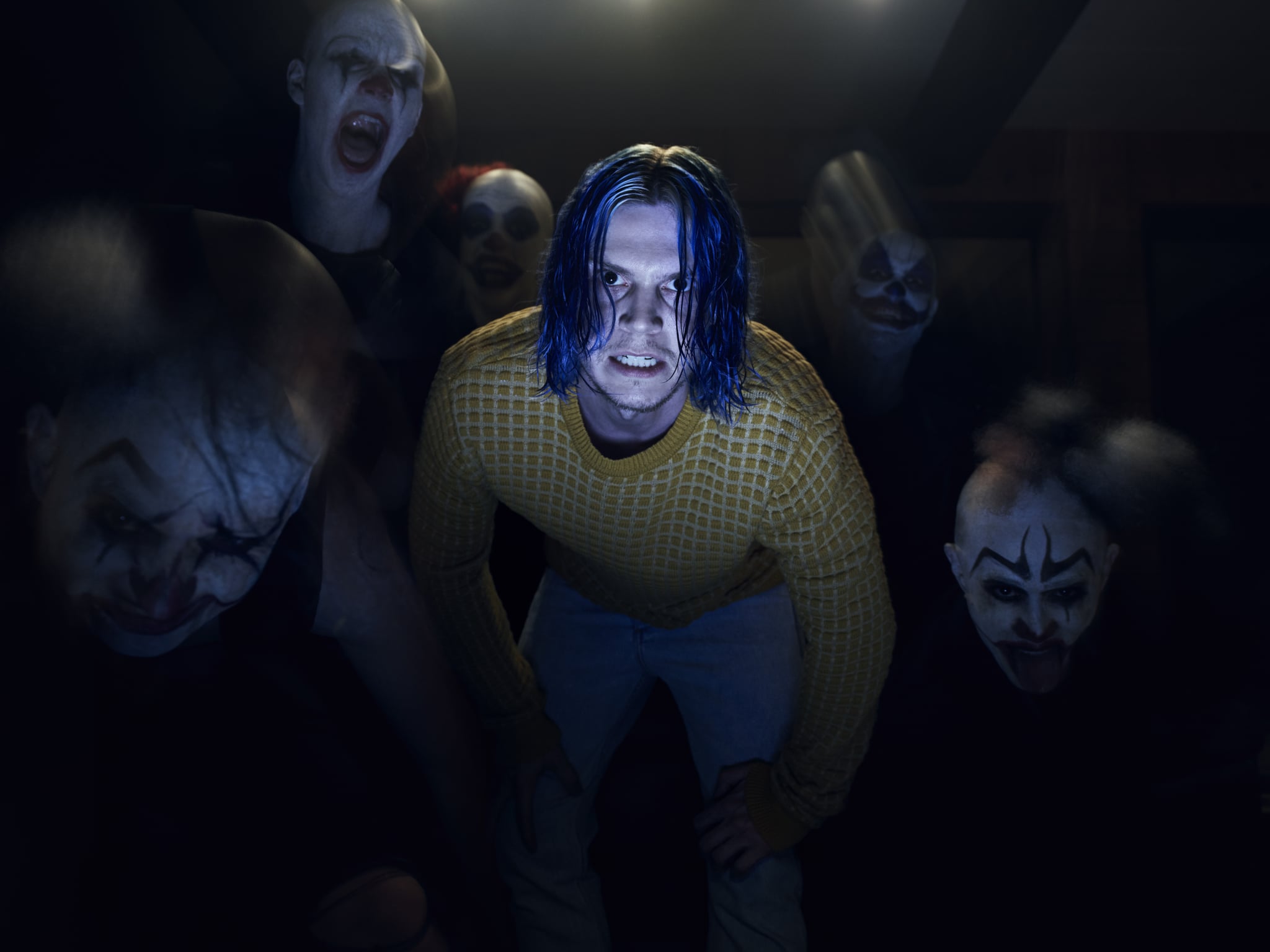 The theme of American Horror Story season seven is Cult, and the show has been taking a look at the idea of a few different types of cults: when a leader gains a cult-like following, like in politics; a cult of killer clowns, which is especially noteworthy because serial killers tend to be loners; and a cult of personality starting to build around Evan Peters's character, Kai.

So who has Kai collected in his weird pinky-swear cult ritual? Here's a quick guide. 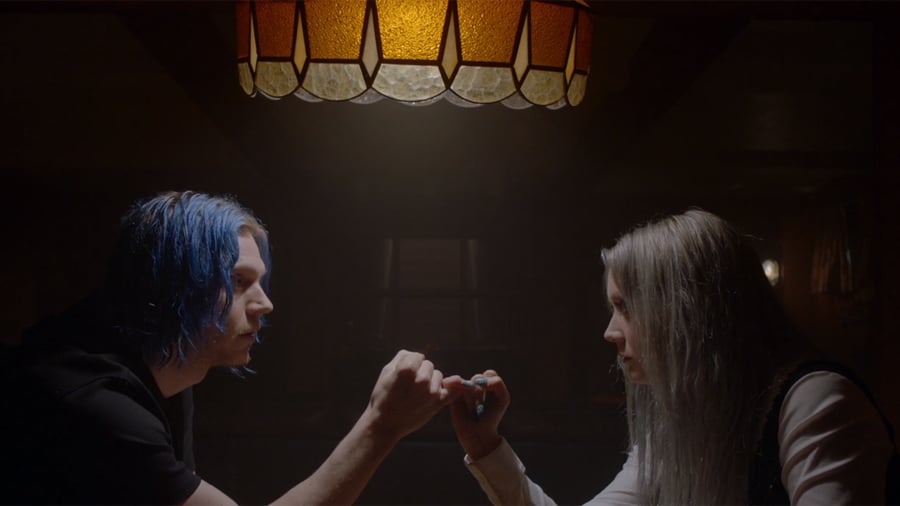 "Was there blood? And poop?"

Ew. TMI, Kai. No wonder when you ask Winter what scares her the most, she says you. 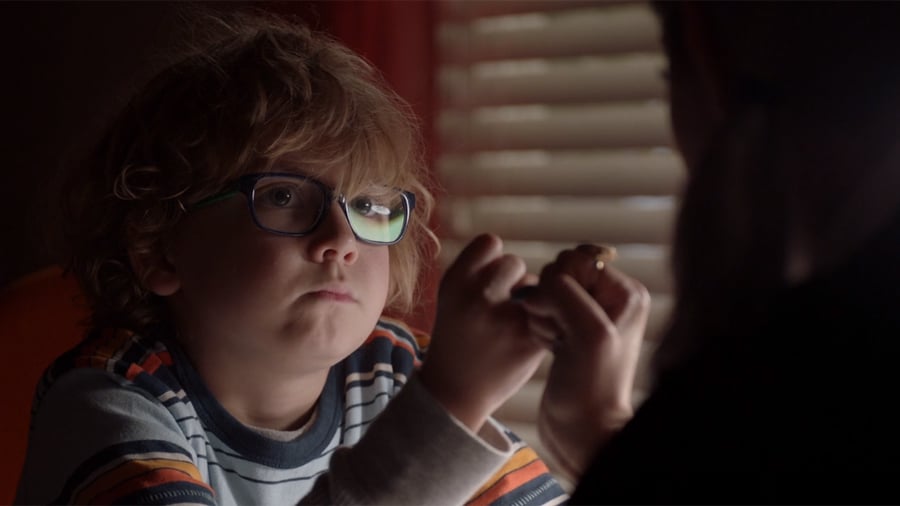 It's hard to say if Ozzy counts or not. Certainly in some cults, nonleader members can be allowed to recruit members, but it feels more like Winter is just stealing Kai's pinky-swear bit to get Ozzy to trust her, rather than to actively recruit him to join Kai's cult.

"You're going to give me your fear, Oz. I'm going to keep it for you. It's going to make us both stronger," Winter tells Oz, after he admits he's scared of the house across the street, where he saw the Changs get murdered by the clown gang.

Related:
What Happens on AHS: Cult Could All Boil Down to This Character's Unique Name

Winter is obviously super messed up — we give it even odds that she's involved in the murder of Mr. Guinea — but is she really trying to turn Ozzy into a little psychopath, too? Hmmm. We're not so sure about that one — though based on his name, maybe he's the actual mastermind at work. 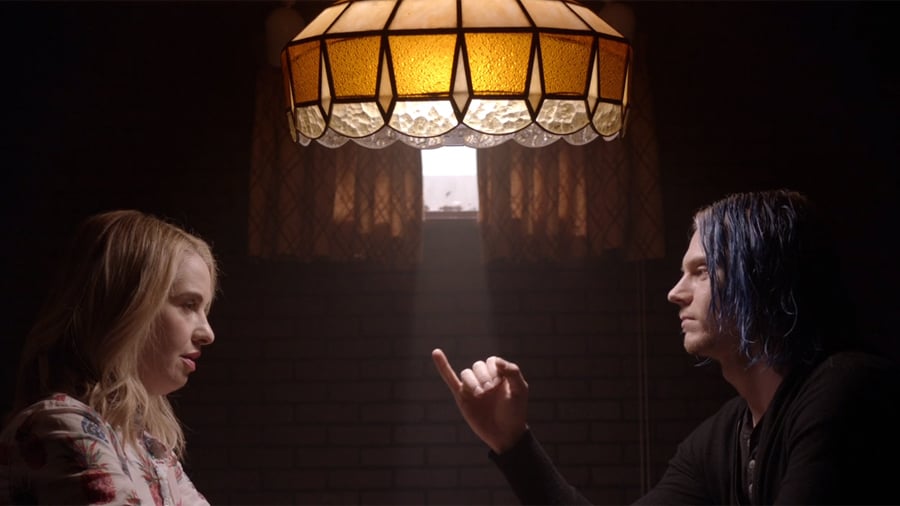 Is it any surprise the "neighbors from hell" get sucked into Kai's orbit? They may look like they have it all figured out, pulling that old "marry your best friend if you're single and 40" bit, but they're just as dysfunctional as the rest of the characters, plus they are enthusiasts of both bees and firearms.

Related:
Want to Know Who's in the Cult on AHS? This Theory About the Characters' Names Tells You

Interestingly, it's unclear if Meadow and Harrison know about the other one visiting Kai's basement o' confessions. When Meadow is there, she confesses to being afraid of the fact that she's 40 and childless, of dying unloved, and of never having sex with a man again.

When Harrison is there, he confesses to hating his arrangement with Meadow and kind of wanting her dead. By episode's end, their house has the clown gang smiley face painted on its side and Meadow is missing. Is it all a ploy to torment Ally and her family? And is Ivy in on it?

Netflix
Meet Joo Won Shin, the Korean Singer Behind Squid Game’s Haunting "Fly Me to the Moon" Cover
by Victoria Messina 3 hours ago