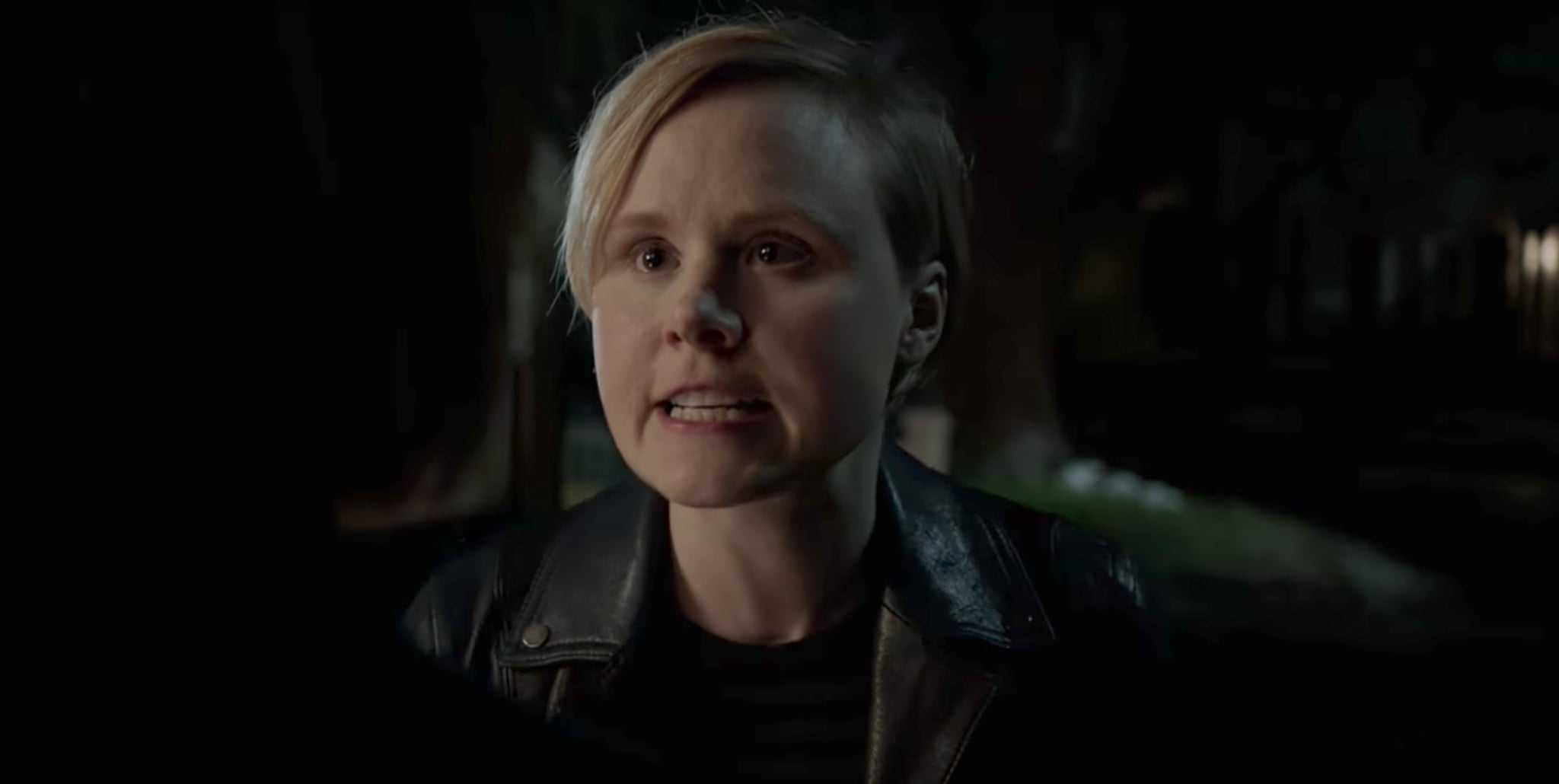 We're already a few episodes into American Horror Story: Cult, but the internet continues to explode with crazy theories about what the hell is actually going on. After the latest episode, titled "11/9," we have a much better idea about who's behind those terrifying clown masks. Kai seems to be the cult leader, with his Mason-adjacent sister, Winter, not far behind. While a few things are still shrouded in mystery (what the hell is behind that mysterious door in Kai's house?) we do know one thing after "11/9": Ivy Mayfair-Richards cannot be trusted.

Since the latest episode focuses on the events leading up to main storyline, we find out that Ivy knew Winter long before she and Ally hired her as their son's babysitter. Ivy and Winter met at a rally the day before the presidential election. After avid Trump supporter Gary Longstreet (Chaz Bono) sexually assaults Ivy at the rally, Winter comes to her defense and they end up getting coffee together at Ivy and Ally's restaurant, The Butchery on Main. Winter then provokes Ivy's anger at the whole situation, and the two kidnap Gary, tie him up in a basement, and handcuff him to the stairs. Winter then tells Kai what she's done (she says it felt "f*cking fantastic" to hurt someone), and he goes to Gary and persuades him to saw his handcuffed arm off so he can make it to the polls in time to vote for Trump.

Before this revelation, the show hinted that Ivy was already a member of Kai's cult. The first tip-off was that she seemed to be diminishing Ally's fears and experiences from the very start. She's quick to say Ally is imagining things. She's also quick to tell Ally that she doesn't know how much longer she can deal with all of her nonsense. There's also that scene where Ivy slaps Ally after seeing a video of Winter and Ally in their bathroom in a sexual situation.

One other perplexing plot point is that the cult seems to know about Ally's deepest fears. But if they had someone on the inside, someone close to her, it would be easy to know how to push her buttons. It's possible Ivy is behind the whole situation with clowns terrifying Ally. I mean, one of the clowns even has tiny holes all over it! How could they know about Ally's trypophobia unless they were clued in. Also, isn't it strange that Ivy is usually never around when Ally is experiencing all this trauma? Perhaps the most logical conclusion is that none of it is by accident. It's all been orchestrated from the inside.

Then we have the final nail in the coffin: the season preview. There's one especially bloody scene we only see for a split second. Ivy and Winter are presumably in The Butchery on Main together (based on the hanging meat carcasses behind them). They're cutting up something using a piece of machinery. Ivy looks absolutely invigorated by whatever she's doing, while Winter looks on with a smug grin.

Considering this would be a pretty unsanitary way to prepare edible meat, we can safely assume this isn't step one in an elaborate steak dinner. Given the amount of blood and the looks on the characters' faces, this is the scene after a pretty satisfying murder. Perhaps The Butchery is just the best way to get rid of the body. And if Winter and Ivy are hanging out beyond the confines of Winter's nanny gig, and if they're getting into some dark sh*t together, you can see how Ivy isn't the person we think she is at all.

Stay on guard, AHS fans. This lesbian liberal is up to no good.