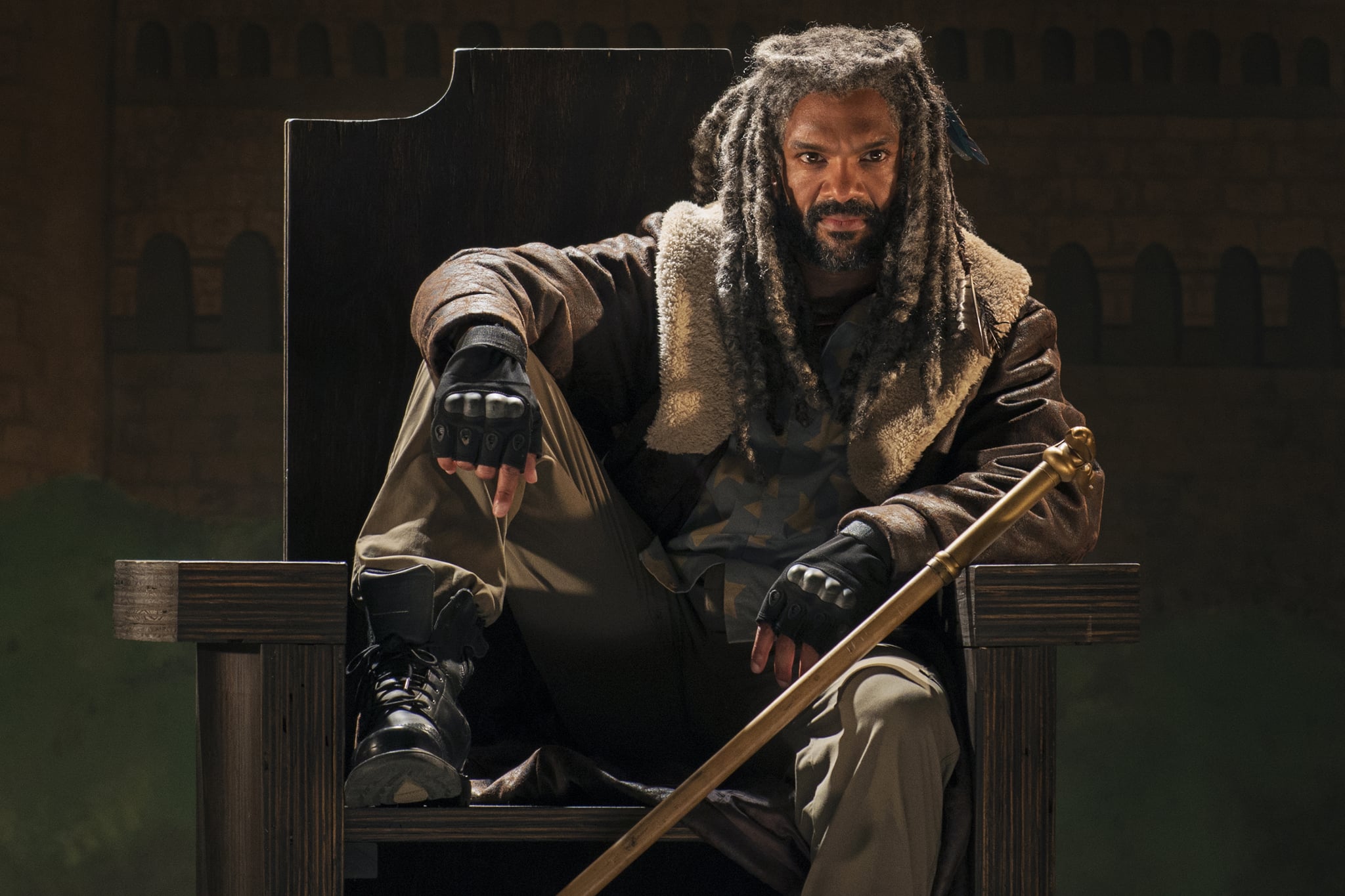 The Walking Dead's season seven premiere is about to come crashing into our lives, and those who have caught the latest trailers are sure to have noticed the eccentric new face that appears — and with a tiger. This dreadlocked new character is Ezekiel, the "king" of the newest colony of survivors to be introduced, The Kingdom. Before he makes his grand entrance, here's a primer.

What Is The Kingdom?

Much like Alexandria or Hilltop, The Kingdom is another settlement of people and is a part of the same trading line as Hilltop that must pay tribute to The Saviors. Ezekiel is the leader of this colony, where they live within an old school that is walled off by buses and sheet metal. The people there all refer to him as "King" Ezekiel, and no visitors are allowed to be present in The Kingdom without a personal escort.

What's With the Tiger?

Not much is known about Ezekiel's past, but he states that he used to be a zookeeper and has known his pet tiger, Shiva, since she was born. Before the apocalypse, Shiva had fallen into the moat that surrounded her exhibit, badly injuring her leg. Not wanting her to bleed out before help could arrive, Ezekiel ran to her aid and tied his shirt around the wound. Mistaking him for the cause of her pain, Shiva slashed him across his stomach, leaving deep cuts. Ezekiel and Shiva both survived, and she never showed a hint of aggression towards him again.

When Michonne first meets Ezekiel in the comics, she is initially put off by his flashy and arrogant personality and calls him out for being another leader that manipulates his followers into treating him special. He refutes this claim by saying that people want a leader that they can look up to in order to feel safe, and by feeling safer, they are more productive and cooperative as a result. The two eventually begin to form a relationship with one another. The main difference here is that in the comics, Rick and Michonne were never in a relationship like they currently are on the show. Ezekiel's introduction has the chance of splitting them up in the future.

Why He's Important to the Future

As tensions between the Alexandria and Hilltop communities rise against The Saviors, Ezekiel and his Kingdom become major players in the resistance against Negan. The Saviors outnumber these groups significantly, and only by uniting do any of them stand a chance in overcoming their control over the smaller settlements. Ezekiel is bound to be an intriguing new addition to the cast of characters, and we look forward to seeing Shiva in action.