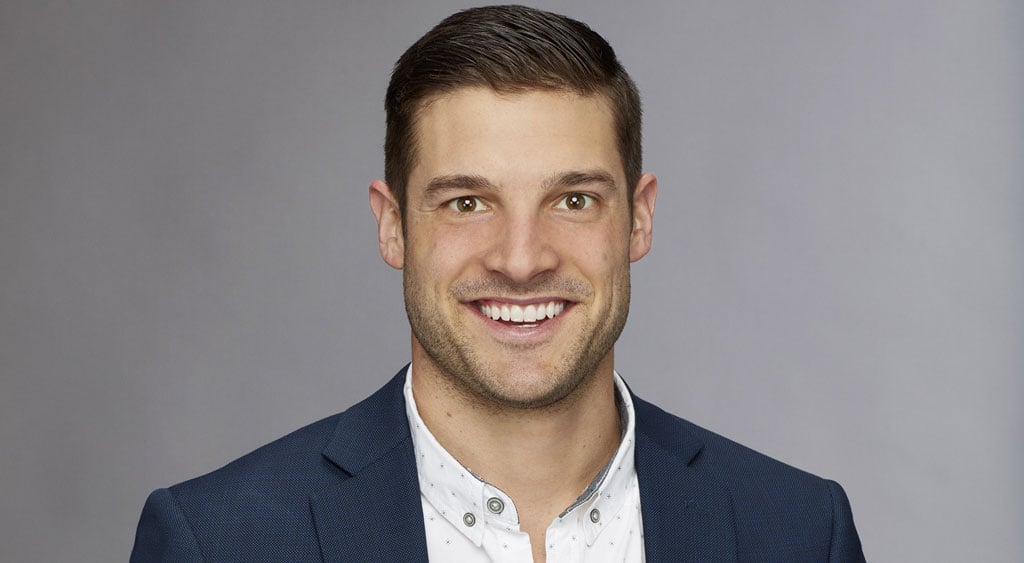 Despite a recent Instagram controversy, it's seeming more and more like Garrett Yrigoyen is Becca Kufrin's front runner on The Bachelorette. During the most recent episode, however, their blossoming relationship hit a minor speed bump.

The 29-year-old medical sales representative, who received Becca's first-impression rose (and first kiss!) during the season 14 premiere, got a chance to hang out with Becca during an epic one-on-one date in the snow-covered mountains of Utah in the reality show's fourth episode. After bobsledding with Olympians and popping Champagne in the snow, it was clear sparks were flying between the pair. By the time they ditched their puffer jackets for an intimate fireside conversation, though, it was time for Garrett to open up about a past relationship. Spoiler alert: Garrett has been married once before.

According to Garrett, he ended up falling for a girlfriend who shared his sense of adventure, but things soured after they tied the knot. She became emotionally abusive, Garrett explained to Becca, adding that his ex-wife drove a wedge between him and his family and friends, and that she'd "build [him] up" just to tear him down. The former couple decided to get divorced just six months after getting hitched, but Garrett said they were truly married only for "two months."

After Garrett's seriously disturbing habit of "liking" racist and misogynistic Instagram memes was uncovered, the good people of Reddit did some digging and discovered his wedding registry on The Knot was still up for his marriage to a woman named Kayla Cunningham. Apparently they made things official in Newcastle, CA, on Sept. 19, 2015, but finalized their divorce on March 25, 2016, after citing they were incompatible in marriage.

Becca, a mature queen, expressed trepidation at his confession but also commended him for his honesty. (After going through hell with Arie Luyendyk Jr.'s lies on The Bachelor last season, we can see why!) In a season mired with controversy after controversy, it looks like Garrett is not only safe but also on his way to stealing Becca's heart.

by Melanie Whyte 10 minutes ago