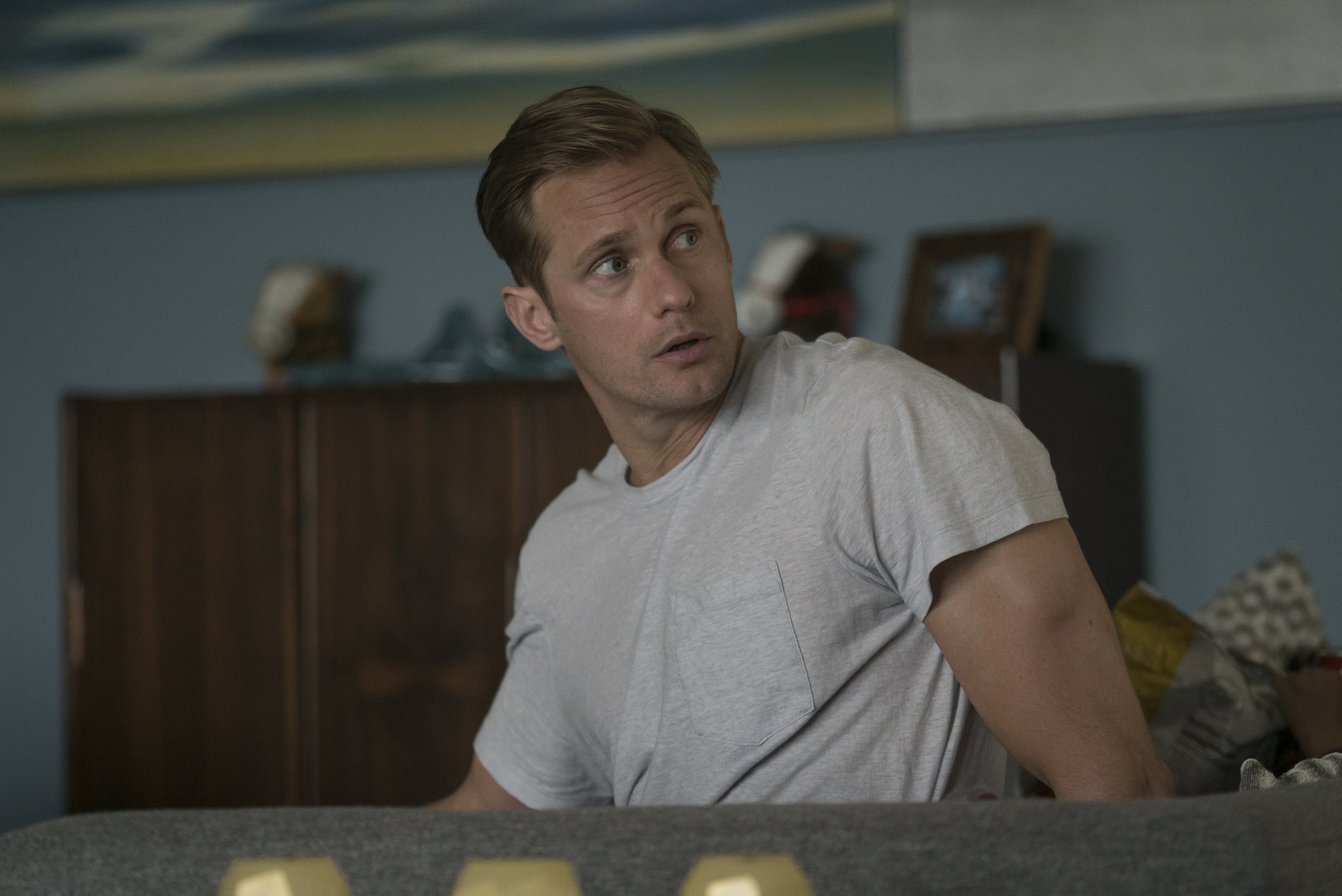 In Big Little Lies' first season, the small, coastal, Californian town of Monterey is shaken by the death of Perry Wright (Alexander Skarsgard) during an end-of-year school fundraiser. According to the five women who are the sole witnesses to his death — one of whom happens to be his wife, Celeste (Nicole Kidman) — Perry was hurting Celeste and they were trying to stop him, which led to him falling to his death. Of course, the truth is a lot more complicated than an accidental trip down the stairs during a violent scuffle: Bonnie (Zoë Kravitz) purposefully pushes Perry down the stairs to stop him from hurting Celeste any further. But, as season two shows us, that isn't the end of the story.

Related:
This Is Exactly How Many Glorious Episodes of Big Little Lies Are Left in Season 2

Throughout the first season, it's obvious that Celeste and Perry's relationship is dangerously abusive despite the happy facade they put on for their friends. Through a few therapy sessions, we learn that Perry lashes out in fear that Celeste doesn't love him as much as he loves her. Though Celeste tries to assure him that she does, his abuse doesn't cease and she begins to make plans to leave him.

During all of this, Jane (Shailene Woodley), with the help of Madeline (Reese Witherspoon), is attempting to locate the man who raped her and went by the name of Saxon Banks, while the two women are also dealing with their other individual dramas. Powerhouse mom Renata (Laura Dern) is dragged into the fray when her daughter accuses Jane's son of bullying her, which we soon learn is far from the truth. The fundraiser that is referenced in flashes forward throughout the season brings two of the season's biggest secrets to light: Jane's son was never bullying Renata's daughter, since it was one of Celeste and Perry's twin boys who may have imitated acts he saw his father commit against his mother; and Saxon Banks is actually an alias Perry used on a business trip, when he raped Jane and subsequently fathered her son.

These emotional missiles drop as Jane, Madeline, Celeste, and Renata gather outside the fundraiser and Perry confronts his wife about her plans to leave him. Jane and Perry recognize one another as the latter attempts to convince Celeste to leave with him, and the other three woman quickly realize why Jane appears so shellshocked. The resulting scuffle — with Perry trying to drag Celeste away and the other moms coming to her defense — ends when Bonnie, who has been watching from afar, runs in to push Perry down the nearby flight of stairs. The premiere of season two explains that when the police arrive on the scene, Madeline is the one who tells them that Perry accidentally fell to his death, instead of the truth, and the other moms fall in line accordingly. 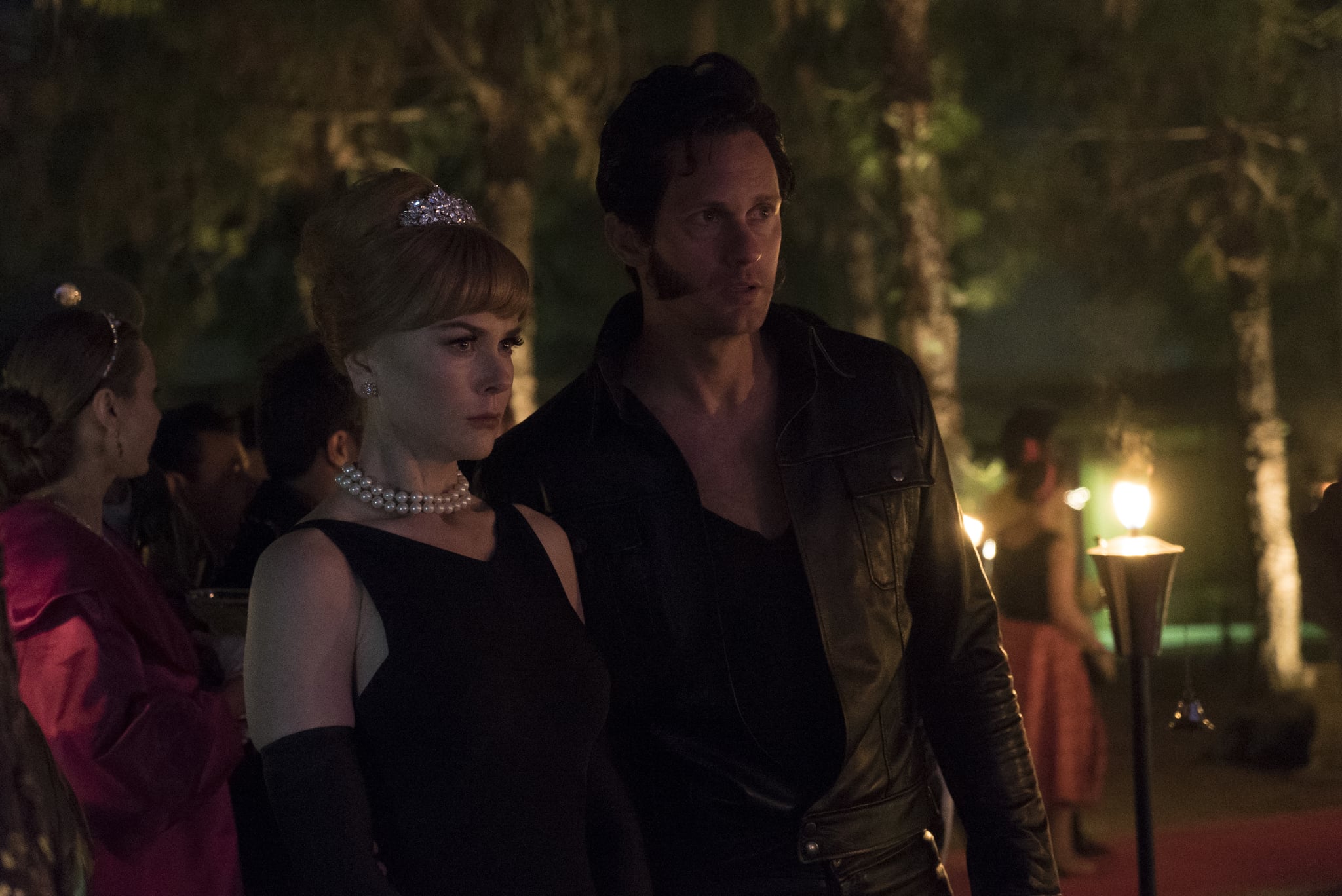 In the book, Bonnie reveals to Celeste that Perry triggered her memories of growing up with an abusive father, which led to her striking out. She also confesses to pushing Perry, which results in 200 hours of community service for the kind-of-sort-of accidental death. Both events have yet to occur in the TV show, but as we've already seen in the second season, Bonnie won't be able to live with the lie for much longer.

With the mounting pressure from the continued investigation and the presence of Perry's mother, the disturbingly observant Mary Louise (Meryl Streep), it definitely won't be easy for her. Which puts the usually free-spirit mom against the other moms of the Monterey Five, who all stand to lose after following along with Madeline's story to the police. If Bonnie breaks, the rest of them pay the price as much as she does. Let's hope the big (not-so-little) lie won't make the moms' eventual fate worse down the line.