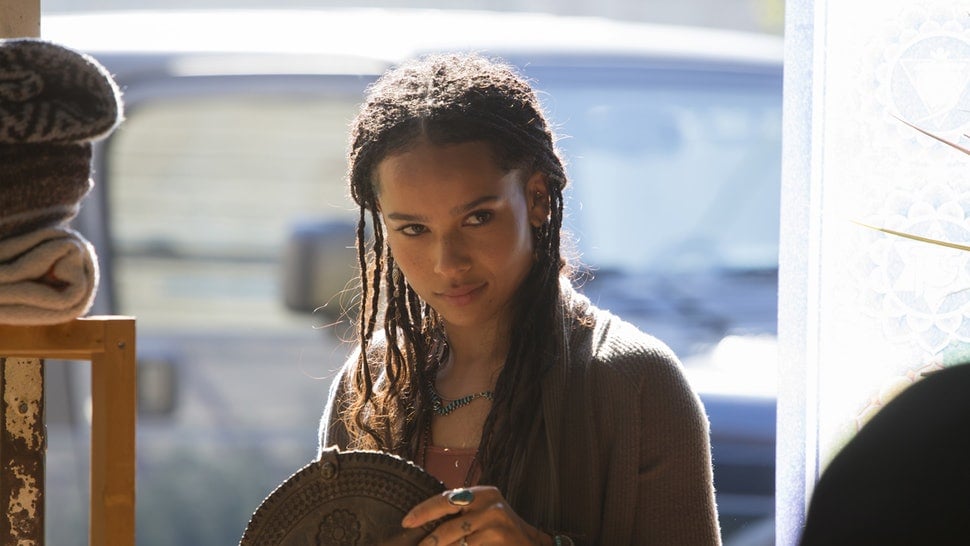 The upcoming second season of Big Little Lies is promising some pretty juicy drama, and according to Zoë Kravitz, the sh*t is about to hit the fan. The season one finale sees Kravitz's character Bonnie pushing Perry (Alexander Skarsgard) down a flight of stairs to his death, and as we've already seen in the short-but-sweet teaser clip, things are going to get really real for the ladies as they face interrogation from authorities and from Meryl Streep, who is joining the cast as Perry's mother.

"We all were enemies in some way — Renata (Laura Dern) and Madeline (Reese Witherspoon), [Bonnie] and Madeline — and we were all different kinds of women trying to find common ground," Kravitz tells me over the phone on Jan. 25. "Then there's this incident that puts us all on a level playing field, so to speak, and it's such an interesting scenario to see what will happen to these women after this life-changing experience."

"I try to channel that without it being cartoonish; without it seeming like Bonnie isn't a real person."

When it comes to playing the chill, bohemian Bonnie, it's important to Kravitz that she be seen as a multidimensional being rather than a "caricature of a yoga teacher," as she tells me. As the stepmom to Madeline's teenage daughter Abigail, Bonnie's mere presence is enough to set Madeline off, and I have to know how 30-year-old Kravitz geared herself up to play a stepmother. "I try to find the line of giving Madeline enough to be upset about — the more compassionate and patient Bonnie is, the more it drives Madeline crazy," she says. "I try to channel that without it being cartoonish; without it seeming like Bonnie isn't a real person." And with Bonnie as the main culprit of the crime, season two will give more insight into her childhood and upbringing (it's already been announced that we'll meet her parents). "We learn so much more about Bonnie in season two, and a lot of that will help the audience understand why Bonnie is so patient and compassionate. There's a reason why she's had to find solace in meditation and wellness, and why she had such a reaction to seeing Perry push Celeste (Nicole Kidman) that way."

Big Little Lies is set in the coastal California town of Monterey, which, while certainly picturesque, is also overwhelmingly white. The show has yet to address conversations of race or racism from Bonnie's perspective — and as the sole character of color in the principal cast, it can be seen by some as an oversight. When I ask Kravitz if this is something we can expect the show to address in season two, she takes a few beats. "I'm gonna be honest about this: I pushed for that," she says. "I pushed for that; I tried to make it a little bit more of a story point, and . . . it was not heard. So, it's unfortunate." 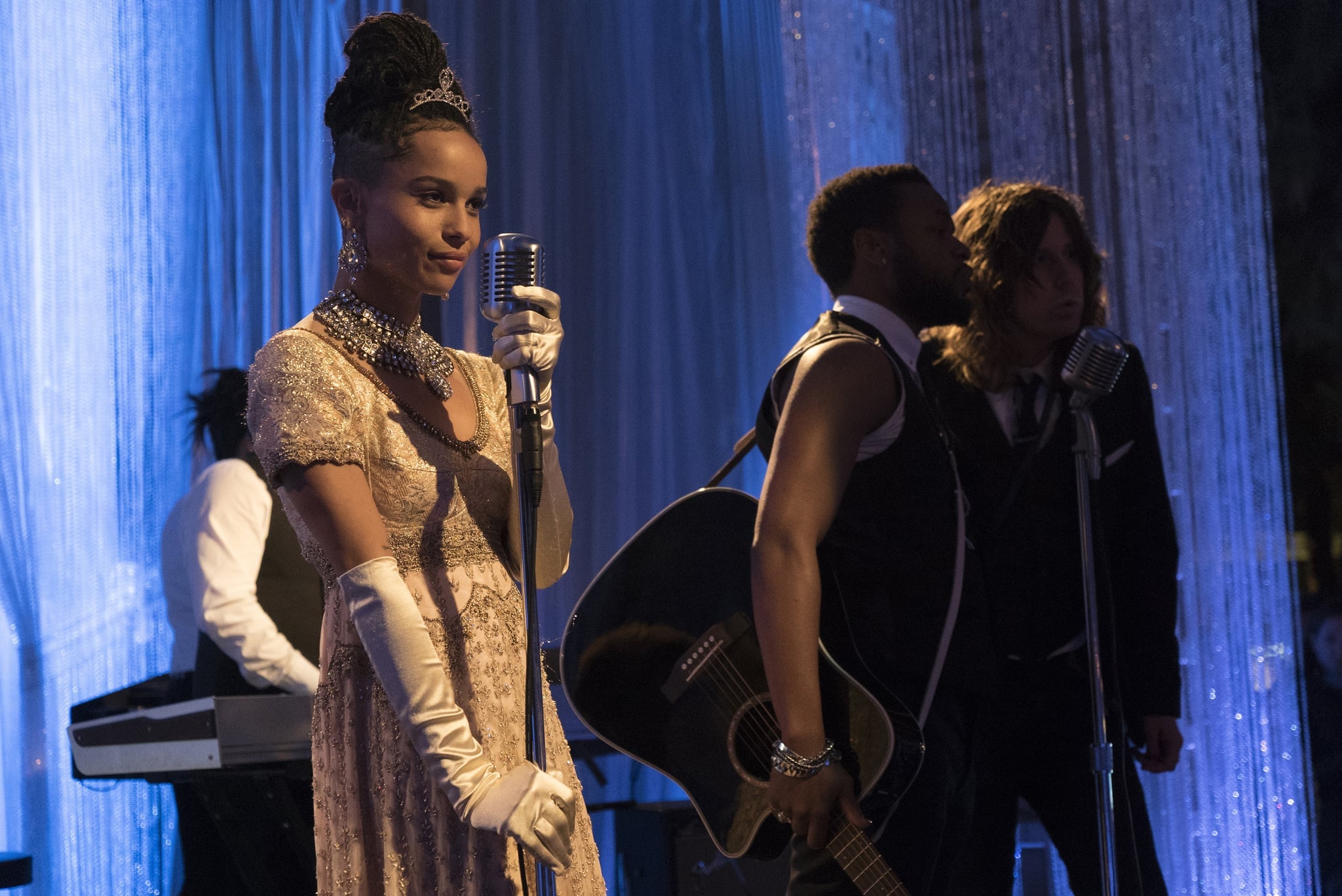 Also unfortunate is that I don't even need to press Kravitz to elaborate. As a black woman, I already know firsthand what it's like to see something, say something, and have my input or opinion be cast aside. Most women of color can relate to being shut down when trying to speak up for themselves or others, and it's a truly disheartening feeling. While Kravitz says that she feels "really good" about how the show will dive deeper into why Bonnie is the way she is, she also wanted to "incorporate what it would be like to be basically the one black person living in this town." "Our writer [David E. Kelley] is an incredible writer, but he is a straight white male and possibly doesn't have the capability of delving into that, which I understand," she says. "You gotta write what you know."

Kravitz maintains that Bonnie will be "going through it" in season two and, being that she's a suspected murderer, I can only imagine what's in store for the character. As a big fan of Big Little Lies (and an even bigger fan of seeing the black experience translated on screen), I hope the show will eventually touch on Bonnie's identity as a woman of color in an extremely white environment — it will definitely feel relatable to other women of color who watch the show and find themselves in similar situations in their own lives.