Horror auteur James Wan is best known for adapting Ed and Lorraine Warren's paranormal adventures into the crowd-pleasing Conjuring universe. Now, he's producing the upcoming The Curse of La Llorona, another chilling project that's expected to be one of the biggest horror movies in 2019. Set in Los Angeles during the '70s, the film, slated for release on April 19, stars Linda Cardellini as Anna Garcia, a social worker and widow who notices the parallels between a haunting case at work and the supernatural terrors wreaking havoc on her family.

The movie draws from the scary legend of La Llorona, a terrifying woman-in-white figure who's been the source of children's nightmares for literal centuries. If you haven't already heard of her story from popular Latin American folklore, here's what you need to know before watching the horror flick.

The Spanish name La Llorona translates into "The Weeping Woman" in English. The ghost is prominent in many Latin American cultures, and her story varies widely depending on the region that you're looking at in Latin America. Throughout most versions, however, she has long hair, wears white, and cries for her children, causing misfortune to those who are near her. Below is an interpretation of La Llorona from an All Saints' Day celebration in Guatemala in 2015. 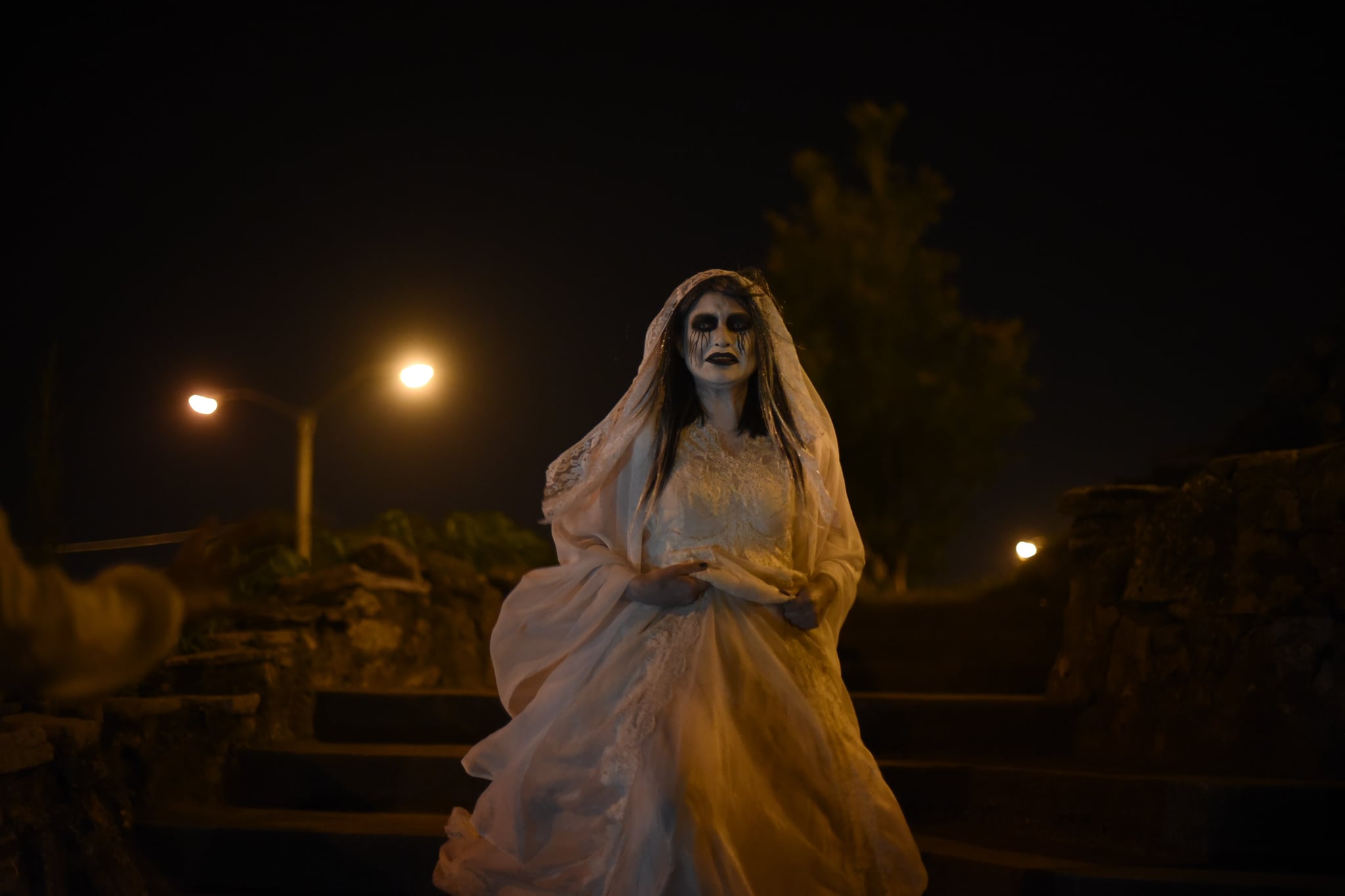 The Mexican version of La Llorona, believed to be the origin of all the other tales and on which the movie is based, is about a woman and a rich nobleman who fall in love. They eventually marry and have children together. Over the years, the man returns from his travels only to greet his children while gradually ignoring their mother. One day, he brings back a wealthy mistress. Enraged, the rebuffed woman throws her children into a river and drowns herself after realizing what she's done. As a ghost, the woman now lurks around rivers in a white gown and veil, weeping for her children.

La Llorona's story is a cautionary tale for little ones who sneak out at night, as it's said that she'll kidnap wandering children and drag them to a watery grave. The ghost can differ vastly in other iterations — in one Guatemalan version, for example, La Llorona's child is kidnapped, so she searches every night for the baby, even looking inside of homes.

The terrifying figure in the Mexican story has a possible connection with colonialism. It potentially draws from legends around an Aztec mother goddess crying a lament for her children while warning of the Spanish Conquest as well as the life of Hernán Cortés' mistress, La Malinche, who was said to be betrayed by Spanish conquistadors. 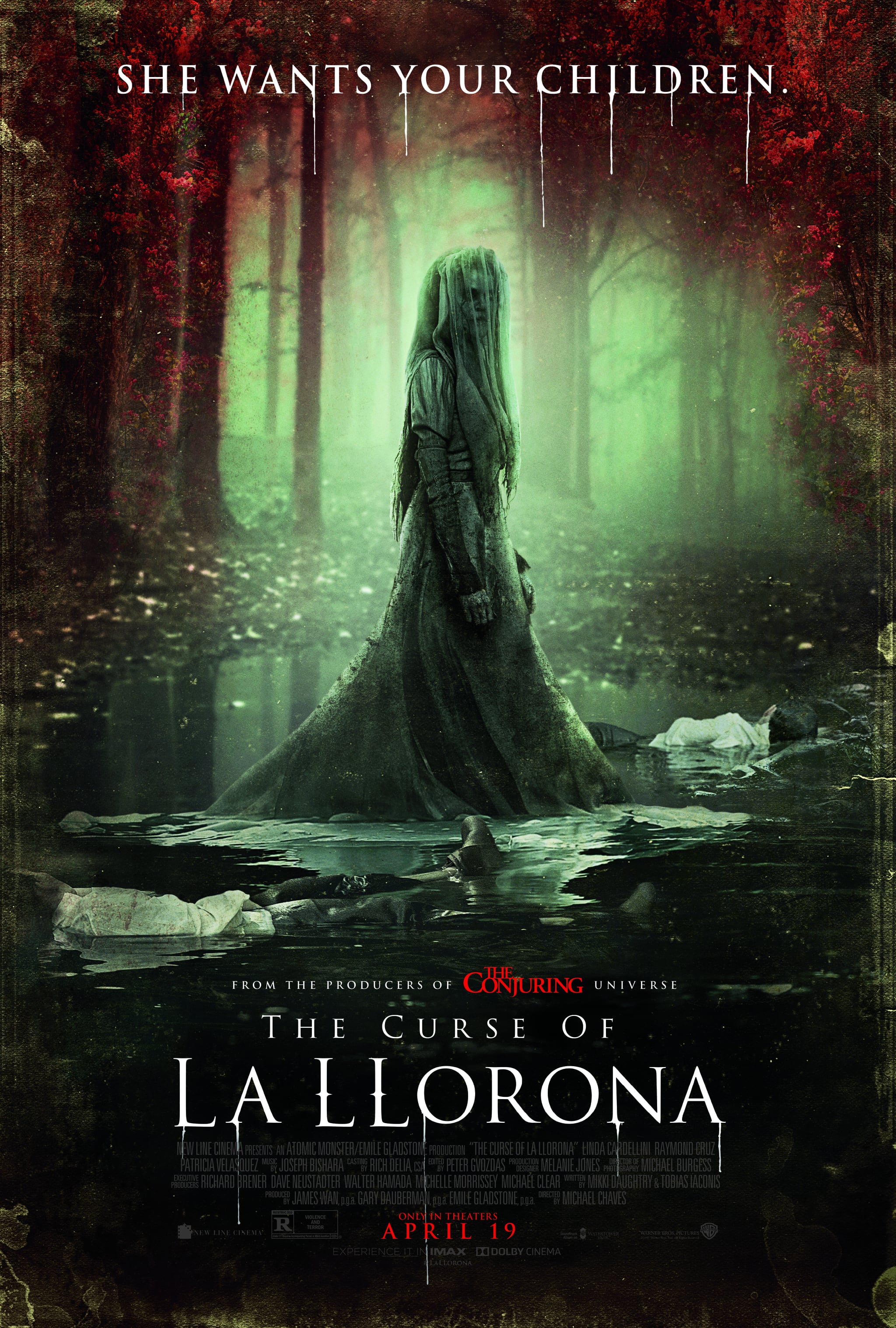 The weeping woman has certainly been an integral part of Latin American pop culture, her story a source of inspiration for many films and plays in Latin America. The Curse of La Llorona isn't the notorious ghost's debut in American culture either. La Llorona, most notably, has been featured in a handful of fantasy TV series — specifically, the second season of NBC's Grimm, and the pilot episode of The CW's Supernatural.

In the upcoming movie, La Llorona will be played by Latina actress Marisol Ramirez, whose hair and makeup appears faithful to how the ghost has been physically portrayed in the legend. Still, there have been legitimate concerns over how the movie has commercialized Latin American history and culture, especially with Cardellini, who is not of Latin American heritage, in the leading role (though it's worth noting that her character is not supposed to be a woman of Latin American heritage, either, so we fortunately don't have another Ghost in the Shell situation on our hands).

We've yet to see how delicately the film navigates this tension, but we'll learn soon enough, since its release date (April 19) is much closer than Wan's third Annabelle project.