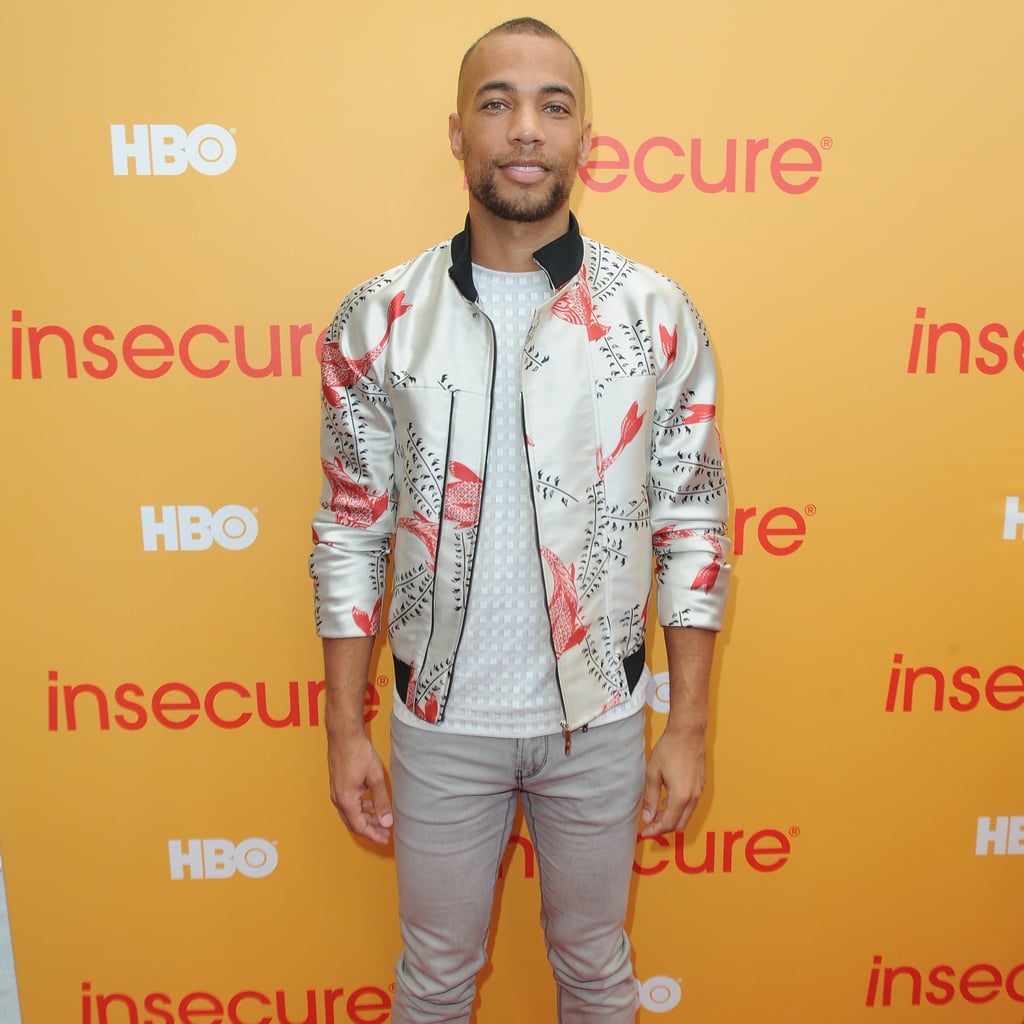 Insecure fans let out an audible gasp when "Nathan with the face!" entered Issa and Molly's "party Lyft" during the season three premiere. Maybe it's his striking eyes or his zero-bullsh*t attitude with Issa's other passenger, but Nathan's character immediately stole our hearts. *Pauses TV, squints eyes, leans in.* Yeah, we've definitely seen him before, and we could recognize that smile a mile away.

Actor Kendrick Sampson, aka "Lyft Bae," proves to be a total sweetheart on the HBO premiere, but he's actually been winning us over on the small screen since his role as Woodchuck on Greek in 2008. Sampson also starred as Jesse on The Vampire Diaries, Dean Iverson on Fox's Gracepoint, Caleb Hapstall on How to Get Away With Murder, Robbie (with a sexy British accent) on White Famous, Nate on Relationship Status, and, of course, Dominic on The Flash. He's also had smaller roles on CSI: Crime Scene Investigation, Supernatural, and Days of Our Lives.

In addition to his list of acting feats, Sampson is an activist, with an Instagram account filled with politically empowering posts and opinions that bring awareness to the issues surrounding our current government. He's vocal about Black Lives Matter, Keep Families Together, and more. Read on to see some of Sampson's gorgeous photos, and let us pray that Nathan has a recurring role this season.

Netflix
Resident Evil Is Getting the Netflix Treatment — Now Meet the Cast!
by Amanda Prahl 4 hours ago

TV
Wondering How the iCarly Reboot Explains Sam's Absence? It Involves Finding Her Bliss
by Grayson Gilcrease 6 hours ago