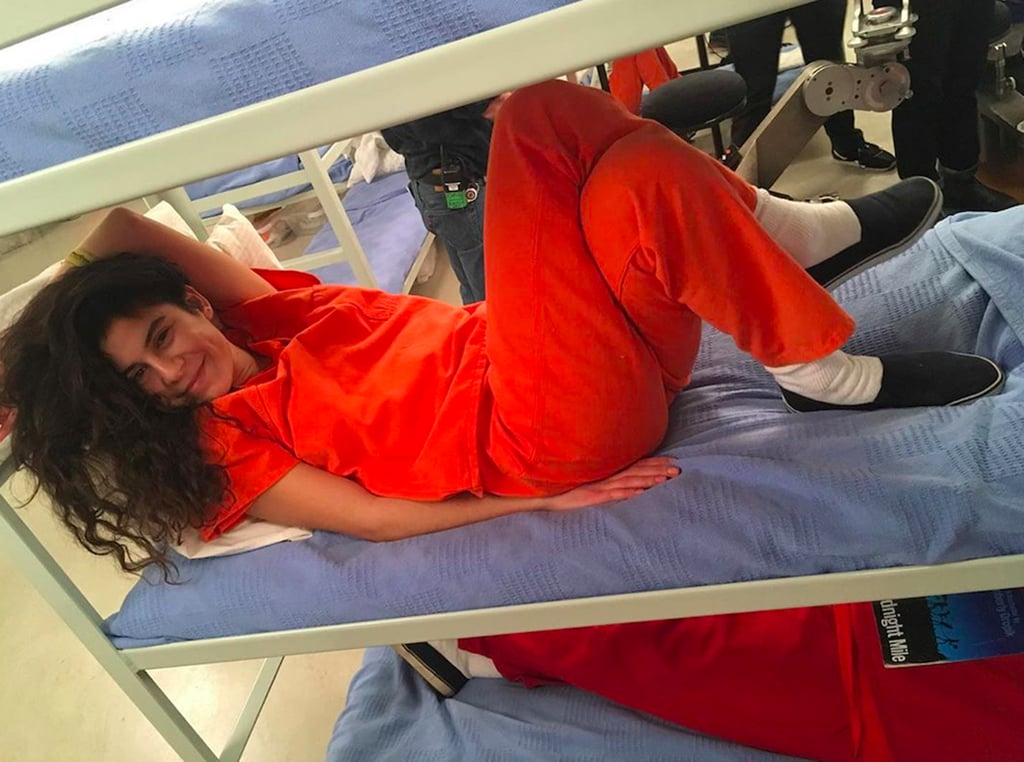 Warning: Some spoilers ahead for Orange Is the New Black!

Some fresh faces populated our screens and warmed our hearts in the final season of Orange Is the New Black, like Nicky's newest love interest, Shani Abboud, played by Marie-Lou Nahhas. We first meet her in PolyCon's ICE detention center as one of the inmates at risk of being deported. Nahhas, who portrays the Egyptian detainee, instantly shot to the top of the list of tear-jerking new additions to the show.

Nahhas, who's actually Lebanese in real life, can be seen featured in smaller roles, like the 2015 boxing film Southpaw, alongside Jake Gyllenhaal and Rachel McAdams; or the political drama Madam Secretary. One of her larger credits comes as Nadia in the 2016 comedy flick Craig Quits His Day Job. The Netflix prison drama, though, happens to be her biggest breakout role to date. And boy, did she nail it!

Her romance with spitfire Nicky Nichols (Natasha Lyonne) left many of us rooting for their relationship, heartbroken at her deportation, and desperate to know what she wrote to Nicky in that farewell letter.

Grab yourself some tissues, cue the soundtrack, and get your feisty typing thumbs ready. The tweets ahead will reinvigorate every emotion you felt with these two this season on OITNB. We still ship them!