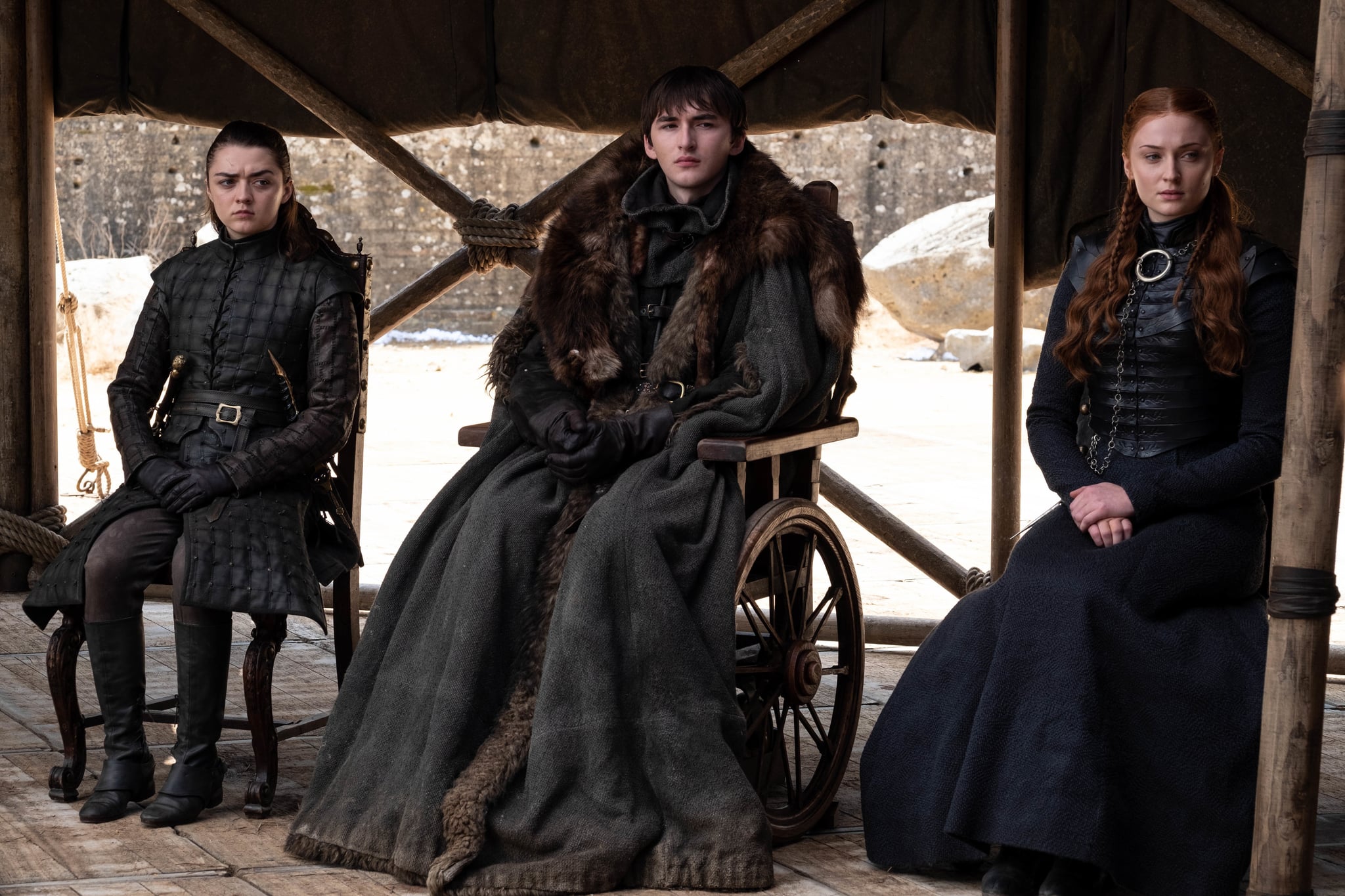 The Iron Throne is no more, but just because Drogon torches that ugly symbol of power doesn't mean there's no winner in Game of Thrones. After Jon dispatches Daenerys (and gets himself imprisoned for it), the Seven Kingdoms are left with no clear ruler. Sure, by rights Gendry could make a case for himself on the grounds of being Robert Baratheon's legitimized son or Jon could have continued the Targaryen line. But neither of the men is interested in ruling, which leads Tyrion to make a plea to the Great Houses of Westeros to ignore tradition and appoint a king of their own choosing instead. Of course, it's Tyrion who makes the case for the most unexpected player of all: Bran Stark.

Going into the episode, Bran hardly seems like a good choice to be king, but standing in front of representatives from Dorne, the Iron Islands, and the North, Tyrion argues that Bran has the best story of them all. And isn't it stories that people respond to the most? It should be stated that it's unclear if the gathering that brought together Sansa, Arya, Bran, Edmure Tully, Robin Arryn, Yara Greyjoy, Gendry Baratheon, Samwell Tarly, the new Prince of Dorne, and a few other unnamed characters began as a way to declare a new ruler. Originally, this unofficial Kingsmoot is to negotiate for Tyrion and Jon's release with the Unsullied. The meeting takes a sharp turn when Tyrion arrives in chains, ready to plead with the nobles to choose the one man who won't allow power to corrupt him as their leader.

Before Tyrion can advocate for Bran, Edmure hilariously tries to throw his hat into the ring. There's no doubt that he would be a disaster of a ruler. Not only has Catelyn Stark's brother proven himself to be arrogant and somewhat incompetent in the past (remember when he couldn't light the fire on his father's funeral pyre?), he's also spent most of the wars being held captive by the Freys. Sansa shushes him before he can get too far into his spiel, and then poor Sam gets laughed at for suggesting they put a vote to the people — which is curious, since that's exactly how the Iron Islanders elect their leaders, but maybe Yara didn't feel like arguing with the land lovers any more than she had to.

That leaves Tyrion to nominate the Three-Eyed Raven, who he believes has the kind of impossible story that will make the people rally behind him. Add in the part where he has no real interest in power or ruling, and he becomes the perfect all-knowing figurehead who will no doubt stay out of the way while his Small Council deals with the actual business of rebuilding the Seven Kingdoms. Well, Six Kingdoms, because while Bran may be her brother, Sansa and the North will kneel no more. Even better: Bran will father no heirs, which means Tyrion's second vision for the future can also be realized: from henceforth rulers won't be born into the role, they will be appointed by the leaders of the Great Houses of Westeros.

In this way, Daenerys's original dream from before she began indiscriminately burning people alive actually comes to pass. The wheel is broken, or at the very least, it's slowed. In theory, merit and deeds will take precedence over birthrights and conquerors when it comes to choosing a ruler. It's also implied that just because someone is king (or maybe even queen) doesn't mean they'll have absolute power. The Great Houses could gather again if Bran's a disaster, because he's ruling by their will. This is a pretty big improvement over the dynasties that came before, and it also means that despite being handed the crown, Bran isn't the true winner of the game of thrones. That honor goes to Tyrion.

As the Hand of the King, Tyrion will be the one rebuilding Westeros and working in the best interest of the people. He's also the one who introduces a new form of government and negotiates a peaceful solution to the Jon Snow predicament (he's banished to the Night's Watch, which no longer exists, so he joins the wildlings instead). In the end, he is sitting at the head of the table, advising a king with little interest in the goings on of mere mortals, and is surrounded by people who see him as a leader and as a peer. Bran's got the crown, but Tyrion is the ultimate winner of the game of thrones.