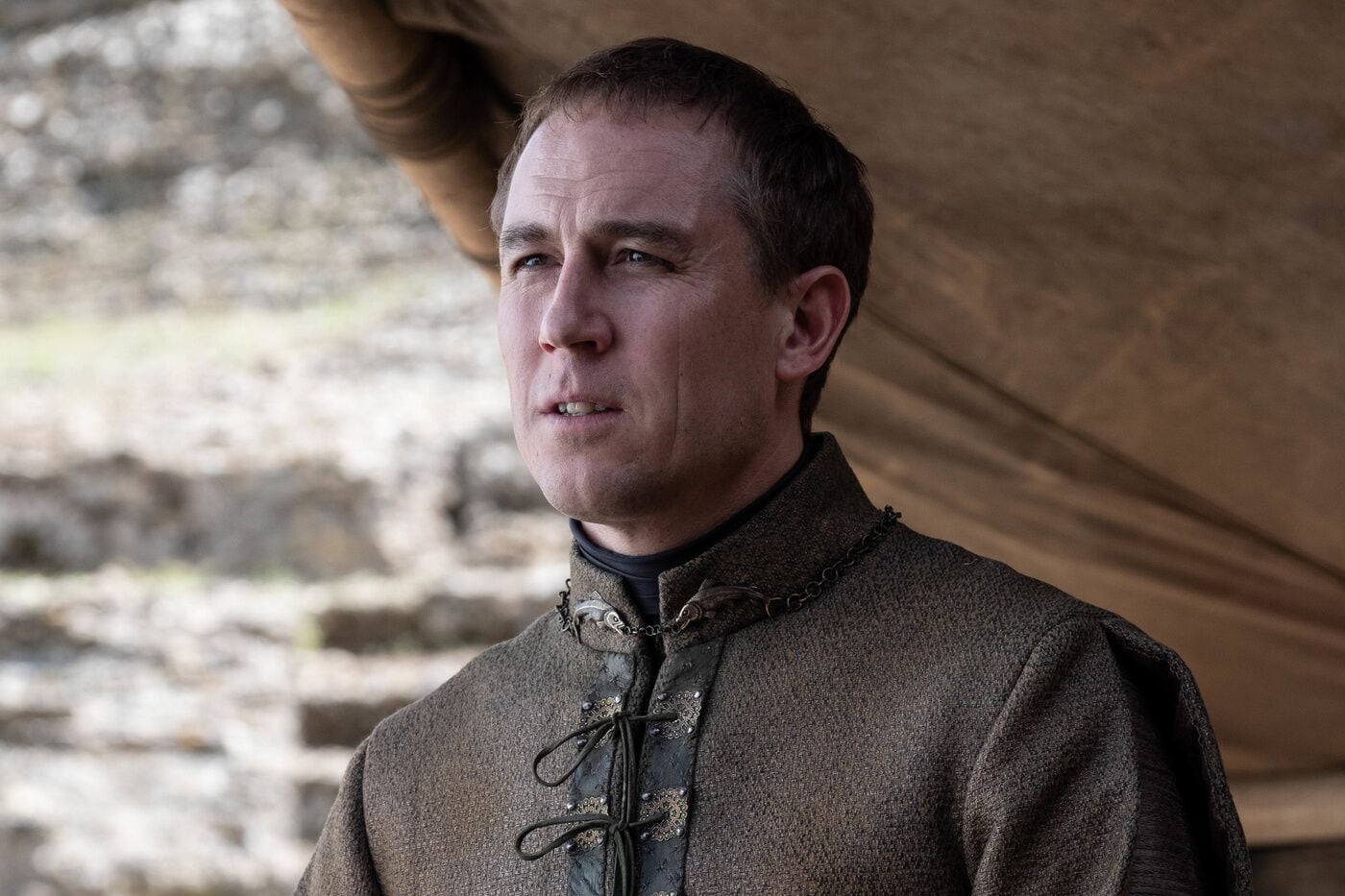 On a show like Game of Thrones, it was inevitable that we'd see another death in the series finale. But what fans may not have expected was the return of some familiar faces we haven't seen in a while — like Edmure Tully. In case you missed him, he's present during the discussion of a new ruler with other Lords and Ladies of Westeros and almost makes a big speech, but Sansa, displaying both her position as a new ruler and an embarrassed niece, tells him to sit down. And if you still don't really remember who he is, we don't blame you. Where the heck has he been?!

It's been a really long time since he popped up, so if you need a refresher, Edmure is probably most recognizable as Catelyn Stark's brother. He's the head of House Tully and the Lord of Riverrun, titles he inherits when his father dies of old age in season three. Remember his funeral, when Edmure failed to hit the funeral boat with a flaming arrow three times? Yeah, he's more or less known for messing stuff up. There's a lot of chastising him for a military mistake that aided a Lannister victory, too. His biggest moment, though, is probably his connection to the Red Wedding. It's his wedding being celebrated. He's the one who marries Walder Frey's daughter to preserve House Frey's alliance with House Stark after Robb broke a marriage pact. Of course, we all know that's not exactly what goes down.

After the Red Wedding, Edmure becomes a Frey prisoner and hostage. In season six, Edmure's uncle, known as the Blackfish, retakes Riverrun. However, because this is Game of Thrones, things aren't so easy. Jaime Lannister rolls in and makes a deal with Edmure — if he surrenders Riverrun to the Freys (who are allied with the Lannisters), he'll remain a prisoner in Casterly Rock, but he'll be reunited with his wife, who he hasn't seen in the years since the Red Wedding, and his infant son, who he didn't even know existed because he's been locked up for so long. Edmure ultimately takes him up on the offer, and the last we see of him is his giving up Riverrun.

His niece, aka everyone's favorite assassin, Arya, unforgettably gets revenge. She kills Walder at the end of season six and his sons at the beginning of season seven. Presumably Edmure had been moved to Casterly Rock at that point and continued being a Lannister prisoner? Maybe? Walter had mentioned that Edmure was back in a cell again before Arya killed him. Regardless, his whereabouts still aren't really clear because he's literally never mentioned in season seven, and then he just appears out of nowhere at the end of season eight. If nothing else, we suppose we can assume that Jaime's deal is rendered moot upon his and Cersei's deaths and the general destruction of King's Landing. That leaves Edmure free to rule over Riverrun and serve his nephew, the new King of the Seven Kingdoms.