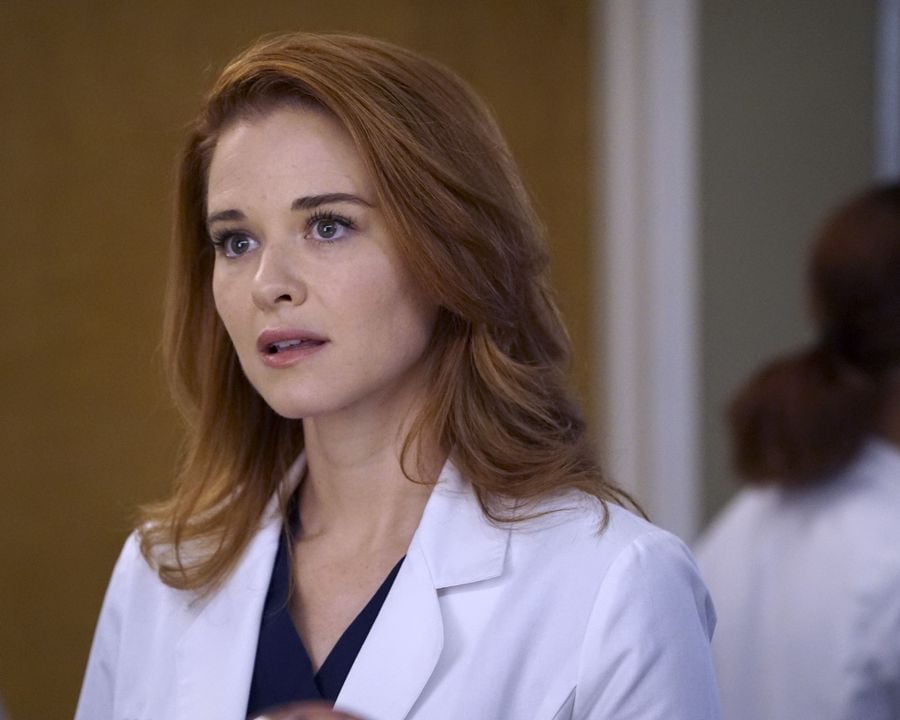 When the writers of Grey's Anatomy claimed that they were writing Sarah Drew's character, April Kepner, off the show for creative reasons, I was . . . wary. April had just come off of what was arguably one of her strongest seasons on the show, in which she went through a crisis of faith, sank into a deep depression and pattern of self-destructive behavior, and clawed her way out of it again only to wind up nearly dying —- before deciding to quit practicing medicine and get married to her ex-fiancé, Matthew, in the season 14 finale.

Unlike Arizona Robbins, whose storyline in season 14 did a good job laying the groundwork for her to ultimately decide to move to New York with her daughter, Sofia, April's only seemed to provide more and more reasons why she should stay. After all, up until the moment April decided to leave, it had seemed as though there was plenty still left for her to do. She had only recently come back from not just a spiritual crisis but a health crisis as well, before her abrupt exit. In the past, we've seen characters take entire seasons to bounce back from near-death experiences, yet April had to do it in the space between two back-to-back episodes. While her spiritual recovery got a tiny bit more room to breathe, it still felt rushed, despite the fact that this was a storyline we'd never seen explored through the eyes of any other character. It's curious that the writers would claim that they'd hit a creative wall with her character when it seemed as though all they'd been doing with her all season was laying track.

"I'm ready to call it: the writers made a big mistake in writing her off, and it's time they rectified it."

Further, April has always been a unique presence on the show, as the only character who relies on faith, not science, as the primary guiding force in her life, which gave her an interesting dynamic with all of the other characters, especially her ex-husband, Jackson. Losing her deprived the show not only of a fascinating, complex character but also of the energy she brought as someone with a different worldview than the rest of the cast.

I promised myself that I wouldn't jump to conclusions until I'd seen a full season without her — maybe the writers really did have some incredible stories that could only be told without April Kepner around — but at this point, I'm ready to call it: the writers made a big mistake in writing her off, and it's time they rectified it.

It's not just that I've got a soft spot in my heart for April (although I do) or that I've missed her (I have), but I'd argue that her departure has actually hurt the overall quality of the show, especially when it comes to Jackson.

Season 15 really hasn't had much of an idea of what to do with an April-less Jackson Avery. For a while, it looked like he'd be taking a spiritual journey of his own, but with no other character around who could really mentor or commiserate with him, that storyline was mostly explored off screen and eventually fizzled out altogether. Additionally, Jackson and April's daughter, Harriet, seems to have been conveniently forgotten, even though, with April and Matthew still living in Seattle, it stands to reason that they'd likely have a pretty even joint-custody arrangement. In all of Jackson's discussions about moving in with — and possibly even marrying — Maggie, neither of them has ever even brought up the fact that cohabiting with Jackson means becoming a central figure in his daughter's life. 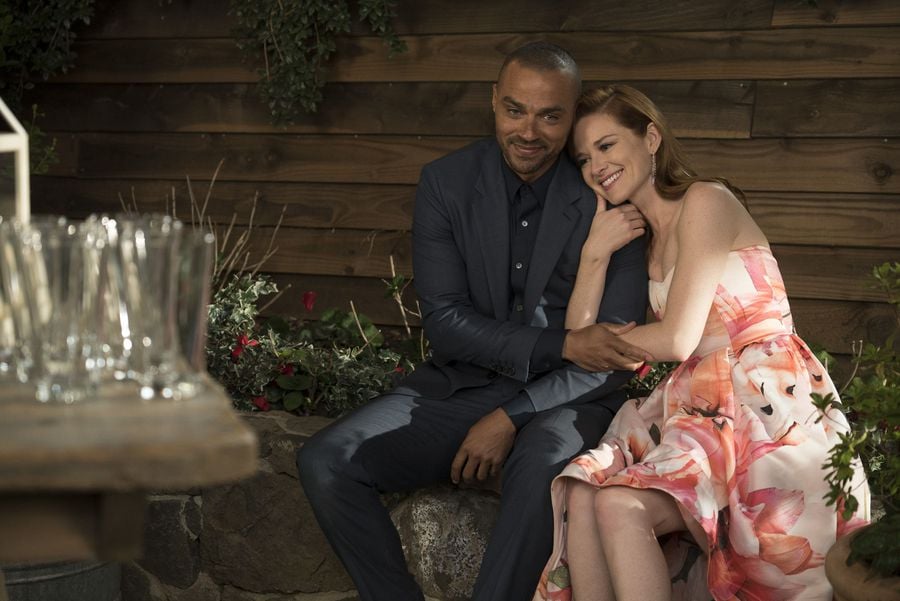 In an alternate Grey's Anatomy universe where April was still around, there would have been many discussions about what Jackson taking such a serious step forward in his relationship with Maggie meant for Harriet. After all, April and Jackson are the first couple with a child on this show to divorce, reach an amicable and even loving place in their relationship, and then both move on with other people while still living in close proximity to one another. In the past, when couples with children have split, their custody arrangements have either been ugly — as with Callie or Arizona — or off screen, like with Miranda and Tucker.

Keeping April around would've provided ample opportunity for the sorts of interactions we haven't really seen before: April becoming a stepparent to Matthew's daughter, Ruby, and raising her as a sibling to Harriet; Jackson and Matthew figuring out their relationship as Harriet's two father figures; and April, Jackson, and Maggie working out what Maggie will be to Harriet as she grows closer to Jackson.

But instead we've gotten none of that, and in all of Jackson and Maggie's bickering about their relationship, Harriet hasn't really seemed like much of a concern for either of them. Most likely, the show hasn't wanted to continue reminding us of the April-shaped hole in the season, but the problem is that by ignoring her, it makes Jackson seem like a less involved and attentive father than previous seasons have shown him to be. In losing April, we seem to have also lost some of the layers that made Jackson such a compelling and complex character himself.

Jackson aside, season 15 has suffered without April Kepner. There's no telling what sorts of storylines, apart from Jackson and Harriet, she would have gotten this past season, but we can speculate given where she was at the end of season 14 and what we know of her character.

Related:
What Grey's Anatomy Gets Right — and Wrong — About Women in Crisis

She would have been on the hunt for a new best friend after the departure of Arizona and could've easily bonded with Teddy (after all, she already has a close relationship with Owen), especially since she would've known exactly what it's like to go through a pregnancy where the father is a man she loved but couldn't be with. She also, as a newlywed, would probably have been in blissful matchmaker mode and would've been a fun person to have around when Meredith's love triangle with Link and DeLuca was going on. And considering she was the first person Tom Koracick confided in about the loss of his son, she might've been a good friend for him, which would've been beneficial for them both — especially since Tom is probably going to need a friend soon.

It might've also been sweet to see her bond with characters whose faiths differ from her own, such as Qadri (who really needs something to do) or Levi, whose calming Hebrew lullaby was one of the sweetest parts of the season 15 finale. After all, a rabbi was the one to pull April back from the spiritual brink in season 14, and the show could've continued to thoughtfully explore those same sorts of discussions with April and other characters of faith.

Additionally, given the show's penchant for shining a spotlight on current events, April would've been the perfect character to use to explore many of the recent issues facing women's reproductive health. Both her deep faith and her decision in season 11 to terminate her pregnancy with her son, Samuel, at 24 weeks rather than allow him to continue to suffer in the womb would've made her the ideal choice to sensitively discuss a deeply painful and personal topic.

While I know it's unlikely, I'm hoping that Grey's Anatomy sees the error of their ways and decides to course correct in season 16, bringing April back into the fold for good. It's not outside the realm of possibilities that Sarah Drew could come back, since her pilot didn't get picked up, and the show has even written in an easy way for April to return to Grey Sloan, with Teddy Altman, the Chief of Trauma, about to go on maternity leave. Maybe Miranda Bailey calls up April and convinces her to come back and fill in for three months, which turns into a permanent position. Maybe she returns because of whatever's going on with Jackson, and for some reason never leaves. Or maybe she comes back as a patient — pregnant with Matthew's baby, perhaps? — and circumstances conspire to keep her around.

There's any number of ways the show could bring her back in a believable way, but no matter how they do it, I'll be on board. This show is better with April Kepner on it, and it's time it brought her back.